When your movie has been on the shelves for over a year because of the studio’s bankruptcy, it’s a clear sign that it has no confidence of becoming good at all. So, it’s understandable Masterminds turned out to be in the process. And this was actually based on a true story that’s unbelievable of the 1997 Loomis Fargo robbery as it was the largest heist in U.S. history with $17 million stolen.

When you have a funny cast with Zack Galifianakis, Kristen Wiig, Owen Wilson and Jason Sudeikis and it’s directed by Jared Hess, of Napoleon Dynamite fame, it would sound like a hit on their hands- and completely failed in an attempt at actual comedy here. Nothing in this worked whatsoever and even though the trailers wasn’t interesting at all, it still didn’t make any difference. 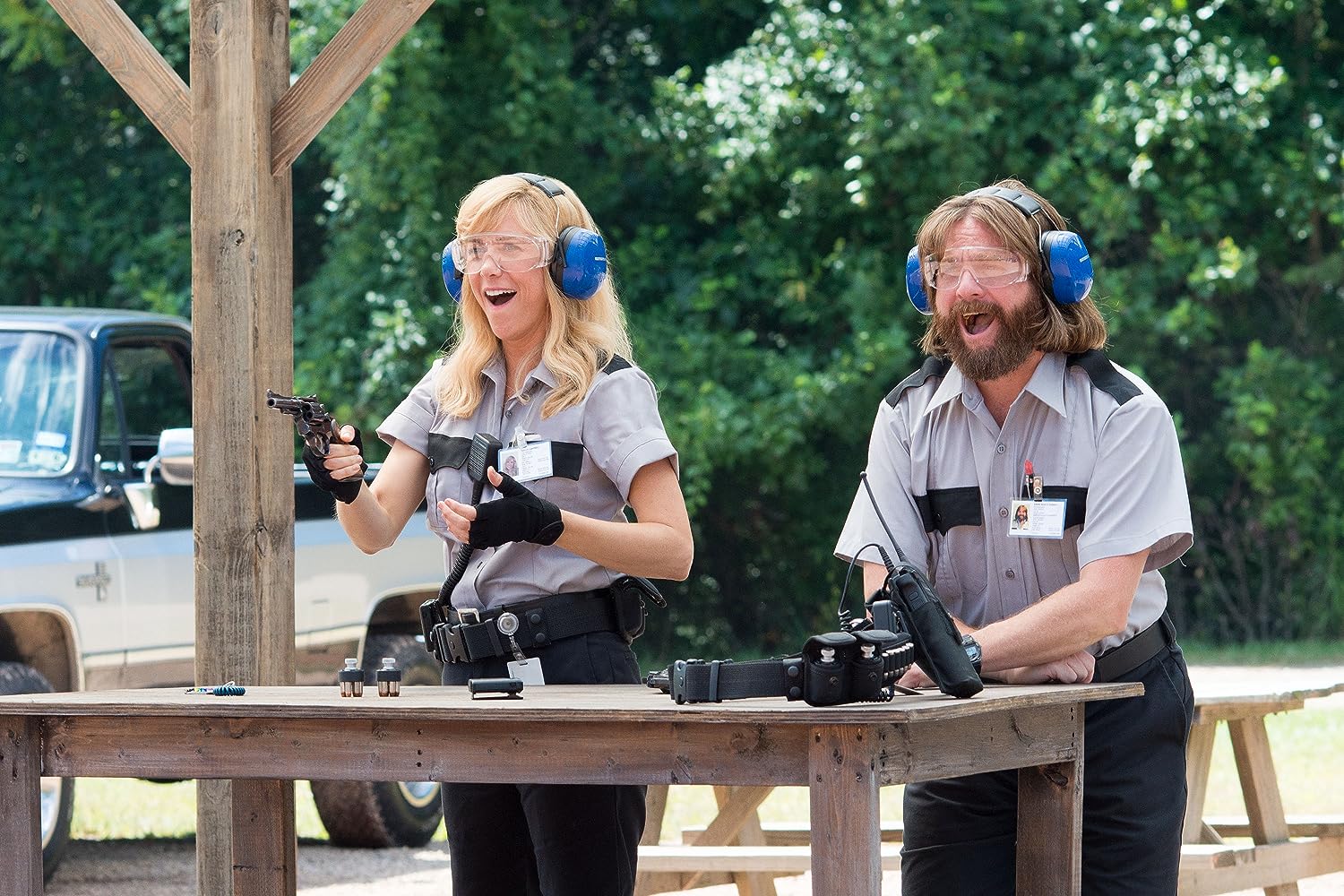 All of the jokes are lazy and pathetic that shows off laughs that kindergarten would laugh at. Written by three writers, how could they write this badly? Nothing made me laugh not even the slightest maybe a grin at best. Every single character is some sort of idiot, which is baffling to the highest degree and even the comradery between them is not there.

Galifianakis is expected to play a character that’s dumb but to stoop to that level is saying something. As of lately, he has been doing the same type of performance every time, and I’m getting sick of it. And having him in bad wigs doesn’t help.  I defended Kate McKinnon in Ghostbusters because she was actually funny and people should stop complaining about her in that. But in this, her performance was just super awkward and weird throughout and not funny. Oddly enough, three of the four Ghostbusters are in here (Wiig, McKinnon and Leslie Jones) and it’s a good thing that was funnier than this in a mini-reunion. This story overall gets convoluted in wackiness and utter nonsense of giving the effort of not even trying.

The only thing that possibly redeemable was Wilson because he actually wasn’t too bad in this through his character was stupid, he was terrible. Everybody else was an embarrassment to be in here. It feels like the equivalent of someone winning the Powerball lottery and losing it all on something idiotic. Even when it’s a terrible comedy, the bloopers should gain a few chuckles and yet, nothing. Like it was being an excuse for not having the laughs for 90 minutes here’s outtakes to hopefully get a giggle. Not!

Masterminds it’s just painfully dumb. It’s basically Pain and Gain only without the murder and wit along with. They called this the “Hillbilly Heist” and even hillbillies should be offended by this. The wait is not warranted this with this comedy at all.

Masterminds lacked very much potential with this true-life story with a comedy that wasted this talented cast on abysmal jokes.