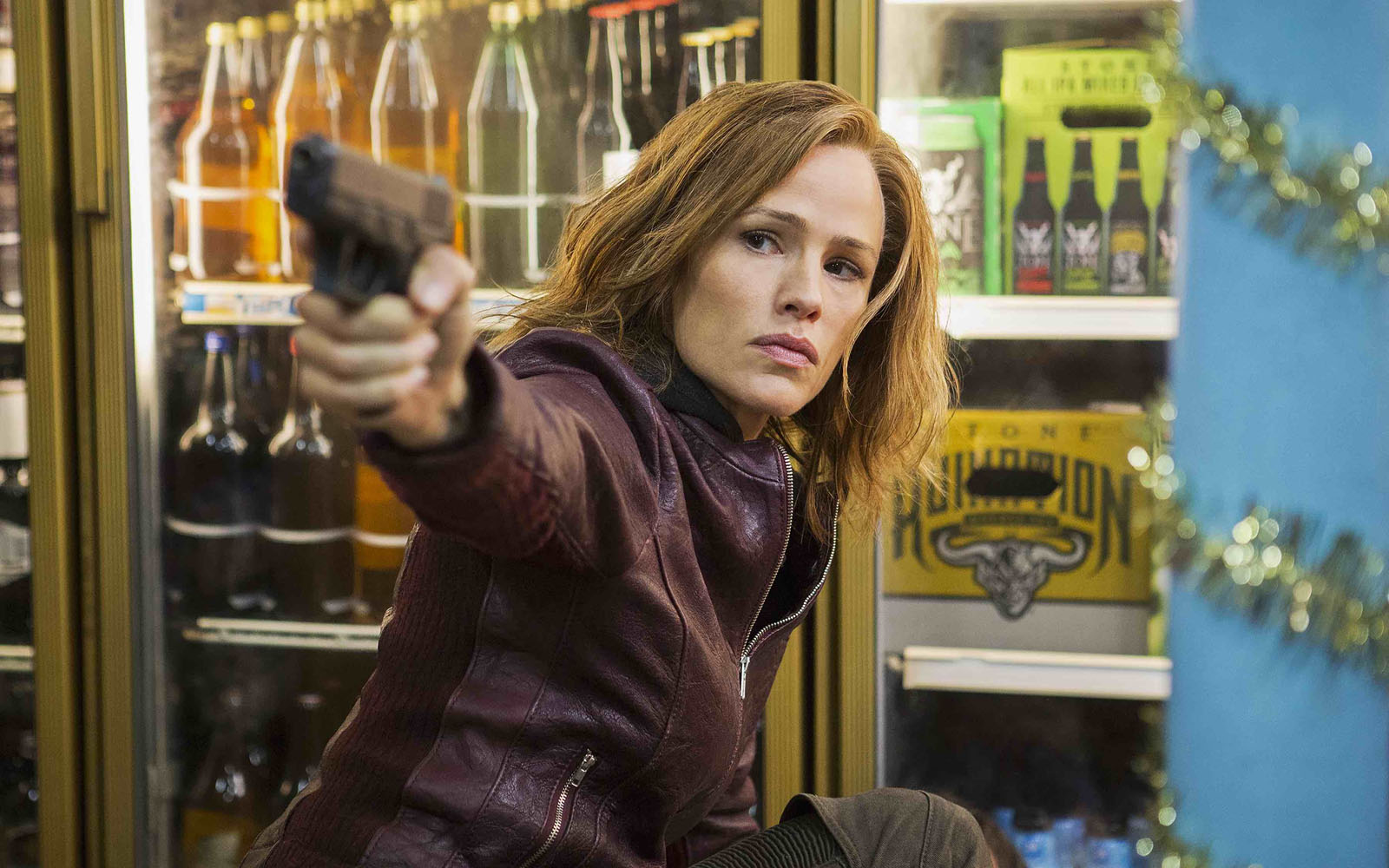 It seems like the revenge plotline in any movie now is becoming a little tedious, especially in the past few years. At this rate, sometimes it can get tiring if you asked me. And since we’re still with the ongoing tread of celebrities over 40 becoming action stars today, why not Jennifer Garner when she’s out to pursue justice in the latest cliche action thriller Peppermint. Oh, boy.

What’s the Story: After witnessing her husband and her daughter being gunned down in a drive-by shooting, Riley North (Garner) sets out on a path of revenge against the cartel that caused her life to be nothing but emptiness after the gang members were let free after what they have done.

Director Pierre Morel is well known for directing the first Taken 9 years ago, and that was a great movie. Since then, nothing in his filmography looked interesting enough to check out. Hearing about Peppermint and after checking out out the trailer, it looked like the Death Wish remake but watchable. It looked fine, though it doesn’t look anything amazing. This easily could’ve been something that’s easy enough to rent later on since Peppermint left me unimpressed all the way through.

I’ll go for this already: Just going into the main issue that Peppermint has on its mind is that even though this is a vigilante revenge story where we really want to see Riley kill the men responsible for the death of her family, there wasn’t a single ounce of sympathy after the first act. Sure, there needs to be justice restored into this crime neighborhood or something, but the script by Chad St. John (London Has Fallen) offers little to nothing about what’s going on between those five years Riley “supposedly” been training. Can we have something that would give the audience insight into how she became this badass? Apparently not. Aside from the fact that this didn’t make me emotionally evolved in some capacity, that’s a sign that the rest of the movie isn’t anything to get worked up about.

Should we be getting excited about her killing the three men? Nope, it seems like two of them was killed off screen and one of them Riley killed in the first scene. If that’s not bad, we also have John Gallagher Jr. (very underrated and considerably fine in this role) and John Ortiz as the L.A. detectives who are on the trail of Riley’s crimes. Do we believe that this soccer mom is the cause of all of this? Well, it couldn’t have been someone’s family that was murdered five years ago.

Garner is here is really the film’s saving grace. Though I didn’t care enough about her character, later on, she ultimately gives a steady performance where she’s trying and giving some genuine emotions when she needs to be. This isn’t the first rodeo in the action genre. Remember when she really broke out her show Alias as Sydney Bristow? That’s one of those shows I haven’t watched, but I think that helped with her training. At least she does a better job in here than in Elektra (more less said about that, the better).

The action, along with the editing, doesn’t come off as anything impressive. It comes off as brutal and violet whenever it happens, but it didn’t exactly make me care about when it was happening onscreen. Even the portrayal of the cartel comes off as cartoonish villains in every scene they’re in, and it kind of comes off as stereotyped.

And finally, why is the movie called “Peppermint”? It’s really only referenced about two things at which it was the last ice cream Riley’s daughter ever ate until her death. Would’ve been a lot cooler if she makes a habit of eating a peppermint after each kill. I guess.

In the end, Peppermint isn’t a fun watch at all, and it doesn’t lead to a solid time watching two hours of a basic story trying to give reason to itself. This isn’t John Wick or The Punisher; it’s just a bland string of forgetfulness by the time the credits roll leaving you thinking about what’s coming out next weekend. And you just feel bad because Garner hasn’t really been in a good movie in a long time where she’s the main lead. With an action flick like this, this could’ve been so much better. And over the 24 hour period after I’ve seen it, it left my mind very quickly.

Peppermint might provide a strong performance out of Jennifer Garner, but this revenge thriller brings a dull and unsympathetic storyline that isn’t enough to really pay attention to.

One thought on “‘Peppermint’: Film Review”