Parts in my life wondered if I’ll ever own a dog for myself. If that were to happen, it wouldn’t be a problem if its inner voice was similar to Kevin Costner. Fox’s The Art of Racing in the Rain is a drama that’s suited well for the kind of demographic who are the owners of a dog of any species and release so much to Simon Curtis’ (My Week with Marilyn) adaptation of Garth Stein’s novel of the same name that makes this a worthy watch for dog lovers. Since it worried me this would like A Dog’s Purpose or its sequel that would feel like something from Nicholas Sparks, this wasn’t it, thankfully.

What’s the Story: Denny Swift (Milo Ventimiglia) is a Formula One race car driver who understands that the techniques needed on the racetrack can also be used to successfully navigate everyday life. Besides his career, Denny has three loves of his life — his beautiful wife Eve (Amanda Seyfried), their young daughter and his best friend Enzo (voiced by Kevin Costner), which is a dog that wants to be reincarnated into a human. 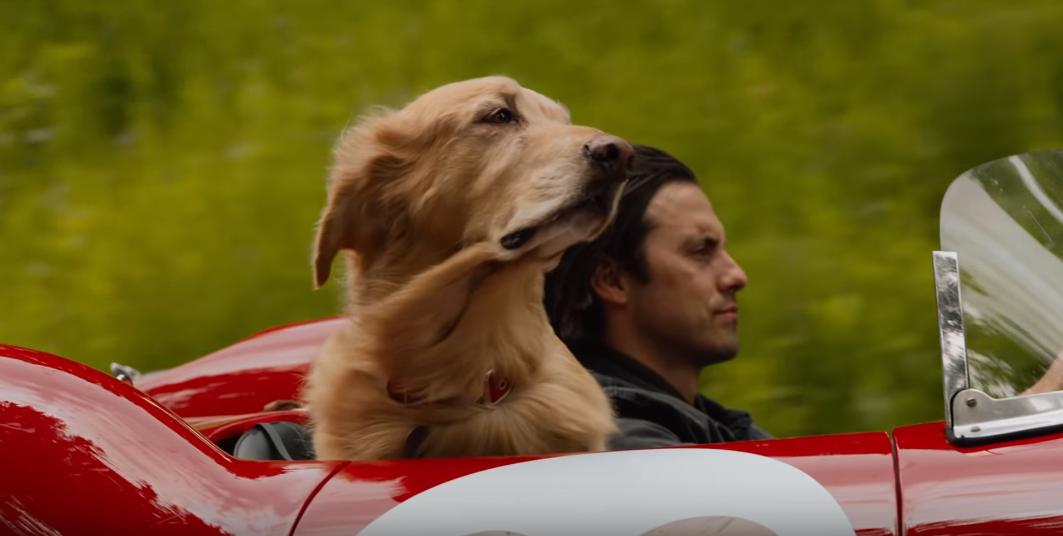 I didn’t get to see this in theaters since I was busy that weekend it was released, but I was interested because it looked like it was going to be one of the better dog focused movies to come out. Because if you noticed recently, there hasn’t been a ton of good ones out there, at least live-action wise. The only one I probably enjoyed was Marley and Me, another property from Fox. The mixed reviews for this didn’t surprise me too much, for some reason, but I didn’t know what to really expect from this drama. Safe to say I’m in the minority by saying I didn’t mind The Art of Racing in the Rain, and I will not be harsh on this than the other critics out there.

Funny enough when I first read the title, my head went to thinking it would be about track and field or something. I never thought the focus would be on a dog. Never had read the book before it, its translation to screen by writer Mark Bomback (Dawn of the Planet of the Apes) that knew when it’s supposed to be pleasantly heartwarming without being too cheesy around the central story. Is this the most well-written dialogue in the world? No, but that wasn’t what I wanted to entirely notice while watching. We are seeing things through Enzo’s perspective on life, to when he’s picked by his owner to meeting the love of his life and having a daughter of their own. This idea could’ve been ridiculous hearing about, but he has the mind of a human that sees things around him through a philosophical sense. If only all dogs would.

What didn’t make this unwatchable was enjoying the relationship between Denny and Enzo as time passes.  Their bond together was lovable and it’s sweet to see how those who’ve had a dog now or in the past had felt something like this for a long time. For one, I thought Costner did an excellent job in providing the inner voice of Enzo, as that’s kind of the exact voice suited right for a Golden Retriever. We don’t even see his face and he was even convincing enough to be a dog I would want to keep. And whenever Ventimiglia is in a role, you just know he’s going to give a likable performance, which is a reminder why he should be in more movies. He must’ve had fun working along with the dogs who played his trusty friend. I liked the scenes between him and Amanda Seyfried, and you tend to care about this couple as the movie carries on with their life together when they start a family. 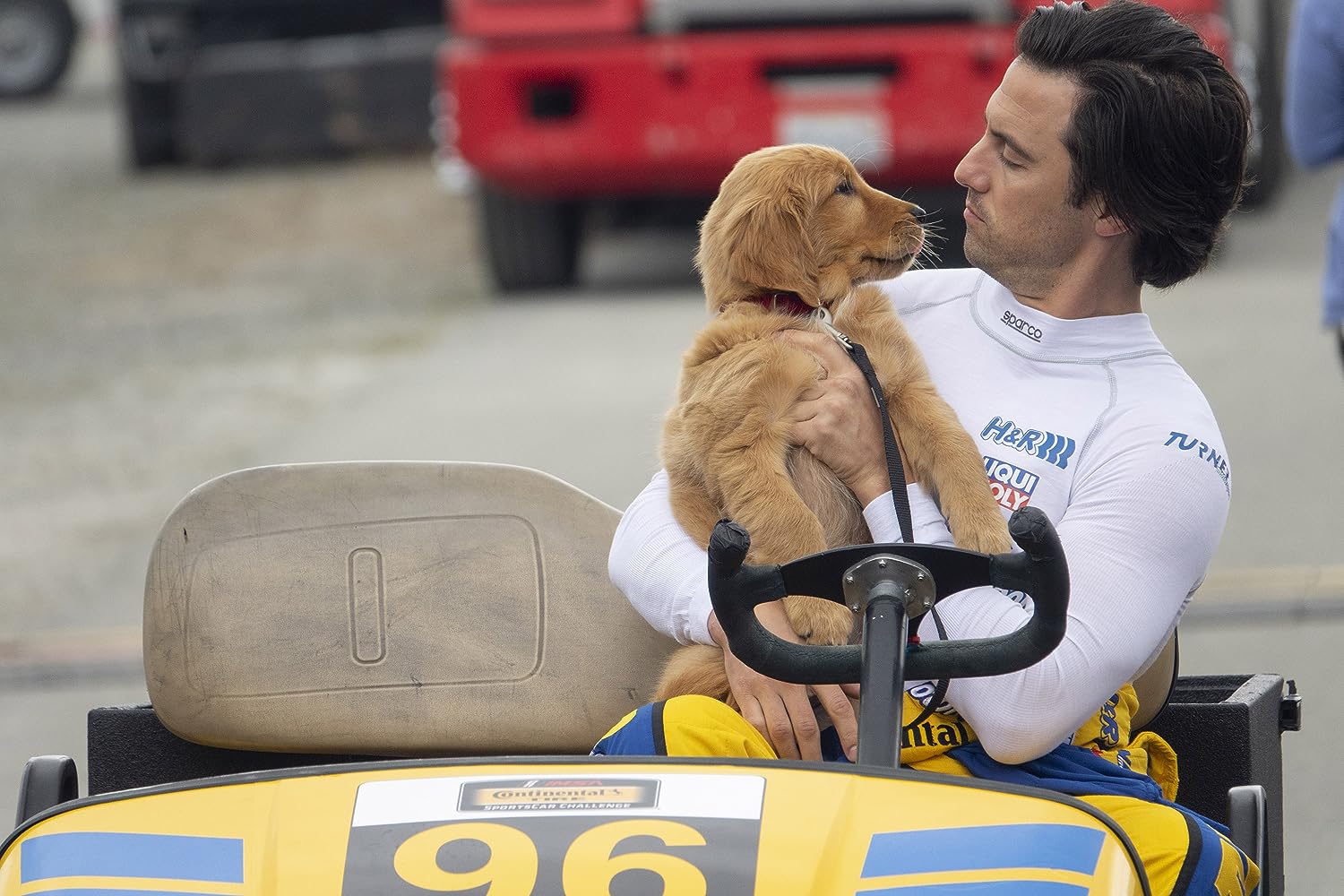 If you’re not into everything being sentimental to fill the bleak place in your soul, there isn’t a chance you’ll enjoy this. Does this go out of its way of being one of the biggest cliche and predictable movies ever made last year? It’s right up there. Any moment where it Eve’s parents and Denny’s in-laws (Kathy Baker and Martin Donovan), you just know they aren’t going to be pleased whenever he’s around. This goes for those melodramatic moments that I felt were unexpected and messes with the more lighthearted tone that the movie was already going for. Let it be sure nothing in here made me cry since it wasn’t making me emotional enough to get to that stage, but it has an ending that’s ultimately sweet. For as much as I was already liking this, about halfway through I was waiting for Curtis to ruin something in the story to make me dislike it, luckily, I still cared about what was going on, especially with Enzo.

Surprising to say, I quite enjoyed The Art of Racing in the Rain. Does it go for the sentimental value with its cliches? Sure, but I thought it was heart-warming and how any relationship between a man and his dog can be special that anyone can some amount of enjoyment out of. I have a feeling if you’re one of those who read the book will find this a pleasant want.