Most dolls have always been creepy, which is why others tend to be afraid whenever one looks very creepy like Chucky. Since almost every horror movie from the ‘80s is being remade, it was only a matter of time for Hollywood to take on Child’s Play, for better or worse.

What’s the Story: Karen (Aubrey Plaza) gives her young son Andy (Gabriel Bateman) a high-tech Buddi doll for his birthday that’s named Chucky (voiced by Mark Hamill) that becomes self-aware and sinister than it may think and wants to be Andy’s friend. 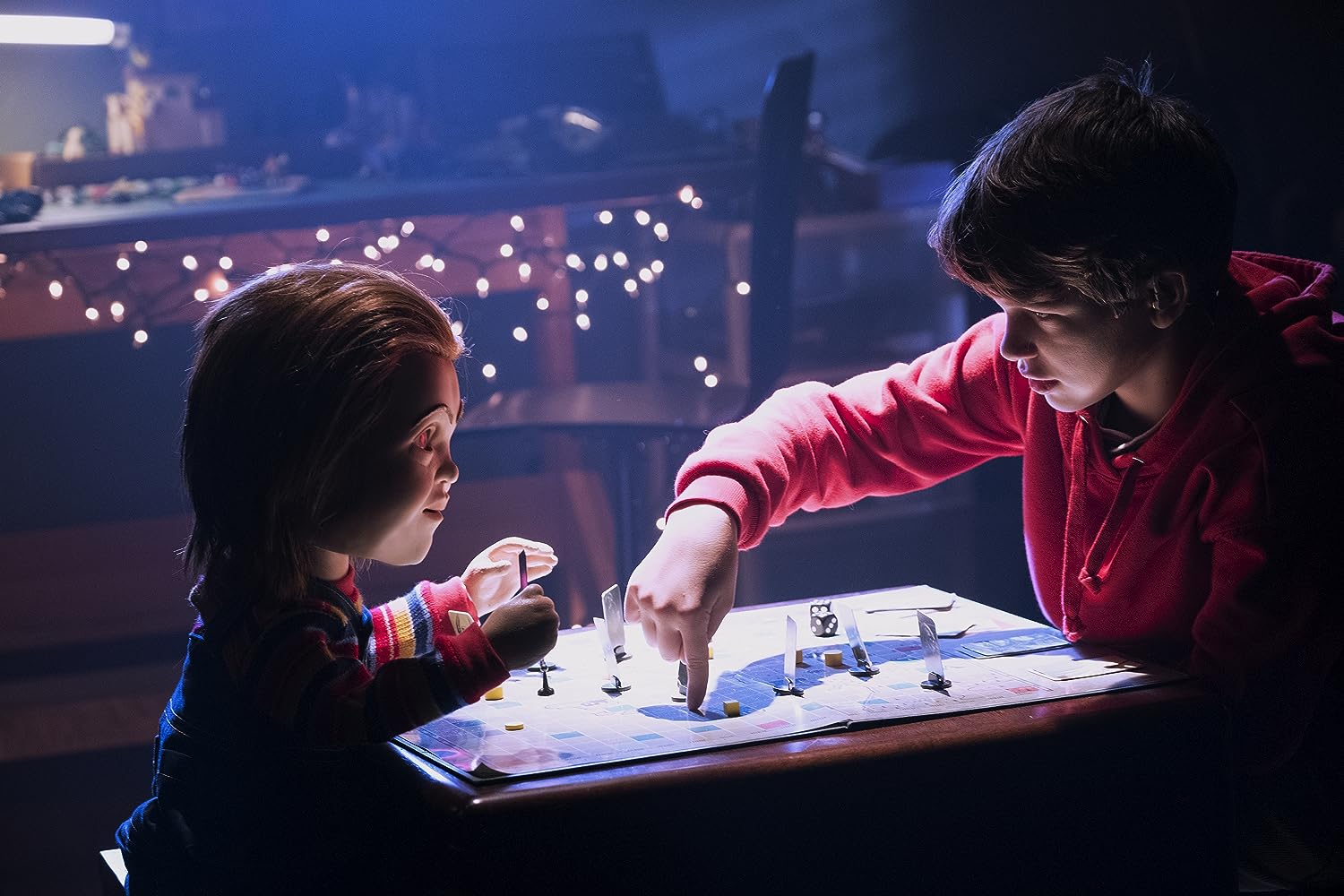 The 1988 original from director Tom Holland wasn’t the most well-written horror movie out there, but there was always something scary about the premise that worked out well, making it a cult-following. That was the only good movie from the franchise as it went on to seven sequels (two were direct-to-DVD) that aren’t as well-liked. The last theatrically released entry, Seed of Chucky, was the one that was too ridiculous in combining horror and comedy. Although, it looks a bit disrespectful on deciding to re-tool this franchise, created by Don Mancini, while it’s still going with Universal, with a television show airing this year. It’s one of those remakes I’m going to forget and not think anything of it later on. Judging this as a remake and how much I enjoyed this version of Child’s Play, I didn’t like it as much as some purist of this would think.

As much as I was dreading this, updating this story to incorporate artificial intelligence instead of transferring a soul into a doll didn’t sound too bad of an idea. It was a take I will get on board with since I didn’t want this remake to be the same thing as the original. But if this was trying to teach us a lesson about technology and the dangers of what it’s becoming in our society, it resorts to being “meh” if that was what they were going for. Director Lars Klevberg and writer Tyler Burton Smith didn’t try to make this a dark, serious movie like its counterpart, as this tried to inject some humor I didn’t think worked, but knew what kind of movie this was going for in the long run.

It was exciting to learn the news that Hamill would voice Chucky this time around. Even if I knew I would not care about this, I was sure he would be one of the best parts.  Of course, there’s nobody better to voice the psychotic doll than Brad Dourif since we have known him as the voice since the beginning. There’s no changing that. But Hamill always had the type of evil voice that’s never dull whenever he’s in charge of the character. He does the Joker if that doesn’t ring a bell. As for the look of the Chucky doll, how did this get agreed upon when it looks borderline creepy and will give many people’s nightmares. It looked horrible when it first appeared in the second trailer. If this Buddi doll actually exists, there’s no way in heck I’m buying that for my kid. Stuffed animals for life.

The performances were as bad as I thought they would be. Bateman is no stranger to horror films as he did a terrific job in 2016’s Lights Out, and he doesn’t do too bad of a job for his performance as Andy. Plaza as Andy’s mom was an interesting choice. Love her, by the way. Though about her relationship with Bateman as her son, part of me didn’t buy them as mother-and-son as much as brother-and-sister, for some reason. Brian Tyree Henry plays a detective who lives in the same apartment building as them, and he had a well-meaning screen presence. Plaza and Tyree Henry’s performances were fine, though I wished more to do, especially the latter who I just wasted.

But as I was watching, I couldn’t help but think of this as a flat remake with not a lot to it. There’s nothing about the story we haven’t seen before, and besides Andy, none of the other characters were enough to make me care about. In judging any horror movie that comes my way, does it do a good job of making me scared? It didn’t. Yeah, there was nothing about this remake that made me jump out of fear, and that’s mainly because most of the unexpectedly bloody kills in here pointed to being ridiculous and not believable. Not even the tension brought it up a peg. I didn’t care about Andy’s friends, even when they need to join him near the third act.

Failed to be entertaining or scary, Child’s Play positions itself as a middle of the road horror remake that doesn’t amount to anything with its cheap scares for a short 90 minutes. Just stick with the original if that holds close to you. Another one of these probably won’t make anything better.