As someone who didn’t watch the original Shaft with Richard Roundtree or the others that followed after, even I knew he has been a part of the blaxploitation period since most viewed him as a superhero in the black community. The last time we saw this character was in John Singleton’s 2000 movie with Samuel L. Jackson taking on the role, which I heard wasn’t too bad. But a question needs to be asked: Who wanted to see the return of this fictional character? Probably no one. 2019’s Shaft could’ve been a lot of fun, but I have no idea how people found this funny because it’s terrible. Dig it!

What’s the Story: John Shaft Jr. (Jessie T. Usher) may be an FBI cybersecurity expert, but to uncover the truth behind his best friend’s untimely death, he needs an education that only his dad can provide. Absent throughout his childhood, the legendary John Shaft (Samuel L. Jackson) agrees to help his son navigate the heroin-infested underbelly of Harlem, N.Y. Besides, the locked and loaded Shaft has his own score to settle — both professional and personal.

Just from watching the trailer for the action-comedy, it totally didn’t convince me it was going to be entertaining to watch. This was a property anybody was asking to come back. That said, I was curious to see if this would work, especially with Jackson in the lead this time around. And if you read the list of my Top 10 Worst Movies of 2019, then the answer is already clear.

There are days where I feel bad for director Tim Story because if looking at his filmography, he hasn’t made a lot of hits, if we’re talking from a critical standpoint, and Shaft proved he isn’t that good of a director when given any material. When he’s the same guy that’s responsible for helming the Ride Along franchise, that doesn’t spell out good. His direction is very bland with no style found in the generic action, as if it could’ve been released on Netflix rather than the theater, which explains why it was internationally.

With talking about the performances from everybody, I wished they were better. The problem with that reason was that I didn’t care one bit about the main characters at all due to how poorly written they came out.  Jackson seemed to have the most fun reprising his role as Shaft. Yet, I couldn’t help but found his character unlikable right from the start if he was trying to care. Then, you have Jessie T. Usher, who will never be on my radar after his dismissal performance in Independence Day: Resurgence, and this continues that opinion entirely. The two of them as father-and-son wasn’t working for me since their chemistry lacked substance. And poor talents like Regina Hall and Alexandra Shipp don’t get a lot to do as John Shaft’s ex-wife and J.J.’s friend/ possible girlfriend. And finally, there’s Richard Roundtree, the original Shaft. Was there a reason for him to be in here? I didn’t think so since he doesn’t show up until the third act. Just put this under the category of glorified cameos. Honestly, I wanted more of him. Might I also add that Roundtree and Jackson were born six years apart, and it would be impossible for them to play father-and-son in here? 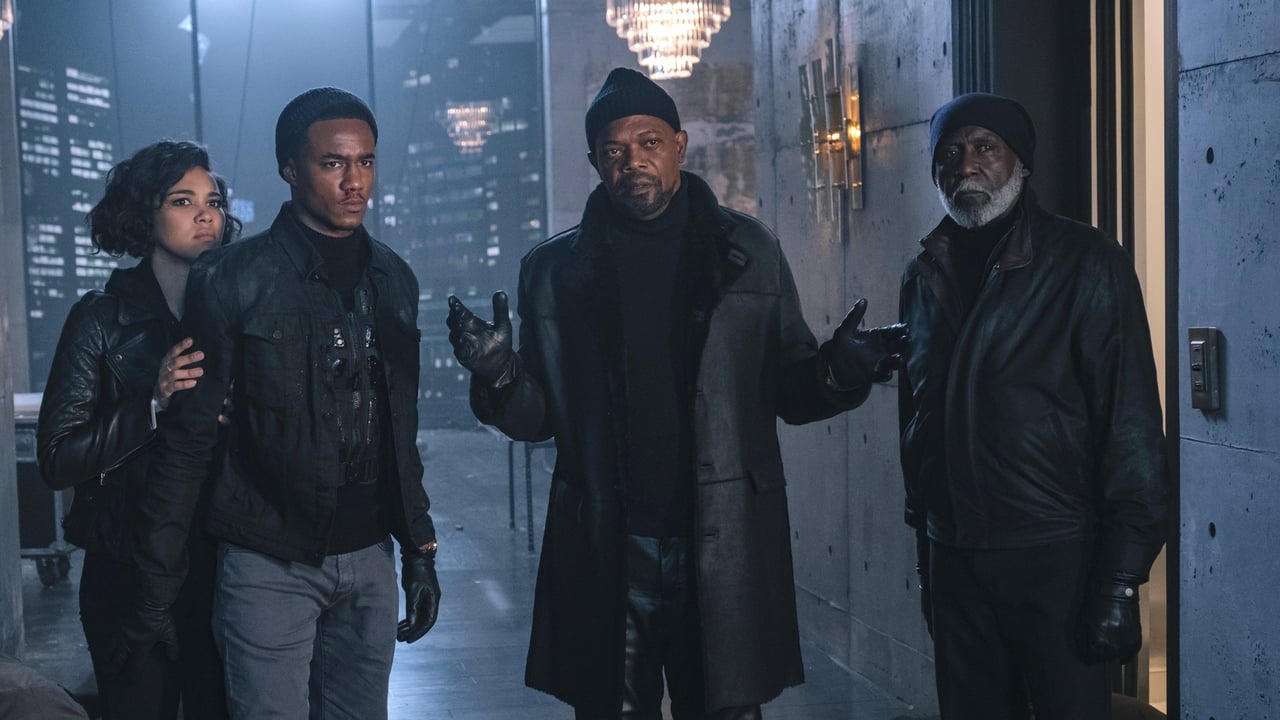 But what should be the ultimate blame why this remake or whatever failed was the screenplay, which is a massive shame to know it was written by Kenya Barris and Alex Barnow. Not only was it bad because of the forgettable storyline with villains that mean nothing, but all of the humor here was tasteless. Sometimes it’s hard to get me to laugh; these weren’t even funny when a majority of them are pointless cracks of J.J.’s style and his sexuality, or misogynistic jokes that wouldn’t work today, or with any movie that even dares to do these jokes for laughs. I managed to get in a quick chuckle around the midway point. Again with the villains, they were erased from my brain very quickly.

Just from writing this review, I never realized how difficult it was to give my thoughts on Shaft for almost a year since I watched it. Man, was this horrible and a total waste of time. Not a single person on earth wanted this when it’s a continuation that’s completely unfunny and entirely bland. If you’re lucky enough to avoid this trainwreck, just go ahead and watch the original with the Oscar-winning theme from Issac Hayes or the other. This movie is one bad mutha…