Never cared about slasher movies since those kinds of horror movies get repetitive. But have we seen a horror film where our main characters get killed and wake up doing the same thing? Happy Death Day will surely think that really is a nightmare?

Tree (Jessica Rothe, La La Land) is one of the most popular girls on campus without a care in the world that comes to her. However, it turns on her head when she is murdered by a killer wearing a baby face mask on her birthday and begins to relive the same day over and over again until she can find her killer and prevent this from being dead.

The premise of somebody repeating the same day isn’t anything new to Hollywood as we’ve seen it done tons of times before with comedy in Groundhog Day (which they referenced) or with Sci-Fi in Edge of Tomorrow. But something about Happy Death Day made it sound stupid as the trailer looked like another dumb PG-13 horror movie that will likely be trash throughout.  As it turns out, I found this to be good.

This straightforward concept alone sounded like a typical slasher movie on its hands just from judging the trailer and plot. But it can be seen as a horror/comedy in a weird, unexpected way. In that aspect, it became self-aware of itself, which I bought into. I was actually not at the movie, but with it based on the comedic elements added to the film.

Jessica Rothe’s performance as Tree really made the film watchable and carries the film. Yeah, her character is unlikable at the beginning just thinking why should we root for her survival. But she does have development to make us like her and the story arc she has wasn’t bad. She also has good timing with the comedy that needs to be provided. There’s a moment that’s between her and her one night stand Carter (Israel Broussard) that was undoubtedly different we haven’t seen from this type of horror movie.

Director Christopher Landon (Paranormal Activity: The Marked Ones, Scouts Guides to the Zombie Apocalypse) competently did a fine job with the directing scenes that involves Tree being killed numerous times. He kept this film going at a fast pace without feeling dull. It even went out of the way to have a montage with her trying to figure out who her killer is. And it goes out of its way of making this unpredictable thinking something one way or another.

For the story itself, it isn’t anything original because it’s these kinds of premises are recycled and can get tiresome for a lot of people, which doesn’t make new with what’s given here. And the first half was kind of unbearable with some of the characters and some jump scares that came on too early. 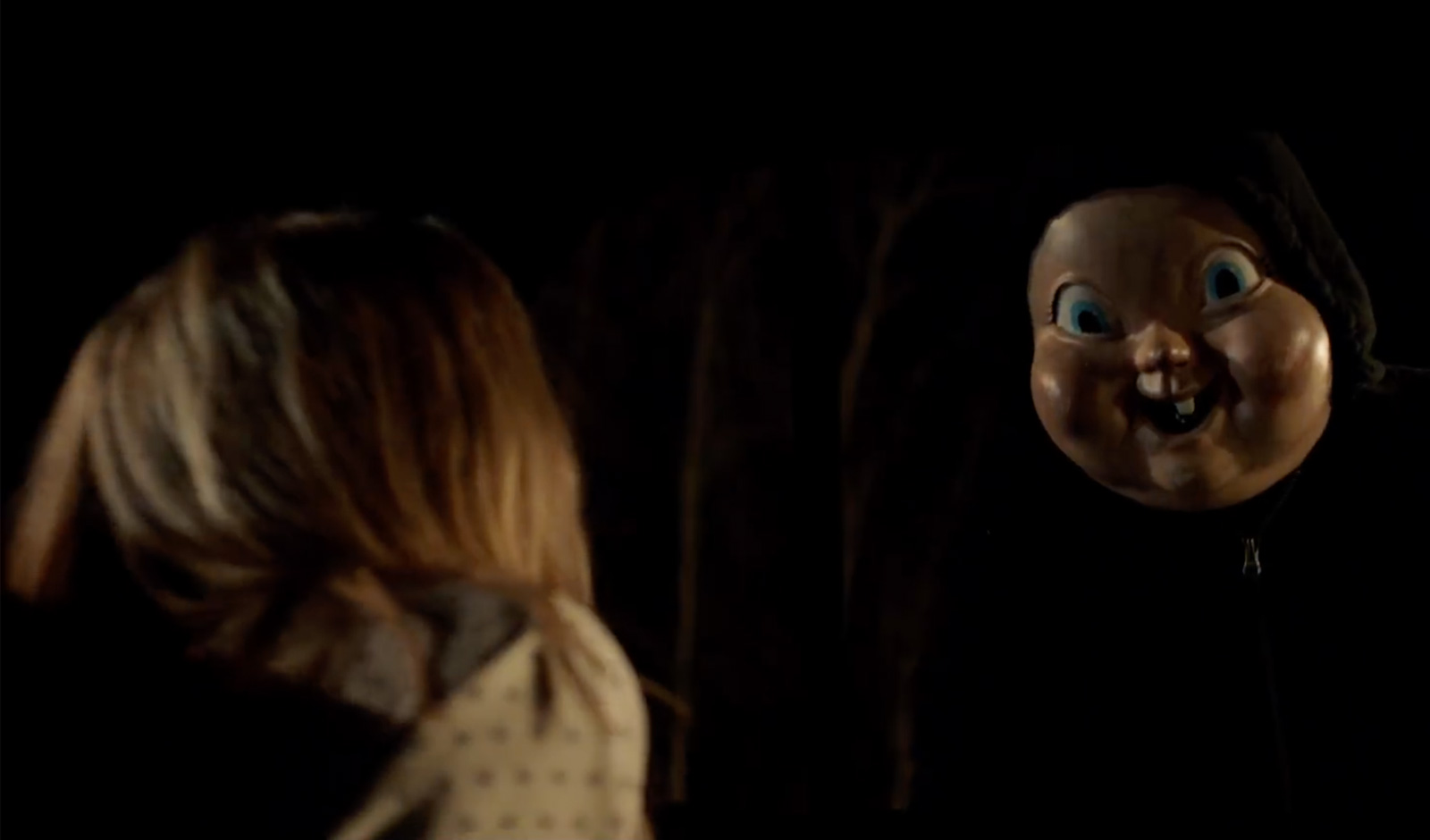 Surprised to say Happy Death Day wasn’t one of the worst movies to come out this year. Though it wasn’t entirely scary as I thought it was going to be, it had a good balance of that and laughs. Good performance from Rothe and it pokes fun at the genre. With the success of Split and Get Out this year, Blumhouse seems to be getting better with horrors movies, as of now. If this comes on TV in the future, it’s probably an easy watch to get some enjoyment.

Happy Death Day does feel familiar now within the horror genre with its clever usage of its simple premise in a humorous way.