How!? How it is that we haven’t had a good movie that’s based on a popular video game franchise? It’s impossible to reach that achievement. We were all hoping that Assassin’s Creed would be the chosen one to hopefully lift the curse. As it stands, it’s bottom of the barrel terrible. And it’s pretty sad that Warcraft is better than this. Sad indeed. But what did I expect to honest? Never played the games before, but I can see that there are elements that are included. It’s the way it’s shown in this that felt lacking. This actually had a good premise involving Callum Lynch (Michael Fassbender) gets killed through a lethal injection and brought back to life by this corporation. They hook him up to place him to his ancestor’s body to hopefully get a device that can end all violence of the world. Sounds cool, but not.

The story was really lame and kind of confusing throughout. Sometimes it doesn’t make sense as the simulations stuff doesn’t work. There’s so much exposition being explained just putting me almost to sleep as it’s uninteresting. By which the scenes where it takes place during the Spanish Inquisition only lasted three scenes that are spread out and the majority is in the present. The action sequences weren’t that impressive as it was pretty boring as it’s the same thing done over again including parkour. 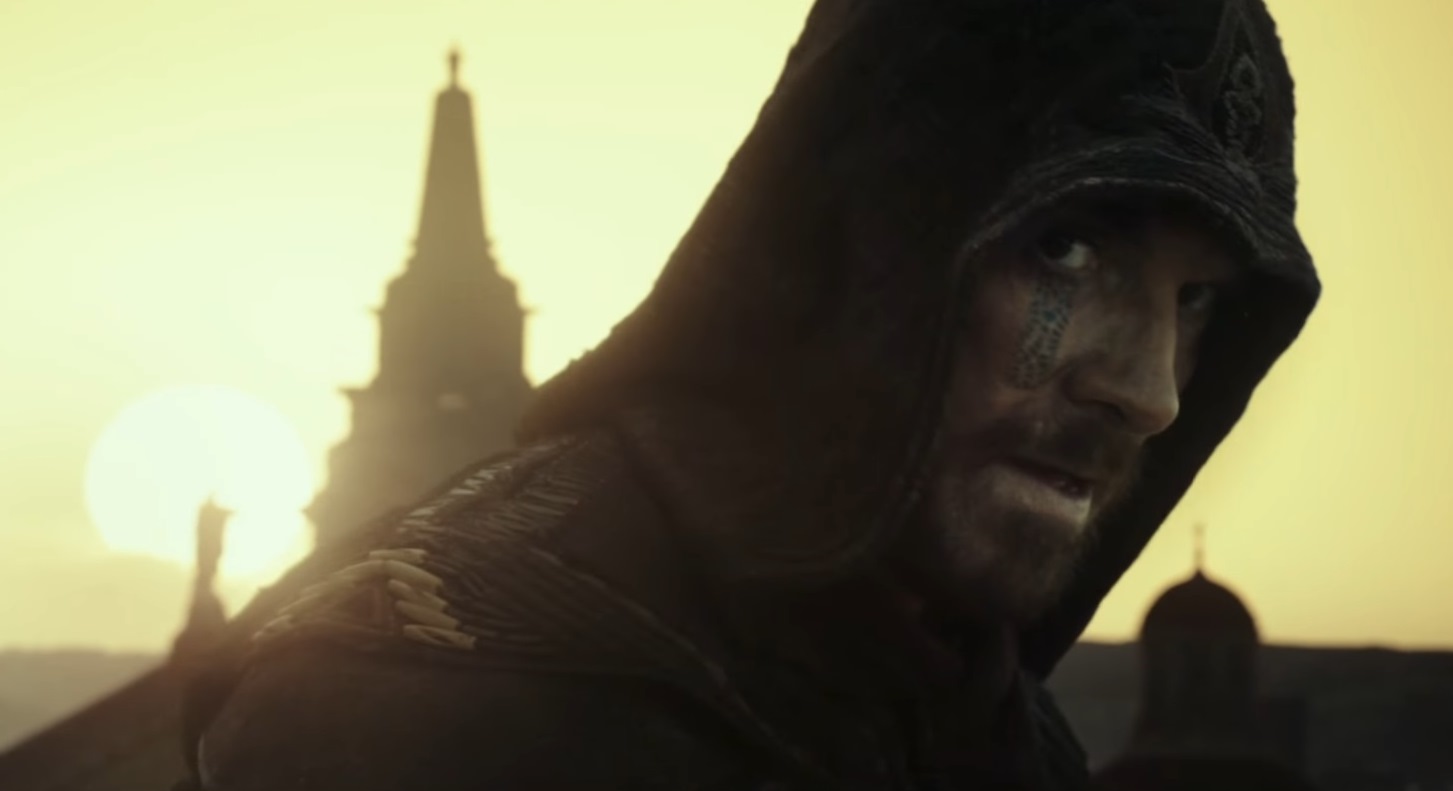 Two questions: 1) Why didn’t it entire movie taken place in the past? It would’ve made it a better quality movie and it wouldn’t have to switch back and forth to the present. 2) Why wasn’t this PG-13? All of the games were Rated M and this is sanitized with action that barely shows blood when the assassins are cutting down people.

Michael Fassbender and Marion Cotillard tried their hardest with their roles, but it’s just their characters, as well as others, are undoubtedly pointless. I couldn’t care less about anybody. What’s worse is that it sets it up for a sequel that probably won’t happen so what’s the point?  At this point, there’s a chance that Uncharted and the reboot of Tomb Rider won’t change anything in mind to these translations. As times passes on, it won’t make in the Top 5 best video game movies. Though the top shot is still Mortal Kombat. It probably won’t disappoint fans who played all the games in the franchise, but to the normal film lovers, it’s a mess. The story isn’t good, the action wasn’t directed well, and just not caring enough to have this on the screen instead of on PS4.

Assassin’s Creed lacked a lot of coherence as this is another failed attempt at a video game adaptation that’s not fun and just stale.