Making a good impression on people is the key to hopefully become part of what they believe in. In this case, you have to not screw up if you wanna hate Heisenberg’s daughter. That’s just a given fact right there. But you gotta ask the question, “Why Him?”

During the holidays, loving but overprotective Ned (Bryan Cranston) travels to California to visit his daughter Stephanie (Zoey Deutch) at Stanford University. While there, he meets his biggest nightmare: her well-meaning but socially awkward boyfriend Laird (James Franco). Even though Laird is a billionaire, Ned disapproves of his freewheeling attitude and unfiltered language. His panic level escalates even further when he learns that Laird plans to ask for Stephanie’s hand in marriage.

We’ve seen these kinds of movies before where the potential boyfriend/girlfriend meets their parents of their significant other for the first time. Whether it be Meet the Parents or Monster in Law. But to address the elephant in the room. Is Why Him? formulaic as constructed in the film’s narrative? In some ways yes. Does it make for a pretty decent comedy? Surprisingly enough, yes indeed. 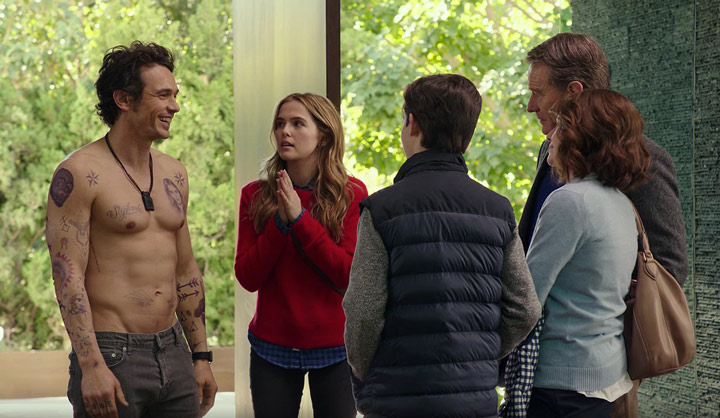 A lot of times throughout, there were some humorous moments that actually made me laugh. While most of them go on for too long, hopefully, the end would make up for the time.

I’ve loved Cranston for years as he’s capable of doing anything if it depends on the genre. Even before Breaking Bad, I always knew he had a funny actor. I grew up watching Malcolm in the Middle and he was hilarious. As the lead in a comedy, he was surprisingly handled it well. Franco always fascinates me. He does pretty much play the same character he’s used to be playing, but he’s more likable here. As Laird, he does come off as annoying at first just thinking why would anything be dating him, but he is a kind-hearted person who loves Deutch and wants Cranston’s blessing. Their chemistry between them worked in their favor. 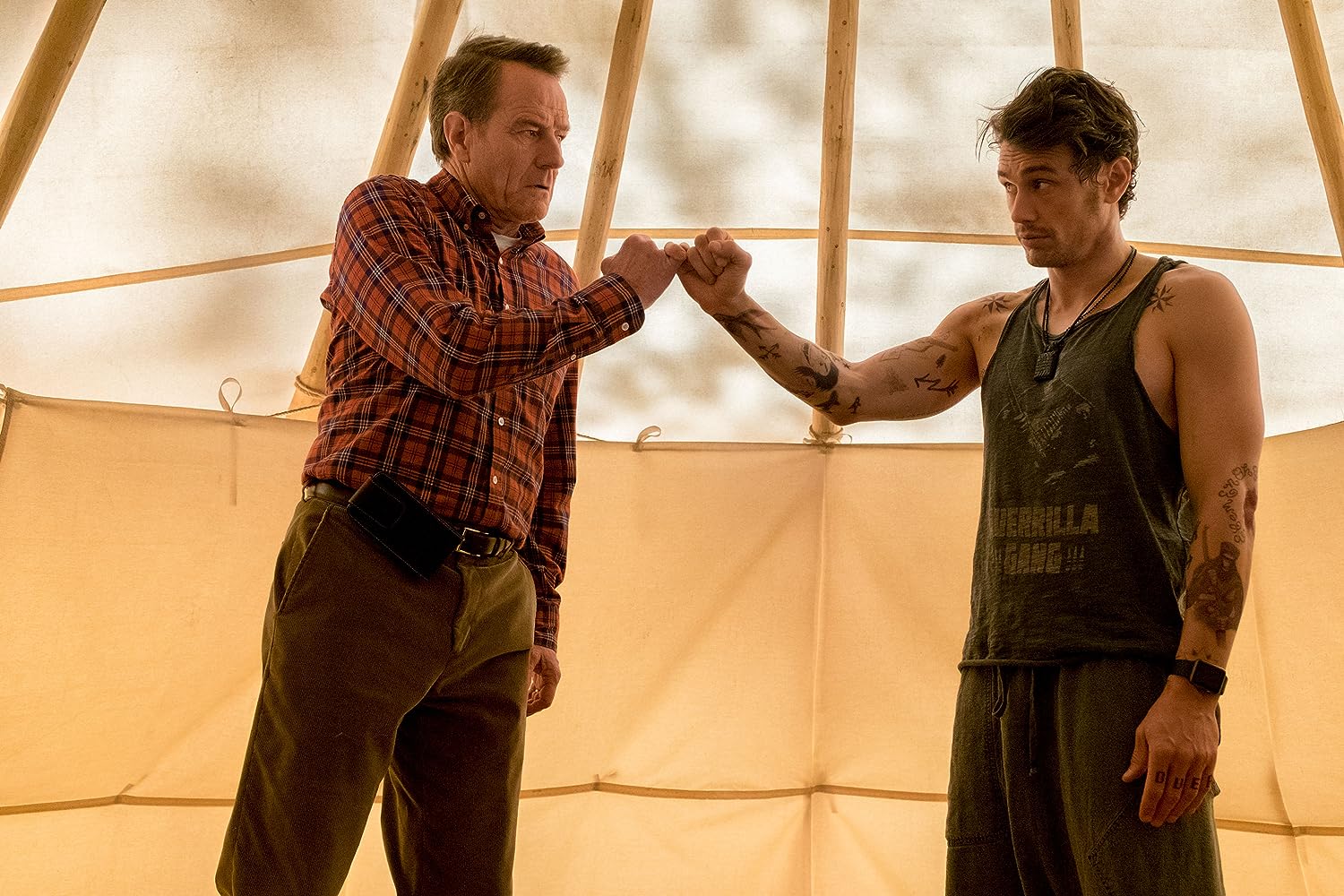 Megan Mullally and Keegan- Michael Key were the funniest standouts here. Mullally brought her funny when she was on Will and Grace, and she still kills it in this film. And Key was so funny as Laird’s friend/calmer assistant. Both have such good humor thrown out them.

There’s nothing here that’s groundbreaking for a comedy, but the R-rating benefited from being a real disaster on our hands. The third act did lag and it’s beat for beat familiar with these kinds of films. And like I mentioned with the jokes being long, most of them didn’t work and it just went for that raunchy humor that isn’t smart.

Personally, Why Him? is on the exact same enjoyment I had with Mike and Dave Need Wedding Dates. If it makes me laugh more than five times, I’m probably gonna end up liking it for what a comedy should be. This could’ve ended up becoming a really dumb movie to end the year and it turned out to be surprisingly good for what it was. As the premise is generic as ever, it’s worth a watch especially if you’re a fan of either Cranston or Franco for that matter.
Although it’s one-note and formulaic as it sounds for this story, Why Him? was generally funny for what it was going for.