Why does it seem like with any film involving Tom Hanks, he’s in danger? Kind of a coincidence. Sully tells the true life story of “The Miracle on the Hudson” where Captain Chesley “Sully” Sullenberger saved 155 souls landing the plane on the Hudson River back in 2009 and the investigation about if he had time to turn back without risking being the lives of many people.

Now, this was a fascinating story to be remembered by. The fact that nobody died is really a miracle and that he’s a true American hero who might have done the right decision. As always, Hanks delivers a great performance. You don’t necessarily see him, you see Captain Chesley Sullenberger in a way like in Captain Phillips. Aaron Eckhart also gave a good performance as the co-pilot of the plane. Both have quality mustaches on a more positive note. 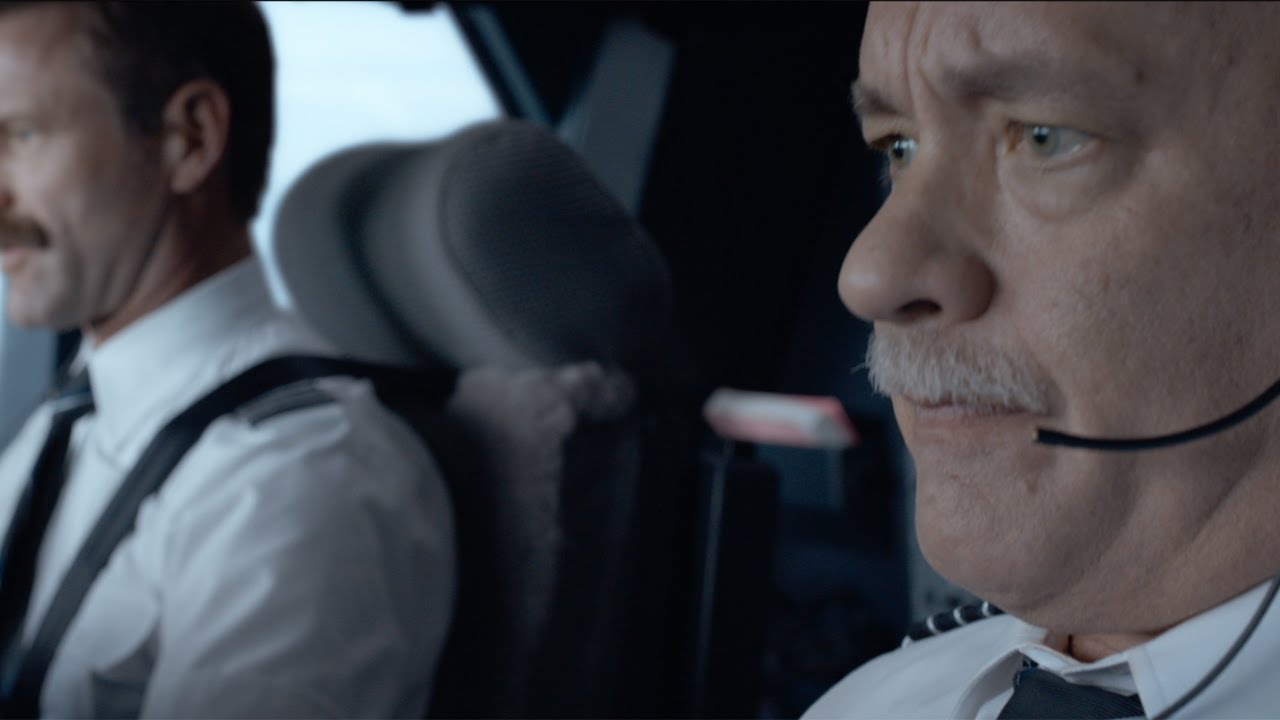 Probably the fear going into this was that it was directed by Clint Eastwood. That’s sad because he hasn’t really made a good movie in a long time, which depends on the pacing and overall hero it turns out. His past few movies weren’t that good especially 2014’s overrated American Sniper. However, he does an excellent job re-telling this story giving his best effort in a long time. How it wasn’t great was that it doesn’t go for a linear narrative because some scenes were told in flashbacks to the actions of what he’s about to get and what’s happening on the plane.

So the structure was a bit difficult and should’ve been told chronology. And Laura Linney was underused ‘cause all she did throughout was walk around and talk on the phone with Hanks. Couldn’t get an actual arc to her story. I thought Sully was gonna have similarities to 2012’s Flight, but without the drug and alcohol use cause it has familiar beats but it’s fine as it stands on its own.

As a biographical film, this is very well told. This is the kind of true story that’s unbelievable that it happened, but you’re on the side of Sully believing what he had done was right all along.

Sully was a very engaging drama about a true hero who did the impossible with a great performance Hanks and Eckhart and Eastwood’s directing.