Back in 1999, mainstream audiences were introduced to The Blair Witch Project. Focusing on three teenagers into the woods to find an  It broke a new wave into the creation of the found footage genre and it became an instant phenomenon. And to be honest, it’s one of those horror movies that I can’t get behind as I think it’s overrated. And the follow-up Book of Shadows: Blair Witch 2 was completely awful as it wasn’t scary at all. So when hearing that Blair Witch was happening, the expectation wasn’t all the way there.

However, I give credit for director Adam Wingard (You’re Next, The Guest) for really keeping this film a secret because, at Comic-Con 2016, it was under the name “The Woods” and was revealed to be the third installment in the Blair Witch franchise. But when he and his writer Simon Barrett take on this film, it doesn’t mean it going to be good with them attached to it.

The idea of this is taking place in the same universe makes it interesting and it puts attention to Heather’s brother, James, as he and his friends go into the same woods to search for his sister. The performances were about serviceable for the most part. James Allen McCune as James wasn’t too bad as he was the strongest performer in this but it felt like everybody else was bland or overacting sometimes.

None of the scares were found as it relied on loud noises that are ended with jump scares, which annoy me the most. Most of them are just the characters jumping in front of the camera surprising someone else. I’m just like could you stop doing that, please? And it has the characters running with the cameras to where it gets all shaky to the point of never stopping.

My main concern while watching this is that this film is completely just like the first movie in all the same ways. The overall act structure is basically the same and it never does anything to benefit something new. As it gets to the ending, it left me underwhelmed with what was given just leaving an “okay” impression once it ended. 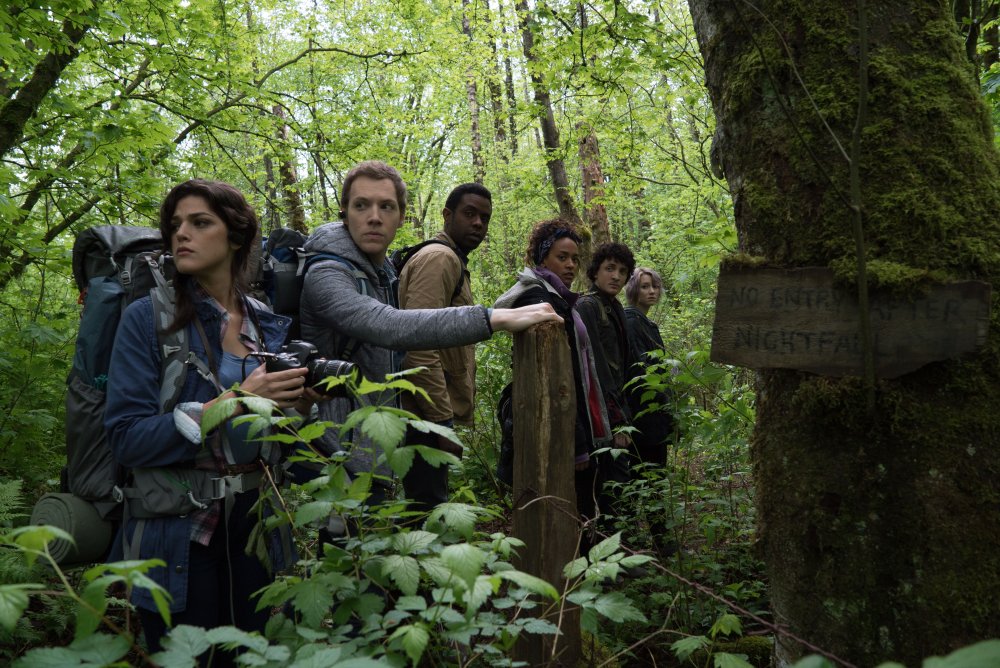 To me, this was an unnecessary sequel to be made but it is because it’s a property that horror fans love. But as someone who was never a fan of this franchise, to begin with, and really trusted in Wingard’s vision, this just didn’t terrify me as it should’ve.

Blair Witch did try to regain the popularity that was shown it the original, but it doesn’t have the scars to make this just a rehash.