Honorable Mentions: The Hangover, Taken, Cloudy with a Chance of Meatballs, The Princess and the Frog, I Love You, Man, Michael Jackson’s This is It

Marc Webb’s romantic comedy is an excellent look at a real relationship. Even though this isn’t a typical romance movie because it’s all about the breakup, it’s still engaging from beginning to end. The chemistry and performances between Joseph Gordon- Levitt and Zooey Deschanel are very good as we see their connection with each other. Along with the fantastic screenplay to provide a delightful and sweet original story, (500) Days of Summer is the 2000s answer to Annie Hall. Truly an unforgettable romantic movie that anyone can fall in love with.

9) ‘Precious: Based on the Novel “Push” by Sapphire’ (Lee Daniels)

With not knowing much about this film, Precious is a hard-hitting drama about this teenage girl whose life has been hell for her from physical to sexual abuse. Lee Daniels’ directing and Geoffrey Fletcher’s script doesn’t hold any punches by making this realistic as possible by making you the audience member feel her struggle. Gabourey Sidibe as the title character was outstanding in her debut role and Mo’Nique was scary-good in one of the best performances of the year. Just captivating. In the same way as Monster’s Ball, it hits you very hard.

To be honest, I had no expectations going into District 9 as this could’ve been a dumb Sci-Fi movie that’s going to be forgotten in a matter of time. But this was one of the most original Sci-Fi movies I’ve ever seen. Neill Blomkamp’s directorial debut is such an intriguing story that’s very well-executed with showing the themes of racism and who’s the real bad person in their society. Great story, amazing visual effects, and thought-provoking. The biggest surprise of 2009. 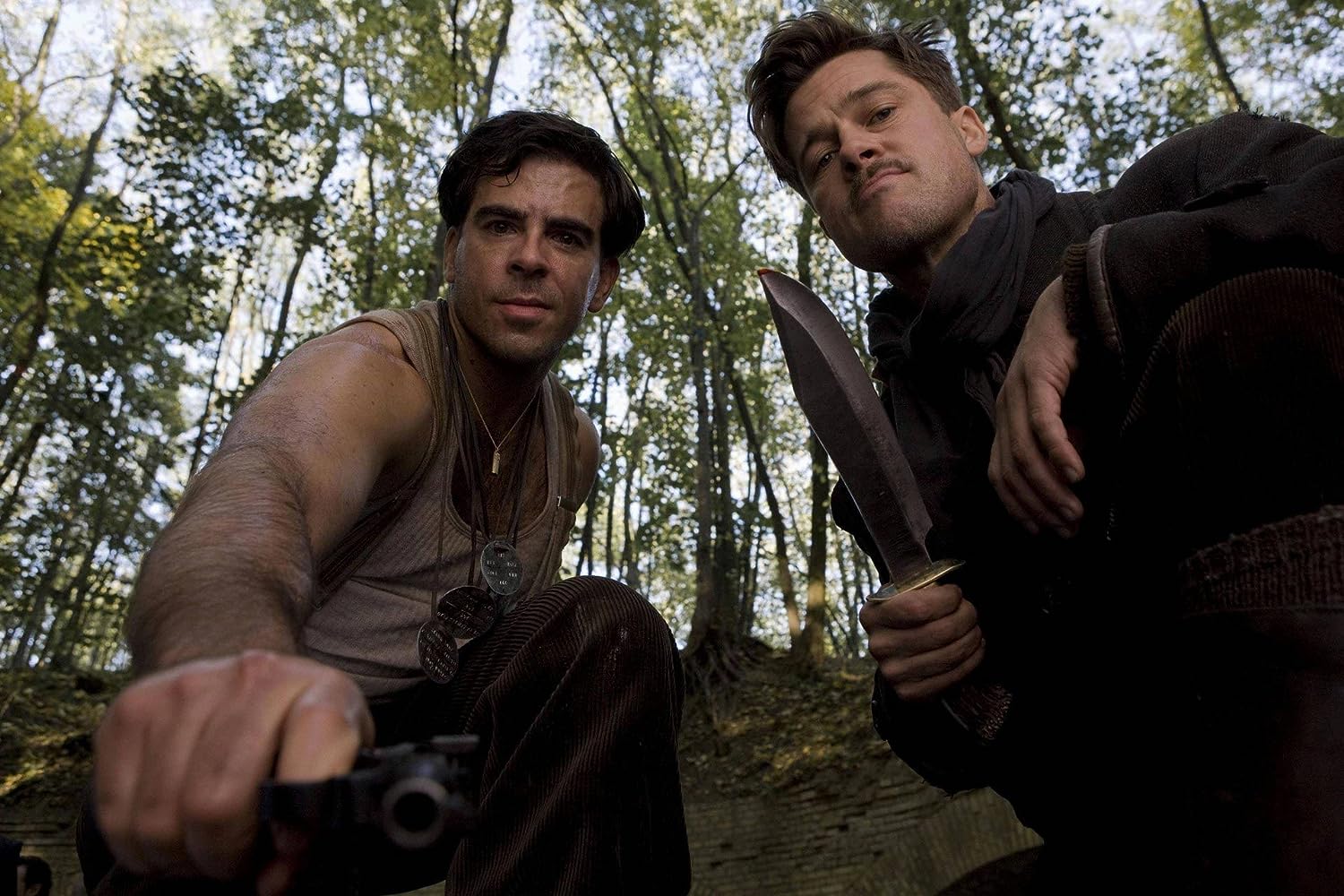 Quentin Tarantino’s alternate history story is an outstanding one at best. Inglourious Basterds never falls flat with a fascinating yet fictional story, bloody action that’s amusing, and entertaining all the way through. It’s a movie about Americans killing Nazis. How can anybody not love this? His script is pure genius and filled with tension with moments of interest including the opening scene as it will go down as one of the best scenes of the year. Christoph Waltz’s performance as Colonel Hans Landa is one of cinema’s greatest villains and will be remembered for a long time.

“Time to nut up or shut up.” Zombieland was an absolute blast with the funniest comedy of the year. Much so like Shaun of the Dead, it brought the laughs and zombie action for all to enjoy. This is one of those times where I thought it sounded like a dumb idea, and it actually turned out to be entertaining. From the opening credits alone, you’re in for an awesome R-rated ride. All of the performances were great and very well-written for a horror comedy that never felt dull.

Jason Reitman’s follow-up to Juno, Up in the Air brings the type of comedy that’s smart in so many ways. It’s heart-warming and serious in a way that these tones worked very well. George Clooney gives the best performance of his career. The chemistry between him and Vera Farmiga (great also) was very sweet and almost realistic. But this also gives an unforgettable breakout performance from Anna Kendrick. And both her and Clooney worked so well with each other as its all thanks to its screenplay.

Sandra Bullock’s performance is what made The Blind Side work. This true story is fascinating to watch as this family adopts this 17-year-old teenager who always runs away from these foster homes. This was just a heart-warming and inspirational drama even though I thought it overcame its clichés, in my opinion. Not many love this film, but there are lots to love about The Blind Side.

Clearly the best animation of the year. Up has an original story that Pixar really could handle. This has the saddest opening 10 minutes to remember by, but it follows that up with an adventurous tale about friendship and letting things we love go. It’s funny when it’s needed between Carl, Russell, or Doug, the talking dog. One of the best Pixar films with its story, musical score, and having a lot of heart. The family film that’s perfect for everybody.

James Cameron’s passion project finally came true in the biggest way possible. Saw this on opening day and I’m glad I was the first person in my grade to see this. Avatar is an achievement that’s memorable to finally happen after finally having to technically. Is it just like other films with this kind of premise? Of course, but it’s still fantastic. Cameron’s directing takes us to this world of Pandora like never before. The 3D is spectacular, the performances are well-done, all of the action sequences are breathtaking, and the visual effects are astonishing. This is one of those movies that’s being hated on just because. But I still love it years later. Cameron wanted to change the game with these groundbreaking effects and 3D with his filmmaking, and he did.

Wasn’t a fan of Star Trek before seeing this. Never once watched the television show or the movies before it. I saw this right after school and I was a little excited about seeing this. And after this was done, I was blown away by what I experienced. Star Trek in a reboot that really works, and it’s all thanks to director J.J. Abrams. He took the time to focus on the story and the characters and not fall short on expectations for many fans. We get to see the beginning of Kirk leading the Enterprise and leading into adventures no man has gone before in a different universe that sets apart from the original. Everything about this is nearly flawless from the cast (primarily from Chris Pine as Kirk and Zachery Quino as Spock), the visual effects, emotional flair, humor, and just a fun experience to sit through. Star Trek successfully pleases the fans with this action-packed film that’s epic for Sci-Fi fanatics everywhere. This was the best movie of that summer movie season and it’s the best movie of 2009.