If you wanna watch a movie with your mother especially on Mother’s Day, Snatched probably isn’t the best choice. It’s a movie about a mother and daughter being kidnapped and escaping. There are better movies to have a much better time with. Even I wouldn’t really take my mom to see this.

When her boyfriend dumps Emily (Amy Schumer), a spontaneous woman in her 30s, she persuades her ultra-cautious mom (Goldie Hawn) to accompany her on a vacation to Ecuador. When these two very different women are trapped on this wild journey, their bond as mother and daughter is tested and strengthened.

Schumer isn’t one of my favorite comedians because her material isn’t all that funny. However, she was terrific in Trainwreck and that her writing in that made it a great romantic comedy. And I’ve been a fan of Hawn for years with films like The Sugarland Express and Overboard. Plus, this is the first movie she’s been in over 15 years as her last movie was 2002’s The Banger Sisters. But Snatched didn’t look good from any of the trailers as it looks like a dumb comedy to start off the summer. Were there some laughs to be found here? Yes, but it still didn’t make Snatched all that hilarious by the time it ended.

That’s sad because Jonathan Levine (50/50, Warm Bodies) directed this, and he’s very good with how he handles comedies. But it’s confusing why he chose to be a part of this project. Besides him, writer Katie Dippold (The Heat, Ghostbusters), didn’t fully reach to momentum to have a good story for these actors to go on. This shouldn’t involve the kidnapping plot as this really could’ve been a normal bonding between a mother and daughter. Having a plot about having women being taken shouldn’t be hilarious the first time, and this script couldn’t balance the jokes after that.  Once they hit that moment, it has an uneven tone that had a hard time getting back to. If it took place in a different setting, it might’ve worked better. As long as this going into something like The Guilt Trip or Tammy, make it happen.

Anytime Schumer’s in a movie, you can tell what type of character she’s playing, and to no surprise, it’s basically her. But her character is pretty selfish and I couldn’t stand her and not so relatable. Hawn was perfectly fine, but it’s great to see her again. With them together, there wasn’t any connection with each, to be honest. Even if the movie was terrible, their chemistry might be the bright spot, and it didn’t show. 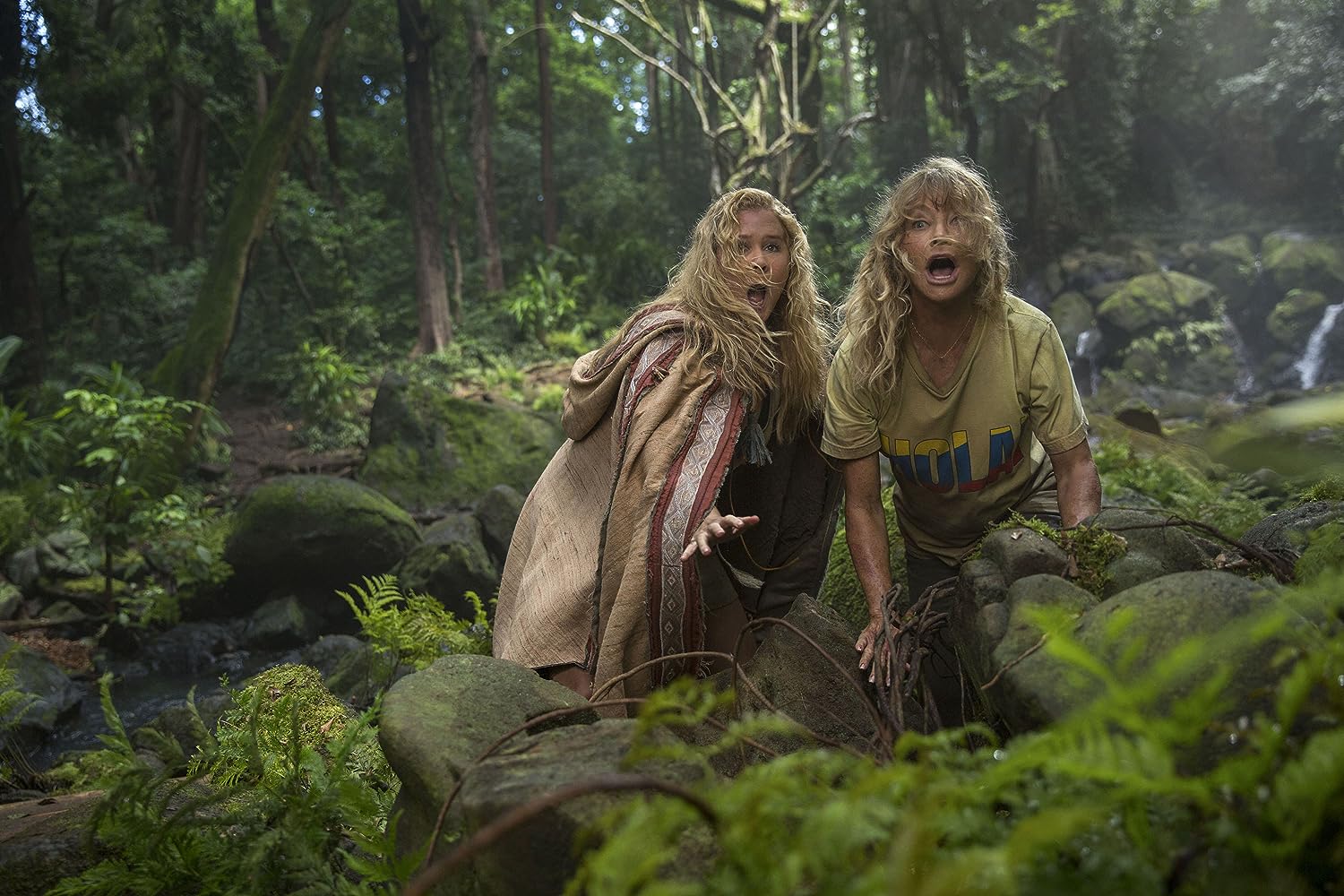 None of the jokes were smart enough to make me laugh especially the first hour of the film. Some of the best jokes were shown in the trailers. Honestly, the only times I actually laughed happened later on involving Ike Barinholtz as Emily’s agoraphobic brother, and Bashir Salahuddin, an employee at the U.S. State Department. And their scenes with each other made the film actually bearable. And Christopher Meloni did give a funny line or two.

For this being 91 minutes, it felt longer with some the ad-libbing. The film as a whole isn’t really nothing to be memorable for a plot like this. It comes and goes very quickly. This wasn’t nearly as bad as I thought it was going to be, but this definitely should’ve been better. A simple plot makes for something lame overall.

Snatched may have two funny women on its hands, but this comedy has a thin layered plot surrounded by lame jokes.