Want a great buddy cop comedy? Want to see a film stand out as an original work? Need something like the Beastie Boys’ music video for “Sabotage”? The Nice Guys is all of those examples of how great this action comedy was throughout. This is the type of movie that Shane Black would direct and write just like 2005’s overlooked Kiss Kiss, Bang Bang as his style of directing and writing come to play.

The setting of 70’s Los Angeles plays it off so well just like a Boogie Nights or whatever. And the story involving around it is so great that isn’t based off a previous material that isn’t made to be a blockbuster that brought a great sense of comedy and mystery surrounding it all. 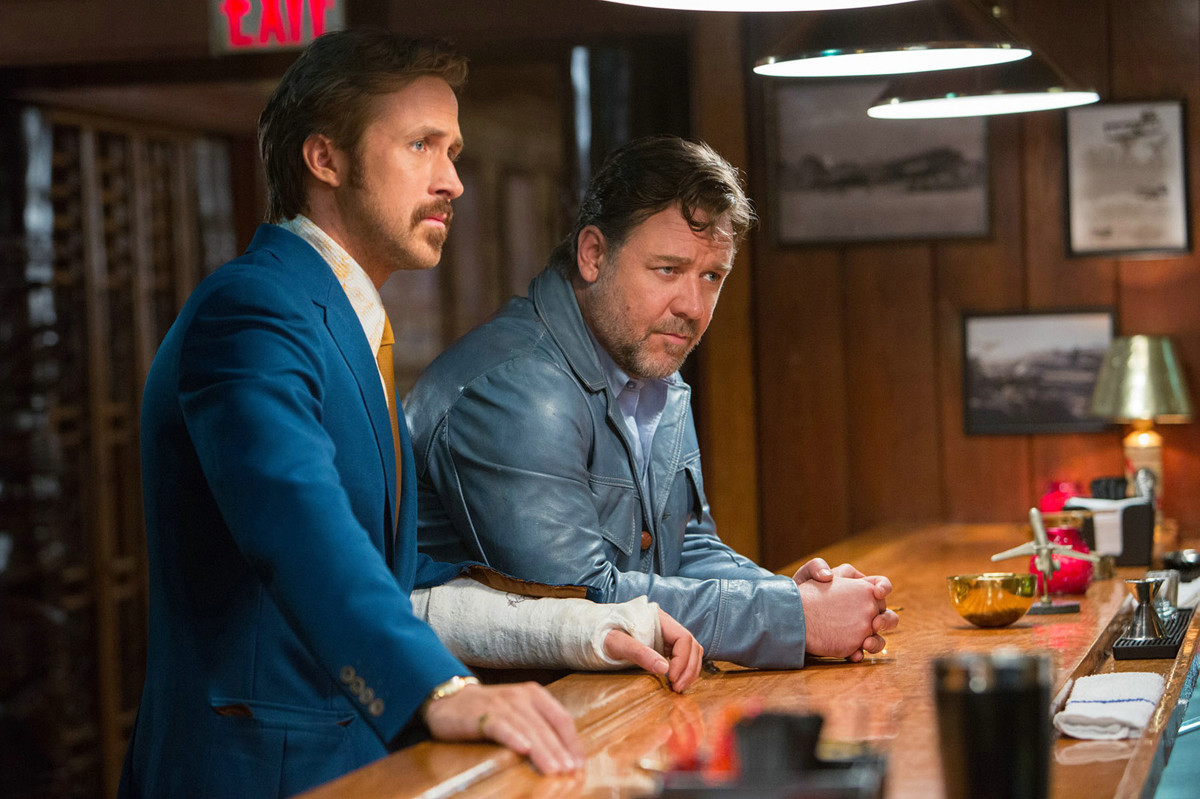 Russell Crowe and Ryan Gosling have such good comedic timing between them playing off each other with this becoming Gosling’s funniest role yet and Crowe as well. Who knew he could be funny? Gosling’s Holland March is a sleazy private eye who’s essentially a screw-up and smells like booze and Crowe’s Jackson Healy calls himself a private-eye but pretty much scares off needed predators and kick the crap out of you. What works is that both of them are completely different in their personalities and the versatility that shows as they have to work together to solve this case of a missing person makes this comic gold.

The breakout performance from Angourie Rice because he’s someone to look for. As Rosling’s daughter, Holly, she’s so smart and convenient when it’s necessary. She’s basically the responsible one that takes care of her dad and she wasn’t a nuisance whatsoever.

The action set pieces feels like a 70s style film with shootouts and investigations making this my type of film. There’s also a great amount of comedy as so many lines of dialogue were some of the best I heard this year so far.

This is a buddy cop movie that’s so funny and a well written also by Black that’s outstanding that this could end up of this decade’s Lethal Weapon. Comedy hits hold heartedly and there wasn’t nearly a dull moment. A great accomplishment has been achieved as this blended action and comedy just perfectly and never loses its momentum.

The Nice Guys was just a groovy and fantastic original comedy. Everything from Shane Black’s directing/smart writing and the terrific chemistry between Gosling and Crowe.