True stories can sometimes be seen as manipulative. But some films this year, such as “Sully” or even “Hidden Figures,” which are based on true stories, pulled it off with the material they were given while still tugging on the heartstrings. Plus, it wouldn’t be Oscar season if there wasn’t a true story involved. The important factor in these stories is the search for something important that someone is missing. That’s what “Lion” is about: one man’s quest to find what’s important to him in life, no matter the consequences that will lead to him.

“Lion” is based on the bestselling memoir “A Long Way Home.” The film is about five-year-old Saroo, a child who gets lost in Calcutta. He tries to survive miles awa
y from home while also searching for his family. He’s then adopted by an Australian couple (Nicole Kidman and David Wenham). Twenty-five years later, Saroo discovers that there’s still a chance that his family is still looking for him. Saroo begins his search for where he’s from and starts finding his real family. 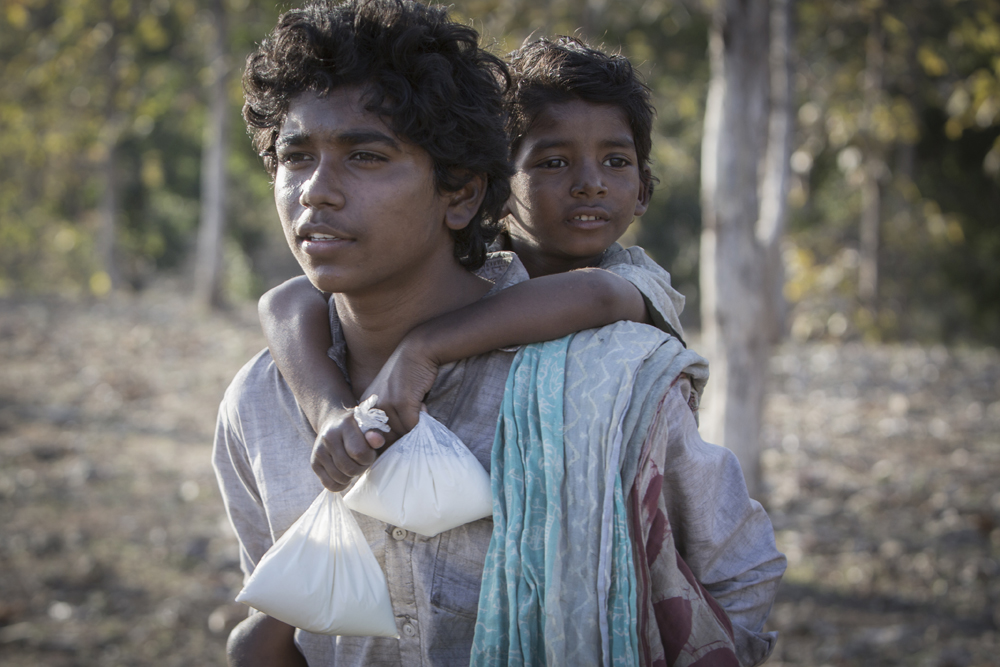 The idea of “Lion” sounds pretty promising. It sounds like this could be a touching true story. Following along with the boy finding his family while using Google Earth sounds plain enough, but it was engaging for director Garth Davis to take chances with a true story like this. Plus, going into this, I wasn’t expecting this to be the next “Slumdog Millionaire.” I love that movie, but I knew this was going to be completely different. And it was.

Dev Patel, as the adult Saroo, gives one of his best performances since “Slumdog Millionaire.” As an actor, he really doesn’t get much attention. He gives an emotional and raw performance that’s truly different from anything that we’ve seen from him. Through Saroo’s eyes, we really want him to find his home with every scene.

Newcomer Sunny Pawar is absolutely terrific as the younger version of Saroo. Most of the film’s runtime really showcases his talent, as the first half of the film focuses on younger Saroo. This is significant, as I felt that the first act was slightly stronger than the second act.

Nicole Kidman honestly gives the best performance she’s given in a very long time, since “Rabbit Hole.” As Saroo’s adoptive mother, there’s a little bit of heart and caring in her character. She also provides an emotional scene between herself and Patel that involves her character telling Saroo how she imagined him being in her life. It’s absolutely a touching and heartbreaking moment. It was at that point where I just saw her character. This scene was definitely her Oscar moment.

Rooney Mara, as Saroo’s girlfriend, does fine, but I felt her character was there just to be a part of the story. However, she is very good, as she always is. Davis makes his directorial debut, and what a way to start a directing career. As a director who was an unknown before “Lion” came out, Davis really knows how to work very well with these talented actors. With a movie like this, he has a strong future ahead of him.

Writer Luke Davies does a great job writing the script. Something interesting that I noticed was that the first act wasn’t in English; the characters speak Hindi.

The cinematography is stunning and eye-catching and the score, by Dustin O’Halloran and Hauschka, really captures the scenes well.

The film uses Google Earth in a way that’s very prominent to the story, in a good way. Saroo doesn’t know where he came from. But the information he’s given that might help him along actually makes sense. I mention this because sometimes finding what we need is hard, but searching every way we can is the best way to find it.

If we’re going into the negatives, excluding the scene with Kidman, I felt that there weren’t as many emotional moments as I expected. There’s a subplot involving Saroo’s adopted brother that really doesn’t go anywhere in the end. I also felt like there should’ve been more character development on some of the other characters, like Mara’s. I also felt the pacing could have picked up a bit; some parts go on a bit too long.

Despite all this, I did really get misty-eyed during the ending. I’ll admit it was really touching, even though the ending was a bit predictable. With a story like this, it isn’t hard to imagine how people will feel about “Lion.”

This is probably my least favorite Best Picture Oscar nominee as of now. That’s not a bad thing, but I guess I was expecting a little bit more. One of my friends saw it a month early, back in October, and said he loved it. It’s one of those movies that probably won’t stick with me like the other seven nominees. Maybe upon re-watching it in the future, I might appreciate it more.

Despite its problems, “Lion” is definitely a well-acted, beautifully directed and gracefully well-done story, and it delivers a good message about determination and finding your way back home.

“Lion” was a moving and strong story. Even though there weren’t enough emotional moments for me, it was still uplifting.