Throughout our lives, there are things that occur that reflect how much the world has changed throughout history, and we can’t forget them. Many tragedies build upon everyone affected by their outcome. Hopefully, those affected will come together to put an end to the madness. For me, I remember coming home from school in April 2013 and hearing the shocking news of what happened in Boston. Everybody thought it was going to be a peaceful day, but instead, it turned into a dark one after witnessing a tragic bombing at the Boston Marathon.

The film based on the event, “Patriots Day,” was so heartbreaking that this could be the next great “Zero Dark Thirty.”

“Patriots Day” is based on the book “Boston Strong” by Casey Sherman and Dave Wedge, and this turned out to be a good adaptation.

On April 15, 2013, two men placed pressure cooker bombs that went off near the finish line of the Boston Marathon. The explosions resulted in three dead and more than 200 others injured. In “Patriots Day,” what follows is the manhunt to capture the terrorists that did this, and what happened next in our country. 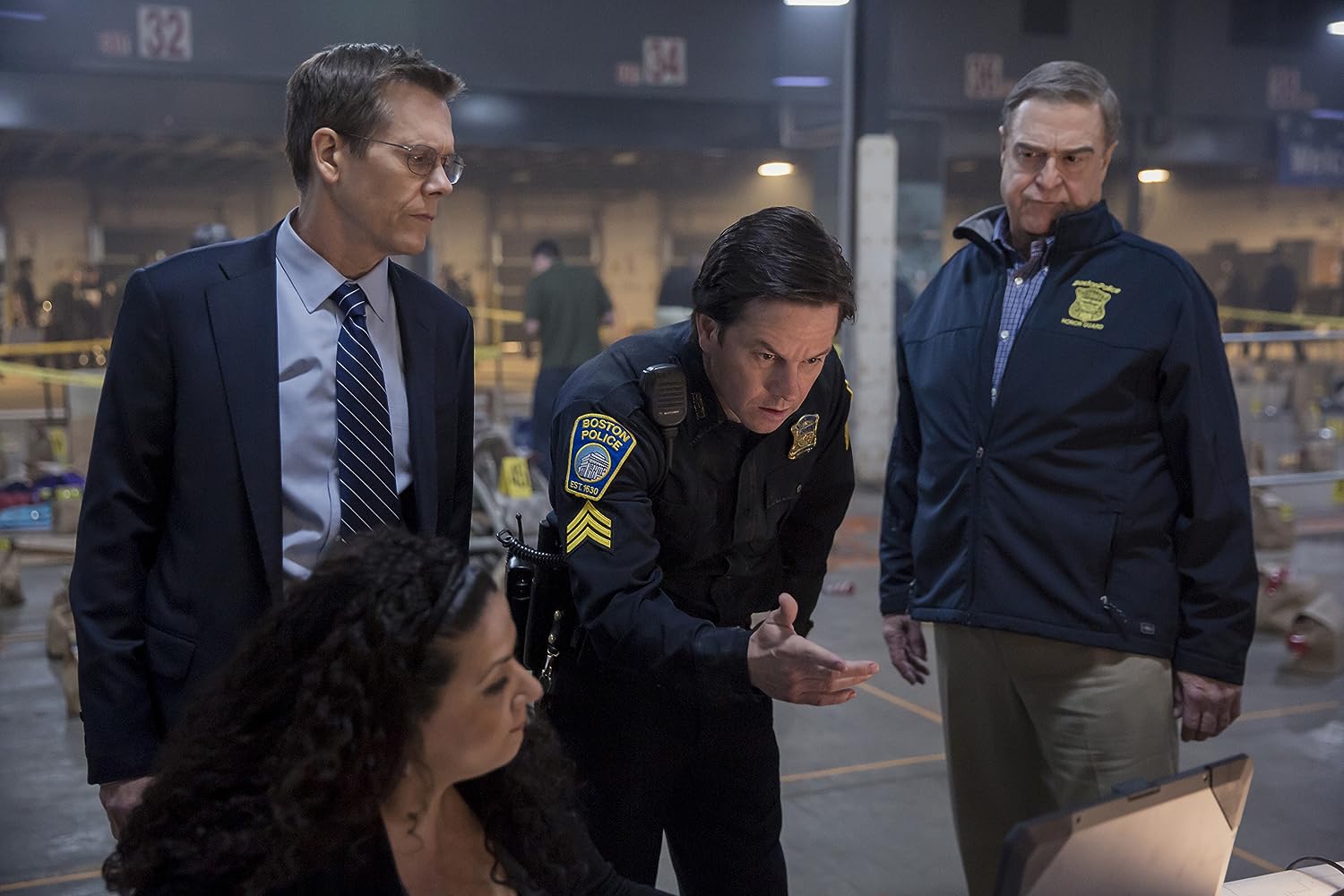 If there was one director who knows how to handle tragedies and/or how to portray heroes, that would be Peter Berg. Lately, he has really become a competent director.

And who better to star in this than Boston native Mark Wahlberg? He and Berg first worked together in the war film “Lone Survivor,” and a second-time last year with the underrated “Deepwater Horizon”.

Their collaboration for three movies in a row is honestly something to be remembered now, as this third film is the best one yet. Berg does a fantastic job crafting this true story. There are enough emotional moments that are handled well enough, and he shows respect for the victims and the heroes in this picture, not in a way that makes you feel like you’re being bashed over the head with the truth. This felt real, and at times it didn’t feel like I was watching an actual movie. That’s the best compliment I can give.

There are many perspectives, from many characters, as we follow what happened before and after that day. We’re given background information about the people, even about the two bombers, which was unexpected. And interestingly, what Berg did while directing was splice in real security footage of the actual bombers, which I found fascinating.

The performances were great as well. Mark Wahlberg pretty much gets better with each role he’s given. As Sergeant Tommy Saunders, he’s caught the peril of this tragic day, helping out. There’s a scene much like in “Deepwater Horizon” that absolutely is an Oscar-worthy moment. Surprisingly enough, Saunders is a fictional character.

We also get solid performances from Kevin Bacon as FBI Agent Richard DesLuriers, John Goodman as Boston Police Commissioner Ed Davis and J.K. Simmons as Police Sergeant Jeffrey Pugliese. Without spoiling anything, Jimmy O. Yang plays someone who was integral to the story and, at one point, he said something and I immediately wanted to yell “yeah!” 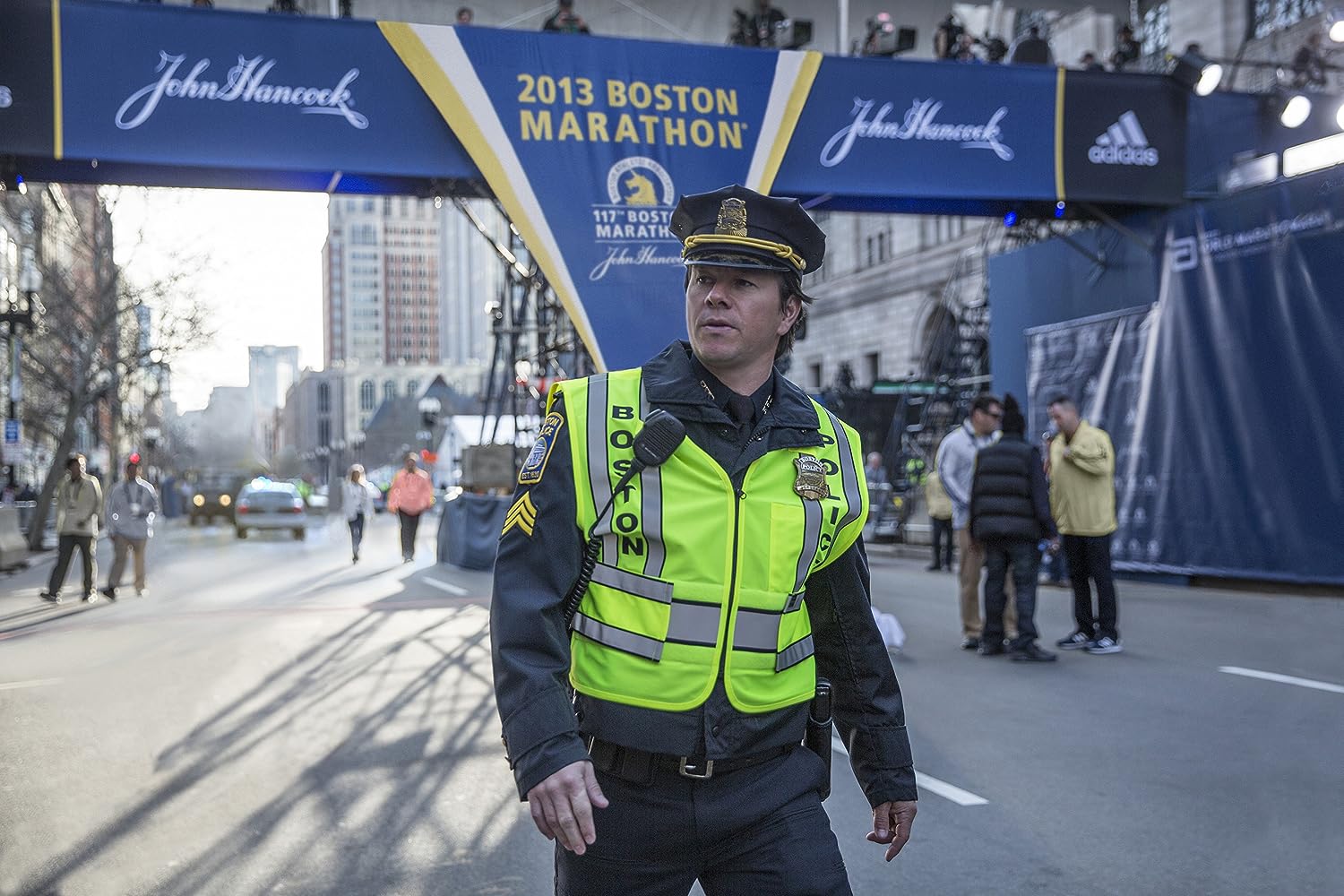 The question that’s going to be asked is obvious: is it too soon to make a movie based on a fairly recent tragedy? Maybe so. But how long did it take for Hollywood to make a movie about 9/11? For me, if it’s given the right material to not be insulting to the victims by stereotyping, it’s fine. We’re also getting two other movies about the Boston Marathon bombing in the future.

The only problem with “Patriots Day” was that the ending was a bit anti-climactic since it was pretty predictable. While the end of the manhunt was heart pounding, I was expecting a bit more, to be honest. But that’s just a small nitpick at this point.

The most important aspect throughout the film is that this was a time where we needed to come together with one another in a time of terror. Berg does a great job at portraying real heroism in these real-life people. We give thanks to the people who risk their lives to save ours. When tragedy strikes, we all must come together to help each other out.

This is definitely a tough watch, and it doesn’t really have much replay value, as it deals with some heavy violence during the entire bombing sequence. It was brutal to watch in theaters, even though it’s just makeup. But above all, it’s one of those movies that just reflects on how the world is now.

It won’t get any Oscar nominations, because this year feels more crowded in most of the categories. If would’ve come out everywhere last month, it would’ve made my top 10 of the year for sure.

In the end, this was, without a doubt, a fast-paced film that supports everyone everywhere fighting to protect our world. Berg has once again proven himself to be a great director with these types of stories. “Boston Strong.” indeed.

“Patriots Day” is powerful, intense and emotionally affective. A great thriller while also paying tribute to the real heroes of that day.