There isn’t anything to expect from any spy thriller. Sure, they can be intriguing, but it will likely end up as a so-so movie with the same problems that’s a recurrence to some. Atomic Blonde didn’t do it for me earlier this year, and I was pretty sure American Assassin wasn’t going to that either.

Based on the late Vince Flynn novel, when Cold War veteran Stan Hurley (Michael Keaton) takes CIA black ops recruit Mitch Rapp (Dylan O’Brien) under his wing, they receive an assignment to investigate a wave of random attacks on both military and civilian targets. After discovering a pattern of violence, Hurley and Rapp join forces with a lethal Turkish agent to stop a mysterious operative who wants to start a global war. 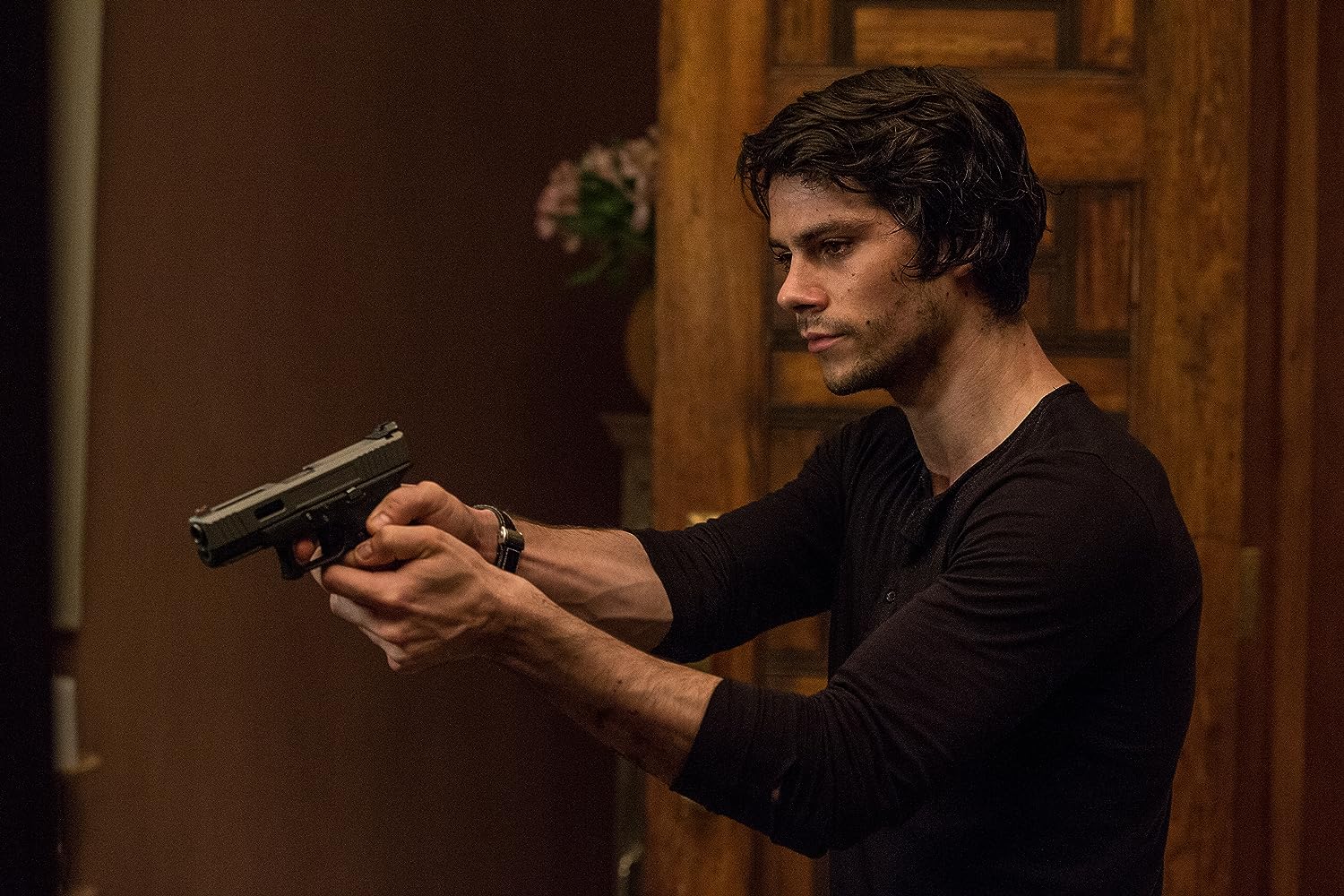 I’ll say that the first half of the movie really grabbed me. This got me to actually invest in what’s going to happen with all the training going on and just wondering what will occur later on. Those moments are the best aspects of the movie itself.

O’Brien’s performance was actually really good here. I wasn’t on board with him playing this action star because I didn’t know if he can handle this type of role. You get behind his path of anger because his skills are in very good used. But there are times where the writers always make him seem like a hot shot and disobey all orders because he’s the tough guy. He proved himself to be a capable action star with this and the Maze Runner franchise.

If Michael Keaton is in anything regardless of the genre, he will undoubtedly be great, and in here, he was terrific. He gets to play this former Navy SEAL and trains O’Brien’s Mitch and becomes his mentor. He had one moment where he just becomes himself, and it was entertaining. But he also seemed to be having fun with his performance.

The action scenes weren’t that bad surprisingly. Even the graphic opening beach sequence where we see Mitch’s girlfriend killed was well-handled grabbing into the movie in the first place. While none of them were particularly memorable, they were at least enjoyable with O’Brien doing these fight scenes, which made it more interesting.

This kind of story has been done before, which does lead to it became a little dull when the second act happened. Anytime were a movie tackles a young guy being trained by someone who knows the skills isn’t anything new. Basically becoming a by the number spy thriller. Even Taylor Kitsch as the main baddie isn’t worth the time since he was a worthless, cliche villain to not get behind on his plan. This doesn’t take the chance to have a bit of fun in this as it took itself seriously. And there were some lines that came off as cheesy.

Besides good performances from O’Brien and Keaton and some good action sequences, American Assassin just doesn’t give me enough to care about. If this has the potential to become a new action franchise, something like the Bourne franchise, maybe it could’ve shaped up to be better from a story perspective.

American Assassin does fall stray into becoming cliche and take itself seriously, but it still ends up being at least passable for an action flick.