Ben Affleck has become one of my favorite directors in the past few years. He’s proven to be a talented actor, but when he’s behind the camera, he’s perfect with Gone Baby Gone, The Town, and Best Picture winner Argo (My personal favorite). If you get him to direct a gangster flick, that has my curiosity which should be the case with by the fourth film in Affleck’s career with Live By Night.

During the Prohibition Era, Joe Coughlin (Ben Affleck) is a gangster who’s getting to the high grounds to the mob scene. After he’s released from prison for three years after fooling around with a crime boss’s gal (Sienna Miller), he relocates to Florida in order to get revenge on a notorious crime boss and hopefully get out of the world of crime.

Hearing Affleck is directing a new movie makes me excited. I was impressed by the trailers, but hearing the early word that it wasn’t good, it made me very concerned to hear that he made a not so good movie. But unlike his previous three films, Live By Night isn’t getting an Oscar attention as this was a huge disappointment. Probably the best time to change a couple predictions after it’s done.

On the director’s side, Affleck does a great job at shooting the action set pieces, and you can see he’s good at capturing the tension at those moments which includes a car chase scene that was really a huge highlight of the film, in my opinion. His role as Joe was well-done to point out.

Probably the reason why this didn’t turn out to be a fantastic gangster film is that this story isn’t intriguing at all as it wasn’t well executed in the long run making it uneventful. The first half of the movie was actually solid. It had a good set up around that time, but as the story movie sets out in Florida, it lost me. None of the characters besides Joe is the least bit interesting because a lot of times they’re in and out without even caring about them with any motivation especially with the relationship between Affleck and Zoe Saldana. Sometimes I could get into the storyline between Chris Cooper and Elle Fanning, but like most things in this, it was missing something interesting. The script by Affleck, which was adapted from Dennis Lehane’s 2012 novel,  never gives enough time to really shine through moments of that aren’t going to be memorable after it’s finished.

On the technical side of things, it’s great. From the production design, costume design (though some of Affleck’s suit didn’t look like it fit him), and the cinematography by Robert Richardson. All of them were spot-on. 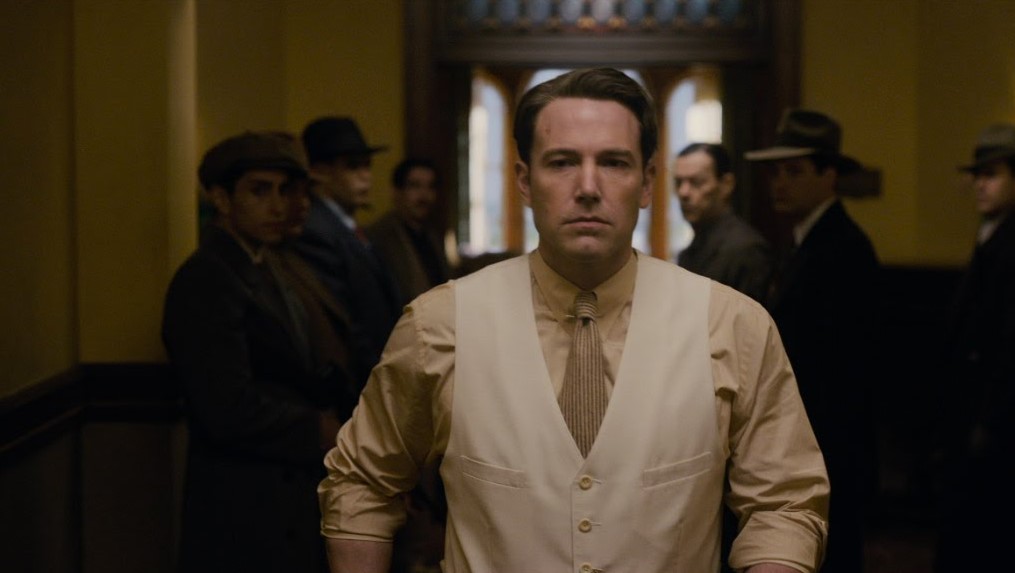 In the end, Live By Night could’ve been very impressive in Affleck’s resume. It just didn’t have the momentum to fulfill a gangster movie that I should’ve been not because of his name but those kinds films in that genre gravitates towards me. Even though it probably won’t hurt him in the future, maybe his next project will be better. This does worry me about him still being on-board with The Batman.  Personally, this feels like this year’s Gangster Squad.

Live By Night is a well-made gangster film but it’s a disappointing and fairly dull addition to Ben Affleck’s resume.