Director David Sandberg made a short film back in 2013 and it became so popular that it has now become a feature-length horror film of the same name, Lights Out. Without never watching or having knowledge for being a short beforehand, this was a pretty terrifying film. A shadowy figure is terrorizing this family and could only be seen only in the dark. If that doesn’t say scary, then you’ve never been afraid of the dark before.

This is a story that’s interesting because maybe sometimes we always wonder what’s lurking in the dark while we’re sleeping. This provides real jump scares, but these are effective scares that are sometimes unexpected yet predictable. 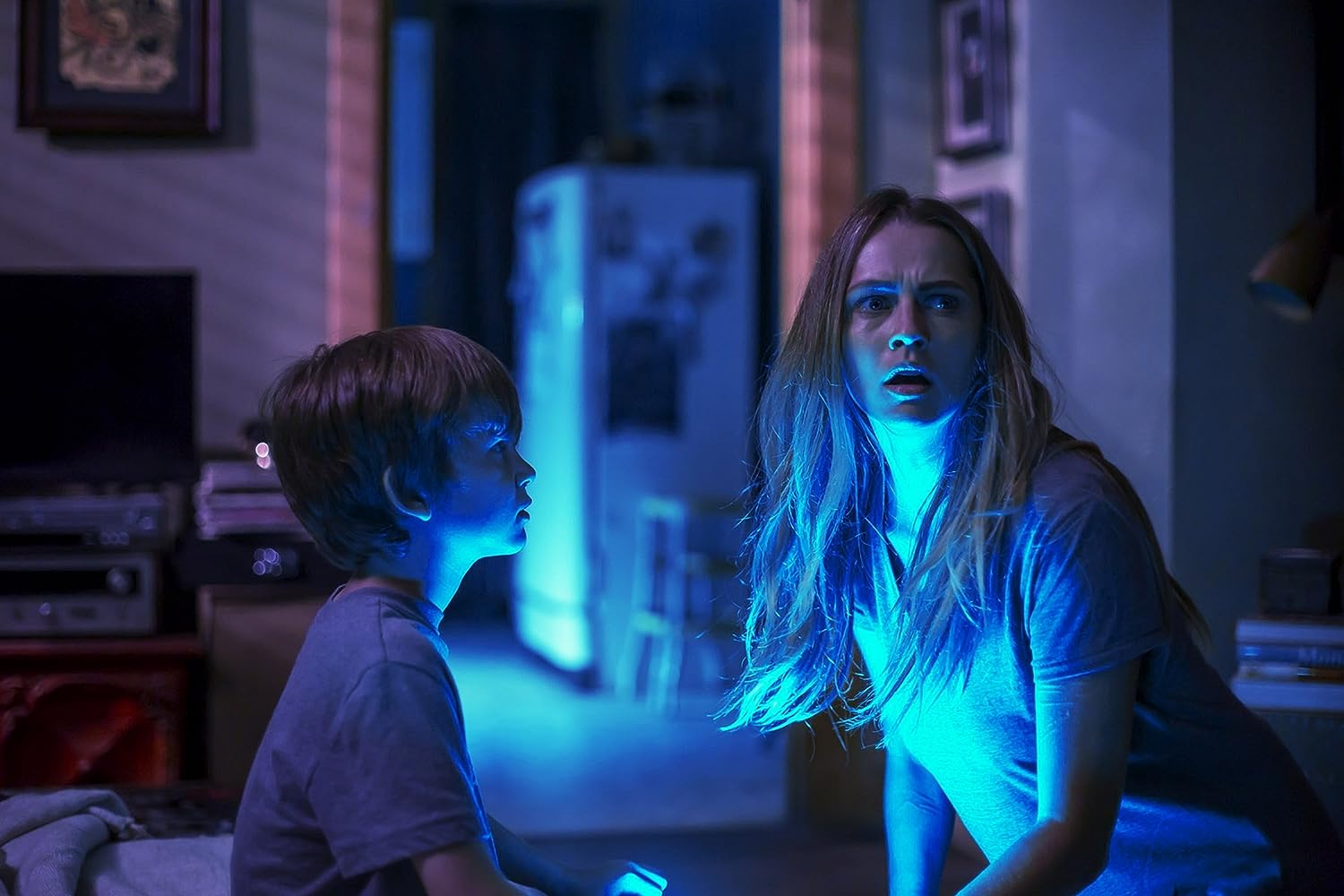 For a horror film, the performances weren’t all that bad from Teresa Palmer, Maria Bello, Gabriel Bateman, and Alexander DiPersia. Also, these were smart characters knowing what has to be done. Probably one of the issues is that I guess I wanted more info about this figure. This probably won’t be one of those horror movies that’ll have me awake, however, it’s still it should be remembered on how well crafted this does. It’s fairly short as it runs about 80 minutes, but its time was well spent. Sandberg did an excellent job in his directorial debut and hopefully, make the upcoming Annabelle 2 better than that terrible first film.

Lights Out was creepy and inventive having genuine scares that actually worked for this concept.