No, American Sniper. This is how you do a movie about a true hero. Never has this story came to mind and how this private went into battle without firing a single weapon in his hand. Impossible yet fascinatingly true. In Hacksaw Ridge, Desmond T. Doss joins the army during WWII who’s good with medical work but he’s a pacifist as in can’t hold a gun. Instead, he wants to protect and save lives on the battlefield.

Now, this in a movie that doesn’t pull any punches into telling this brilliant story about a man that has courage within himself. The war genre has been in a slump, in my opinion lately, and Hacksaw Ridge was amazing. Putting his issues aside, Mel Gibson directed the hell out of this and you wouldn’t even know he directed. Even the marketing didn’t put his name on the posters or the trailer. Just remember what he did with Braveheart and let his filmmaking take charge. The fact that this is a real-life story is powerful enough and you feel like you’re on Doss’s side on his Christian beliefs, which are acceptable to him to not everyone else.

The performances were very well realized. Andrew Garfield as Desmond Doss gave the best performance he has ever given since The Social Network (who was snubbed out of an Oscar nomination). He gave so much maturity to this character as he saves his men in battle while also trying to help with his struggles. There’s an understatement on if he doesn’t want to handle a weapon or not. I even bought his accent. The decisions he makes are realistically understandable. The supporting talents were something else with Sam Worthington, Luke Bracey and Vince Vaughn giving noteworthy performances. But besides Garfield, Hugo Weaving was perfect as Desmond’s father who once fought in the war.

Once we get to the battle sequences, it turns into the most realistic warfare since Saving Private Ryan. The action was riveting and graphic right from the start and just have this worry in your mind about how it would end. You really care about these characters just hoping to survival in this brutal war.

There’s so much respect for Desmond Doss after experiencing this and all his might to do whatever it takes without killing anybody in a film that’s really raw and emotional sometimes. He said it best, “While everybody is taking life I’m going to be saving it, and that’s going to be my way to serve.” And that’s all out patriotism right there. 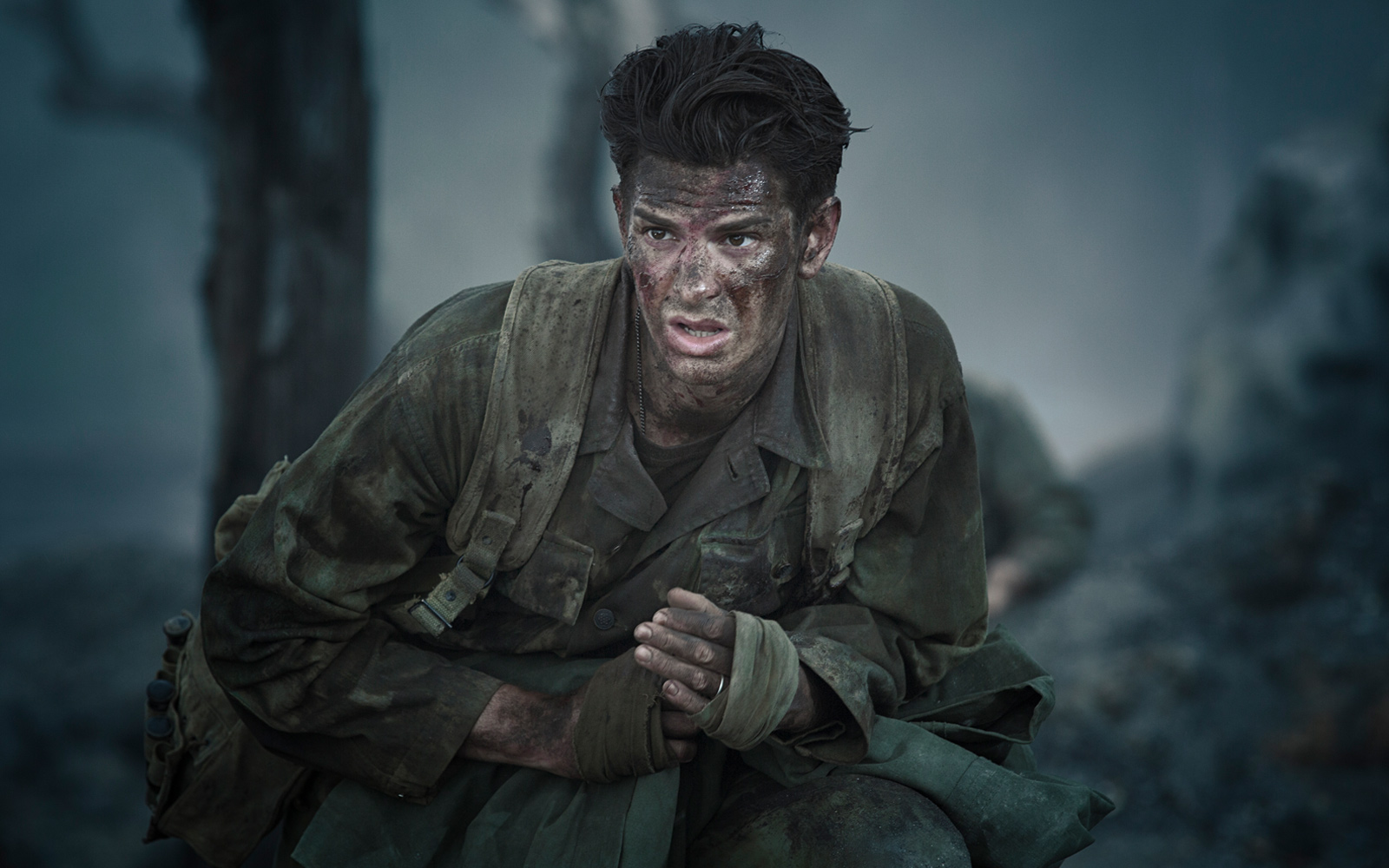 As it comes to war films, this is one of the best that has come out in a while. This is such a return of form for Gibson when he’s behind to camera.

Hacksaw Ridge depicts the real heroism, courage, and honor into this real-life hero.