Well as 2016 gave us a hand full of comic book movies that were awesome (Captain America: Civil War) and some that were disappointing, to say the least (Suicide Squad). But, Doctor Strange is the latest in the Marvel Cinematic Universe and what a good fresh first take on a new character to the screen to top off the year of superheroes.

Dr. Stephen Strange (Benedict Cumberbatch) is a great neurosurgeon and is great with his hand but after a car accident left his hands useless. Until he travels to this monastery and discovers all kinds of magic and dimensions like never before to now become the Sorcerer Supreme.

Just like in Guardians of the Galaxy and Ant-Man, we’re introduced to a character that’s unbelievable awesome that hasn’t been known by a lot of people who haven’t read to comics. This is quite possibly the most different movie we’ve seen out of the MCU. It gives us a weird look at the universe filled with sorcery and adding an element that hasn’t been sensed out before.

The most definite plus in this was, of course, Cumberbatch. He was the perfect actor to portray this arrogant character who really wants to learn what he can to do to get better with himself. He gave perfect performances in BBC’s Sherlock and Star Trek Into Darkness, but he just gives us geeks something to amaze in his greatness. By the way, I just realized that he and Robert Downey Jr. are in the MCU now and both have played Sherlock Holmes. Weird right?

The supporting cast did fairly well as well like Chiwetel Ejiofor as Mordo, Tilda Swinton as the Ancient One and Rachel McAdams as Christine Palmer. What really to me by surprise was the amount of humor it was in this. Almost a lot of the jokes really hit.

The visuals were the most spectacular aspect as it felt so mind-bending in every sense. Not to the level of maybe Inception or The Matrix, but just so awe-inspiring. Didn’t see it in 3D, but can take anyone’s word for how amazing it looked. 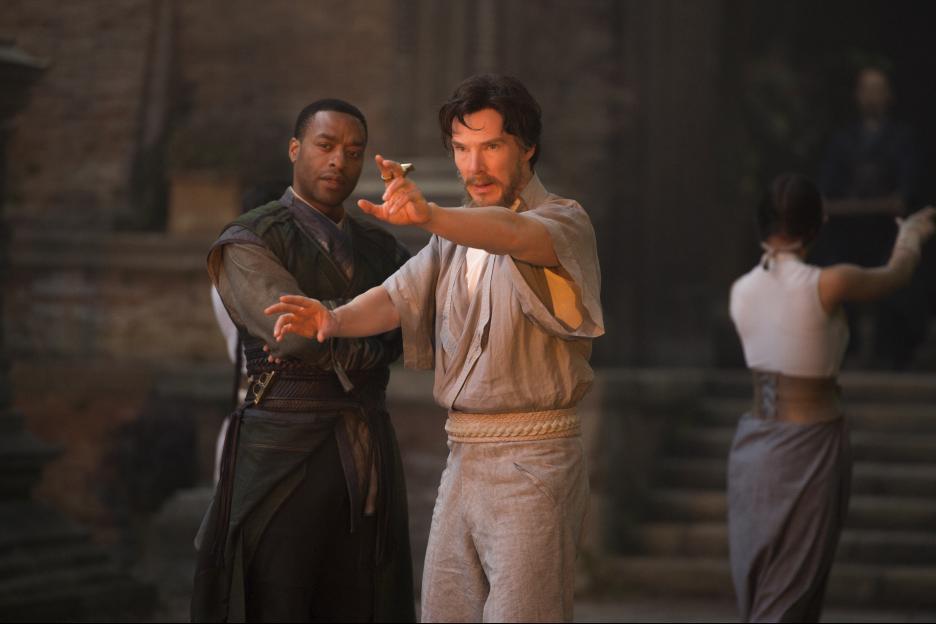 But this isn’t a perfect MCU movie as it falters problems in the long run. Sometimes the story just wasn’t that convincing since we don’t know about this world beforehand. And then once we get something, it’s all in exposition, which makes a scene kind of boring as it tells us the audience about what’s happening. It seemed like his training felt rushed to which it didn’t feel like there wasn’t enough of it then it should. Mads Mikkelsen as Kaecilius was good and menacing but, just like every MCU villain, he was pretty weak as it didn’t explain to him all that much and he needed more background to him.

Director Scott Derrickson (Sinister, The Exorcism of Emily Rose) does a good job tackling on his first foray into the superhero genre even though it wasn’t the greatest in the universe but still enjoyable. Personally, it wasn’t as great as some of the most recent Marvel movies, but for what it was going for, still really good. As future movies come along, it’s going to be great seeing him pop up in the next installments. What a way to make a good impression with another hit from Marvel.

Doctor Strange blended a good balance of humor, intelligence, and stunning visuals in this fascinating origin story in the MCU by far with having a hero to get behind.