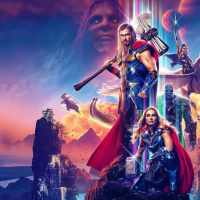 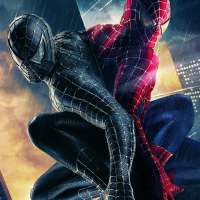 According to the release schedule, which slows down around this time, the summer movie season is about to come to an end and be replaced by the fall movie season. So whether it’s going for the theoretical experience or streaming it only online at home, there are plenty of movies to watch from September to December.

There were a few lessons to takeaway over the past four months of why this summer was hit-or-miss: The Marvel fatigue is hitting hard for fans to an annoying degree (Doctor Strange in the Multiverse of Madness, Thor: Love and Thunder), directors shouldn’t remake Stephen King movies (Firestarter), animated movies weren’t the strongest at the box office besides Minions 2, Baz Luhrmann made a decent film for once (Elvis), Jordan Peele still has a knack for original thrillers (Nope), and Tom Cruise is still the king. Indeed, the biggest winner of this summer was Top Gun: Maverick, with this sequel praised by critics and making over a billion dollars worldwide. This was so amazing it’ll be impossible for anything to dethrone it as the best film of the year.

While the fall and winter will give us a fair share of significant blockbusters and indie darlings, it’s also the best time for the festival circuit, from Telluride, Toronto International Film Festival, and the Heartland Film Festival in Indiana. I’m very excited to attend for year two. Like every year around this time, some of these could be my favorites or straight-up Oscar bait. Of course, these are subject to change, considering we never know if the pandemic will throw us another unexpected curveball.

For now, these are the 10 films I’m looking forward to the most in the next few months

Suppose Elvis proved to be a successful musical biopic at the box office and with audiences this past summer. In that case, people will likely turn out for the Whitney Houston film entitled I Wanna Dance with Somebody from TriStar Pictures. Harriet and Eve’s Bayou director Kasi Lemmons will direct, while Naomi Ackie will portray the legendary artist who passed away in 2012. Only time will tell how faithful her story will be told about her life, but the singer’s estate allowed the upcoming drama to come true. They have released no trailer yet, but I’m excited to see Ackie transform into one of our best female singers.

For someone like me who wasn’t high on American Hustle and Joy, there’s a good chance David O. Russell could make up for it with his latest dramedy Amsterdam. What will catch everyone’s eyes is the impressively stacked cast. Christian Bale, Margot Robbie, and John David Washington lead as three friends who get caught up in a murder and work together to uncover the truth. Besides the trio, there’s Rami Malek, Robert De Niro, Anya Taylor-Joy, and so many more to contain in two hours. Who knows where this will land based on the tone they set the trailer to, but there’s a possibility Amsterdam could be an Oscar hopeful. And it happens to be Emmanuel Lubezki’s first film serving as a cinematographer in five years.

Searchlight Pictures rarely puts out disappointments with their releases in the fall, considering a handful of them were Best Picture winners. However, Empire of Light had me hooked when it’s a film about the power of love and cinema in the 1980s. This has all the ingredients to make it on my list:

And many more contributing factors to make it all of us find a deep connection to the upcoming drama that’ll be a favorite during the awards season.

Trusting Darren Aronofsky for a psychological drama is hard to do nowadays. He can make a mesmerizing piece with Black Swan that can stay with you, or make something messy and pretty pretentious with mother!. The Whale was not what I imagined after hearing the shocking premise. Brendan Fraser is sure to make his film career comeback in a leading role as a 600-pound man attempting to reunite with his teenage daughter, played by Sadie Sink. That could’ve put me off, but everything involved, including A24 as a distributor, has me hooked to believe it could be great if the execution pays off.

Luca Guadagnino hasn’t been behind the camera for a while. Still, his adaptation of Camille DeAngelis’ novel of the same name Bones & All might make for the most romantic cannibal film ever made. What makes me more excited about this project, which is his first film set in the U.S., is that Guadagnino is reuniting with Timothée Chalamet after Call Me By Your Name and now adding breakout star Taylor Russell still has me wondering how it’ll be after watching the very short trailer. We shall see if this will be bloodier than his Susperia remake.

Black Panther: Wakanda Forever will end the MCU’s larger-than-life Phase 4, and we could look at one of their better sequels to the end of the year. Everybody loved the original back in 2018, but it will be a sad sit-through knowing we tragically lost Chadwick Boseman two years ago. The teaser eased some of those worries since director Ryan Coogler looks like he’s going to make a worthy follow-up not only the multiple technical aspects that made the first come to life but honor Boseman in whatever they can. There hasn’t been any detailed information plot-wise, but what it seems to be around protecting Wakanda following T’Challa’s death from Talcoan leader Namour. I’m still going in with some hesitations, but I hope it delivers big.

2022 hasn’t been coming up short on film and television centered on whodunits. However, none of them will even compare when writer/director Rian Johnson is back with the Knives Out sequel titled Glass Onion. I loved Knives Out, one of my favorite films of that year. Unfortunately, the sequel is moving over to Netflix, which disappointed me. Still, all everybody wants out of this is a memorable mystery with Daniel Craig’s Benoit Blanc on the case in Greece. With a new ensemble of potential suspects, including Edward Norton, Dave Bautista, Janelle Monae, and Kate Hudson, I, of course, don’t feel jealous about those seeing it early at TIFF. Hopefully, Netflix will have a limited theatrical release around Christmas.

James Cameron is finally taking audiences back to Pandora in the very long-awaited sequel Avatar: The Way of Water. Regardless of how everyone’s feeling towards the 2009 original, it was a money-making juggernaut that took us into a fictional world like no other, and it still beats wondering if The Way of Water has us still caring or not. There’s hope this could surpass the first since Cameron put his attention for over a decade to getting the technology to look realistic as possible and there’s a chance the story will provide more originality. The definite guarantee is us being astounded by the ambitious visual effects to give us an unforgettable experience. My bet is predicting this will be the second highest-grossing film of the year.

Nothing excited me more than a new Steven Spielberg film released around Oscar season. Following his fantastic remake of West Side Story, The Fabelmans will be the director’s most personal film. Since he not only co-wrote it, but it’s a semi-autographical drama based on his life growing up in a Jewish family in Arizona in this coming-of-age story. Along with his name, the casting of Michelle Williams, Paul Dano, and Seth Rogen working under him will likely be the film’s strength. Could we see Williams get her fifth Oscar nomination? That’s a possibility, and it’ll be having its world premiere at TIFF next month.

If Damien Chazelle’s name is on it, I’m easily persuaded to pay him my money with what he does next. Babylon sees the Oscar-winning filmmaker taking on Hollywood and transitioning from silent films to talkies in what’s rumored to cost $110 million and clocks in over three hours. We haven’t gotten a lot of details or even a teaser, but it got attached: a cast that includes Margot Robbie, Brad Pitt, Tobey Maguire, and more is what I can only imagine is an epic drama. Chazelle hasn’t let me down with his part in cinema, with me loving Whiplash, First Man, and especially La La Land. It’s hard to tell where Babylon will fall in his filmography, but it has to have me leaving the theater with amazement.