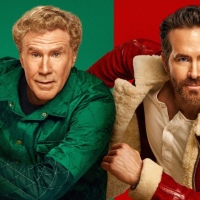 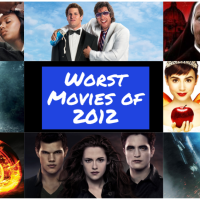 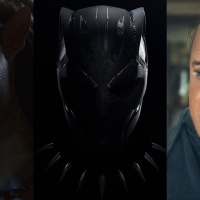 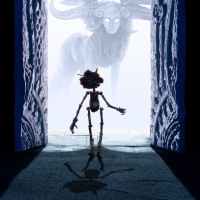 Leave it to writer/director Scott Derrickson to give Blumhouse Productions a worthy mulligan after their last massive misfire (Firestarter). The director has returned to deliver another horror to have us talking, and it’s about time. Most recognize his name from the first Doctor Strange (2016), but with his latest, The Black Phone, he also directed memorable horror flicks from The Exorcism of Emily Rose (2005; I haven’t seen it, but I heard it was underrated) and Sinister (2012). The latter is still one of the creepiest movies I’ve seen in the past ten years. However, if a film doesn’t rely on cheap jump scares and can still make it effective, then being well aware of stranger danger then and now means it is a satisfying thriller worth recommending.

Based on the short story by Joe Hill (son of Stephen King), a suburban area in 1979 Colorado is being terrorized when a serial killer known as The Grabber (Ethan Hawke) has taken children and ends up missing. A teenager named Finney Shaw (Mason Thames) doesn’t have the perfect life when he’s getting bullied at school and he’s living at home with a drunk, abusive father (Jeremy Davies). Luckily, he has his sister Gwen (Madeleine McGraw), who’s his only friend to count on. Unfortunately, with kids disappearing one after the other, Finney is the latest victim to be taken by The Grabber. Once caught, Finney is locked inside a small, soundproof basement with no way of escaping easily. The only source of help is a disconnected black phone in which he hears the voices of the Grabber’s previous victims calling to find ways of helping Finney get out before it’s too late.

At first, I wasn’t sure about checking it out at the movies, but the reviews were quite impressive, especially since it premiered at Fantastic Fest last fall. And I’m glad I did since I had a more significant time with The Black Phone than I thought. Compared to this and Sinister, both have great moments of tension, but this does a much better job at making the story impactful once it concludes. Derrickson’s direction and the script he co-wrote with frequent collaborator C. Robert Cargill plays with a few tropes all too familiar. But it hooks you early in the first act in how it makes that expected tension go in different directions and getting to know the characters, feeling like you’re about to go missing too. It’s such a simple concept that it feels like one of Stephen King’s stories. Though it’s working with limited locations to make it engaging enough, along with the unexpected supernatural element, it was executed better than I thought when Derrickson planned this out and not slow-paced. His style also seamlessly captured the look of the late ’70s and made you smart enough to know to stay away from dudes with top hats driving a black van.

Thanks to the writing, it made me like the characters more. What a change of pace to see Ethan Hawke play someone evilly masked that you don’t know what he’ll do. I was already excited to see what he’ll give since he’s re-teaming with his Sinister director, and his presence was there even when we didn’t see him in person until 30 minutes in. The Grabber is one of those characters I would’ve loved to know more about and his entire motivation for these recent kidnappings. But maybe that was the conscious choice for the mystery when his appearance makes you feel uncomfortable every time. Of course, you wouldn’t expect an actor like Hawke to be a creep, but it works when he changes his masks depending on his mood, and us having no clue what he’ll do to young Finney.

He was terrific, but I left the theater surprised by how much I loved the performances of Thames and McGraw, respectively. Mason as Finney is made out to be a likable protagonist, and he’s someone you desperately want to be saved during this scenario. We see he’s smart, but the kind of kid who cannot stand up for himself, from when his dad is using the belt on his sister or against those messing with him. There’s enough depth to feel he has a shot of not being left behind. Every chance of wanting him to succeed and fail makes Thames’ work believable in the mood he gives. The Black Phone excels in surrounding the surrounding plot.

Madeleine McGraw is just as great opposite Thames as Gwen. I wasn’t expecting to get behind her no-BS attitude towards anybody. Most of the humor came from her retorts in a way one with a mouth would talk. The sibling relationship between Finney and Gwen adds to the heart as she’s on this despite searching for her brother with her strange ability to have psychic dreams.

Horror as it may appear, I found this to be more of a thriller mixed with a coming-of-age tale. This has a few moments of having the audience jumping out of their seat, but it has handled more grounded in focusing on the mystery of the situation. You’re with Finney throughout and through, and when he’s getting help from past victims to get him out, it shows someone like him can overcome fear and become braver than ever, not giving up on where you are. I still think the screenplay needs more credit for giving off these twists and having a payoff worthy of your time. However, the only thing the dialogue doesn’t entirely work is when there are bullies involved, which seems like the typical horror movie bullies that took me out for a second that doesn’t sound natural.

This is the kind of stuff Blumhouse should focus their attention on and not on bland remakes nobody asked for or cheap sequels. I remembered this was originally scheduled for a February release date, but this would make for a nice watch on a chilled Halloween night.

The Black Phone is a welcome return for Scott Derrickson and the horror genre with his best film yet. Effective terror through its tense sense of atmosphere and storytelling. Ethan Hawke’s performance is creepily chilling, but Mason Thames and Madeleine McGraw were the true standouts. So unusual to like over two horror movies at the halfway point of the year (this, Scream, X), and I’m glad to call this one of them.