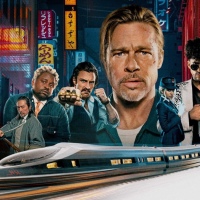 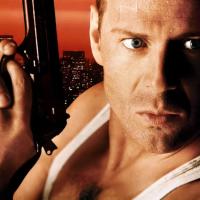 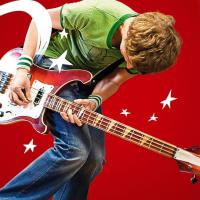 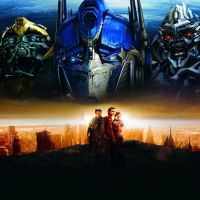 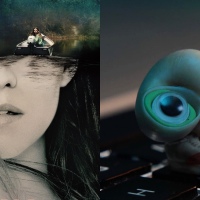 What’s the Story: Nicholas Angel (Simon Pegg) is a police constable who’s very skilled at his job based on his dedication to being the most exemplary cop in London. He’s so good, in fact, he’s promoted to sergeant and is to relocate to the sleepy town of Sanford, Gloucestershire just because he’s making everyone on the force look bad. Once he arrives, there’s nothing precisely exciting, especially when he’s paired up with fellow constable Danny Butterman (Nick Frost). The modest lifestyle changes when a string of mysterious and gruesome murders occur in the village all of a sudden. So, now it’s up to Nicholas to put all the pieces together to find out what’s tying everything to these recent deaths.

After Edgar Wright made a considerable impression with 2004’s Shaun of the Dead with his buddies, Pegg & Frost, give him anything even more creative for his next project, which comes in the dorm of the action buddy comedy Hot Fuzz. When I was a kid, I wanted to see this at the movies since it looked exciting and funny, a combination that rarely fails with the people involved. But that didn’t happen, though I used to have a poster in my old bedroom that mysteriously disappeared. So whenever anyone talks about classic comedies of the 2000s, everyone will be in relief when this gets mentioned because it’s one that never gets old.

Just like how his previous film plays homage to the best zombie flicks, Wright wanted this to be a nice send-up to old-school buddy cop films. They have been popular over the decades when we had the Lethal Weapon series, Point Break, and others. And Hot Fuzz came out at the right time for a film that wasn’t going down as a forgettable time. There’s no denying these guys love their action movies and love the genre enough to make it both realistic and cliché simultaneously, but in the best way. This was something you can tell Wright always wanted to make one or one that takes place in the U.K., so it was up to him and Pegg to write a comedy that would blow everyone they came out prior out of the water. Did they make it work? You bet.

The days of being a cop will never happen with me since I’ll stick to seeing actors portraying them for the time being. But the way Wright keeps things at a minimum at first then raises suspicions throughout doesn’t make for a dull sit-through, thankfully. Of course, not every American action movie isn’t as crazy since we don’t see a ton of them going about their days with car chases, explosions, or anything Danny always imagined it would be. Still, you never know when the situation calls for it, especially when a town like Sanford hasn’t had a dangerous problem in decades.

Everything about Hot Fuzz, much like the other installments in the Three Flavours Cornetto trilogy, is always wise in making you believe one thing, and it turns out to be true. Its clever usage of references and callbacks never fails to help anyone with several plot points. There’s a nice balance of when it needs to be funny and when it wants to be serious surrounding the investigation of these numerous murders suddenly happening day after day. That level of excitement boosts strong reactions in how Wright and company managed to poke fun at the typical troupes in action movies without becoming entirely silly. Though it’s easy to spot some of them are dumb, this showcases why.

Anytime Simon Pegg and Nick Frost are playing opposite each other, that will always be a guaranteed win from me. Their performances of Nicholas and Danny never fail to make me laugh. These two started differently from one another since Nicholas is the straight man who takes his job seriously, while Danny presents himself as a bumbling guy who loves to drink and watch action movies that inspire him, though he’s not as dumb as it may seem. Since their characters take a bit of time to build this relationship, they need each other to push through their flaws. That has always been a recurring core theme that’s always told well in these films. Aside from them, I loved Timothy Dalton going from James Bond to villain Simon Skinner, who always gives these not-so-subtle hints he could be the bad guy, and Jim Broadbent as Danny’s dad Frank adds to being another standout in the cast.

As always, this hits it out of the park at making you constantly laugh at the minor details you overlooked the first time but caught on several rewatches. The banter between Nick and Danny is amusing at best, even when a scene takes the time to develop them, talking about why they decided to be cops. Anything else with the missing swan or the sheer oblivious of Skinner never gets old. Combining all that with the action, it doesn’t disappoint when done through Wright’s editing style. The third act goes over the top when it all culminates in an all-out shootout in the sleepy English town. That kind of energy was unexpected, but you can’t help but get psyched out of your mind with the adrenaline kicked into gear.

Overall, Hot Fuzz shows how impressive a director Edgar Wright is with this memorable send-up of buddy cop movies with his comedic edge. Smartly written, action-packed, and carried over with dynamic performances of its two leads, it’s endlessly fun from beginning to end. Many fans have this as their favorite Wright film, and there are never any complaints right there since it’s a general hit one must find entertaining. Not following the route of a sophomore slump, it features one would love about action-comedies the way many won’t have problems. For me, it’s my second favorite in the Cornetto trilogy, and it only gets better with time.