Knowing Top Gun: Maverick isn’t coming out this weekend and has been pushed to December is back enough to know this year has fallen in the trash for so many anticipated movies that were originally supposed to come out this summer. But that doesn’t mean I shouldn’t talk about the late Tony Scott/ Don Simpson and Jerry Bruckheimer produced original Top Gun, because who doesn’t feel the need, the need for speed?

What’s the Story: Lt. Pete “Maverick” Mitchell (Tom Cruise) is a hotshot fighter pilot who plays by his own rules. Because of his reckless attitude, he and his pal/ co-pilot Nick “Goose” Bradshaw (Anthony Edwards) are sent to Top Gun Miramar Naval Air Station in California to become the best of the best when competing for the Top Gun Trophy and winning the heart of his flight instructor Charlotte “Charlie” Blackwood (Kelly McGillis). 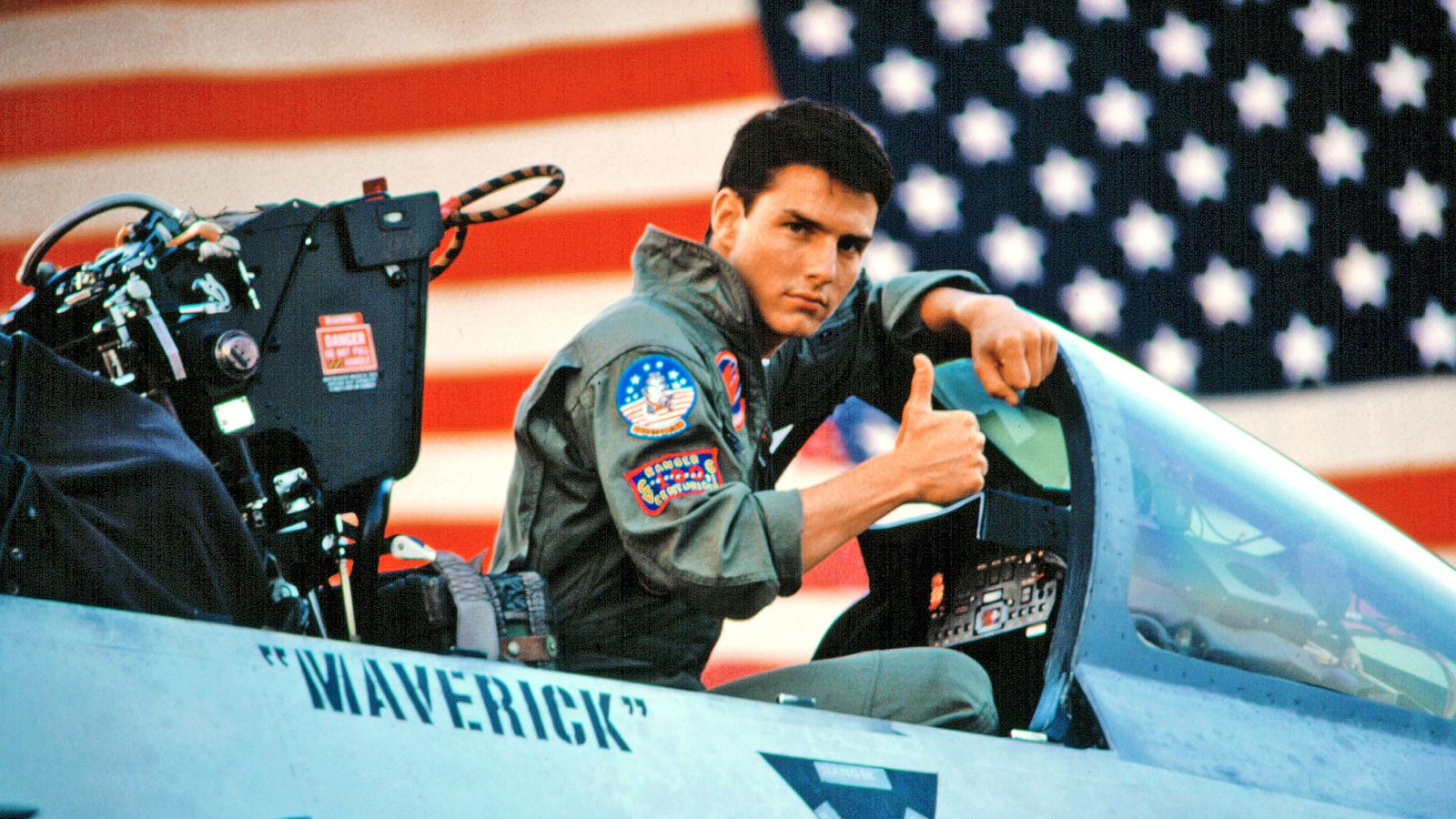 If you grew watching Top Gun in the theater back in 1986, there’s so much nostalgia to get from an action movie that was easy to get recruitments from those who wanted to join and become exceptional fighter pilots like its main protagonist here. This was one of those movies I didn’t watch as a kid but always knew what it was when movie fans quote its memorable lines. Despite having so many followers decades after its release, the movie wasn’t that popular with critics, only holding a 54% on Rotten Tomatoes. Is it to say this is one of my favorite Tom Cruise movies? No, but this should be given some kind of second chance for those who never felt the energy before. If I were alive in the summer of 1986, I would’ve been nuts for this and wanted to be wearing shades, being cool and all.

Pete Mitchell was the role that put Cruise on the map as a huge movie star in the making, and you can see why this is one of his most memorable characters. While he made himself as a breakout star with Risky Business, Top Gun truly made the then 23-year-old leading man’s status with his charisma and professionalism with his performance. To some extent, there’s a group who believe Maverick is the kind of character who has a cocky attitude when he shows off what he can do in the sky and not follow direct orders. No arguments there, but why he’s willing to do what he can is to be better than his late father, who was also a pilot, proving he can be the best he can without making the same mistakes as him.

Everything about how the way the overall movie looked was beautiful to look at, and it’s one of Scott’s best-looking dramas he has done. Here, this is one of those movies where his direction wasn’t distracting and handled his style, and this was only his second feature film. While it’s technically categorized as an action movie, people can also put this in the sports genre since the story sounds familiar to others like this. The cinematography where it captures the sunsets, which is what to come to expect from anything the producing duo is behind. But it’s all about the aerial fight sequences that will get anyone pumped up and feel like you can fly a jet of your own. It’s always exciting for these scenes to occur during the movie and be blown away of how they were filmed, which probably wasn’t the easiest thing to accomplish since it involved nothing CGI back then, they needed permission from the Pentagon and the Navy to use real jets. That wouldn’t be possible if it weren’t for the amazing sound designers for its immersive craft of the howling sounds of the jets flying off.

Some might not care about the romance between Maverick and Charlie, but I thought it worked, even though it wasn’t difficult to know where everything was going. He made a good enough impression when he spotted her at the bar the night before when he sings “You’ve Lost That Lovin’ Feeling,” and it worked on his second try of accomplishing that. This made me wonder if that could work in real life. And it becomes more of a complicated relationship between them both when they try not to fall for each other despite can’t do it. McGillis’ performance was good, and she honestly looked pretty here.

In the supporting roles, Anthony Edwards and his impressive mustache killed it as Goose, and the bromance between him and Cruise is top-notch. Val Kilmer as Tom “Iceman” Kazansky made for the perfect rival against Maverick, who’s not too keen to him because he thinks he’s dangerous. It would be impossible to not do the bite when thinking about his character. Seeing Michael Ironside as “Jester” Heatherly is always a pleasure. The film also had stars who would become more famous later on like Meg Ryan and Tim Robbins.

The script by Jim Cash and Jack Epps Jr. isn’t the strongest thing in the world, as it can delve into being very familiar with other movies before and after this came out. It follows a basic story that doesn’t throw in many surprises to the mix, but you watch the movie simply for the flight sequences, and that’s pretty much it. Heck, the same team behind this did Days of Thunder four years later, and I wasn’t a fan of that one because it felt like a copy of what this brought to the table.  Still, because of its fast-paced nature, you’re able to be interested in following Maverick around from beginning to end. Why was there a scene where sweaty guys play volleyball? Maybe they were on a break, but that was a cool scene, especially when “Playing with the Boys” was the right track to play during it. Was it homoerotic for me? Nah, because we didn’t get enough of them.

And the soundtrack is an equally enjoyable aspect that’s slightly better than the movie itself, and it’s not an official ’80s movie if it doesn’t have Kenny Loggins. One of my favorite songs from any movie is “Danger Zone,” which they played about four times, and it didn’t bother me at all. That is what you listen to whenever you’re driving at top speed, cranking the volume up. Plus, who can forget Berlin’s Oscar-winning single “Take My Breath Away” when it was played during the passionate love scene between Cruise and McGillis? Did it need to be played multiple times whenever they have a scene together? I didn’t think so, regardless of liking the song.

Top Gun might have its detractors, saying there isn’t anything special about, but I happen to find the highest-grossing film of the year entertaining, even if it’s not the best aviation movie out there. Because if you think something like Stealth is better, you have major problems. With its exciting action sequences and Cruise’s performance and winning smile that helped gracefully, it’s the most fun you can have a cheesy ’80s action movie of watching people fly jets. Here’s hoping Joseph Kosinski doesn’t disappoint with the upcoming sequel later this year.