Even though I wasn’t alive during the summer of 1989, there’s no denying that summer movie season was stacked with unforgettable gems. Everybody remembers the classics like Indiana Jones and the Last Crusade or Ghostbusters II, but it was Tim Burton’s Batman that had to be the most talked-about movie all year long, which isn’t a bad thing when it was a start of seeing superhero movies back in the spotlight.

What’s the Story: Having witnessed his parents’ brutal murder as a child, millionaire philanthropist Bruce Wayne (Michael Keaton) fights crime in Gotham City disguised as Batman, a costumed hero who strikes fear into the hearts of villains. But when a deformed madman who calls himself the Joker (Jack Nicholson) seizes control of Gotham’s criminal underworld, Batman must face his most ruthless nemesis ever while protecting both his identity and his love interest, reporter Vicki Vale (Kim Basinger).

When this came out, it was around the time the comic book genre was dying out, and it wasn’t like we see today with the abundance of them coming out each year. The only superhero movies that had gotten the best response from moviegoers were Richard Donner’s Superman and its sequel. Everything else that came out in the decade of the 1980s that was an adaptation of a comic book series failed to meet expectations both financially and critically. It was an enormous deal for the people over at Warner Bros. to make this happen, turning this beloved character in a serious movie. At the time Batman came out, it was the best thing the world has gotten in a long time.

I was getting a bit into the character right around the time after Batman Begins came out, a movie I wished I saw in theaters. Since I was still young, it never knew about the older movies that came before it. With that, I didn’t grow up with them like everyone else. But I always wished to watch back then to be in the cool crowd of being a massive Batman fan. Honestly, I caught this after Christopher Nolan’s trilogy ended. Thinking I would not understand it made it into a cool experience.

Burton’s treatment of the source material was probably different from what most thought it would sit in the theater. The unique style he brought to here shows how easy it is to be caught up in his world and how his mind works. This would not be like Adam West’s Batman, where it gets all campy from the TV series, but this turned out to be a much dark take on the story and made the hero more serious than we expected. For me, that was a win. Though it was dark, it was also fun enough to be engrossed by when all the action takes place and felt like the comics brought to life for many. And when I first watched this, I was thinking this would be the earliest take on the origin story, but we see Batman is already existing in Gotham, taking care of criminals left and right.

The world was lucky the internet wasn’t around this time because almost everybody would’ve lost their freakin’ minds when they heard Michael Keaton was cast as The Dark Knight. This casting decision sparked some backlash since Keaton since he was primarily known as a comedic character actor in previous films such as Mr. Mom and working with Burton a year prior with  Beetlejuice. Him starring in this showed back then that comedians know how to put on a different persona when given a role outside their confrontation zone. Keaton made for a great Batman, proving the naysayers completely wrong. Some might not have liked him more as Bruce Wayne, but I bought into his billionaire personal very quickly when we see him out of the mask, dealing with what’s keeping him down as a person. Where does he stand with other actors who have played Batman? He’s my second favorite behind Christian Bale, to be honest.

Now we come to another aspect of the film that everybody cares about the most: Jack Nicholson as Jack Napier/ The Joker, Burton’s first choice. Heath Ledger will always be my favorite interpretation of the iconic character. That being said, I love Nicholson’s performance as he stole every scene he’s in. Yes, he’s, basically, playing himself, but after winning two Oscars at that point in his career, he should be whatever he wants. Perfect casting, if there ever was one, when he was able to be funny and scary at the same time. What I love about his performance is that he works in a ton of his scenes, but the way they made him out to be the cartoonish gangster version of how we see this villain was cool, and you can see he had fun with this role. Some of the best dialogue comes from him, from “Wait till they get a load of me,” or “Tell me something, my friend. You ever dance with the devil in the pale moonlight?”

The rest of the supporting actors were also great in their roles. Kim Basinger as Vicki Vale was that damsel in distress character who screams a lot, but I liked her character, regardless, and I happen to think she and Keaton had some good chemistry in the scenes they shared. Man, she was beautiful in this. Michael Gough as Alfred, who also appeared in the next three, has always had a great screen presence, and though we didn’t get enough of Billy Dee Williams as Harvey Dent, it’s just nice to see him once in a while. Why couldn’t he return for the third movie, huh?

Talking about anything from a technical standpoint is exceptional in its own right. The Oscar-winning production design is how I would envision Burton would make Gotham City look like. The costume design, especially Joker’s suits and my favorite Batman outfit yet, Roger Pratt’s cinematography, and of course, Danny Elfman’s score is brilliant, and it fits so well in establishing the style and tone of the movie.

But as much as I really like Batman, it has its fair share of problems I certainly noticed every time I watch it. Like I said before, this didn’t have that much Batman since it mostly focuses on Joker. They share the same amount of screen time by 15 seconds more from the title character. This movie should’ve just been called “Joker” since this was an origin story for him. Most of the visual effects don’t hold up as well upon re-watching them now. And anytime there’s a scene with Basinger’s Vicki and Robert Wuhl’s reporter character Alexander Knox wasn’t interesting enough to care, and it dragged quite a bit whenever it cuts back to them.

Another thing I didn’t feel was necessary that’s up in the air with some people was including Prince on the soundtrack. That’s not to say there’s nothing wrong with Prince since he’s a legend, but his music didn’t fit the style. Believe me, it was definitely cheesy when Joker and his henchmen are in the museum painting over the pantings with “Partyman” blaring on the boombox. Fans might’ve also been split with how Burton handled the mythology in this, as it was his idea to have Joker be the one responsible for killing Bruce Wayne’s parents in the alley or having Batman kill people. If anyone thought it was a bad move for him to kill in Batman v Superman, take another look to see him be darker. Some of these changes surprised me, but those problems weren’t enough to downgrade the rest. 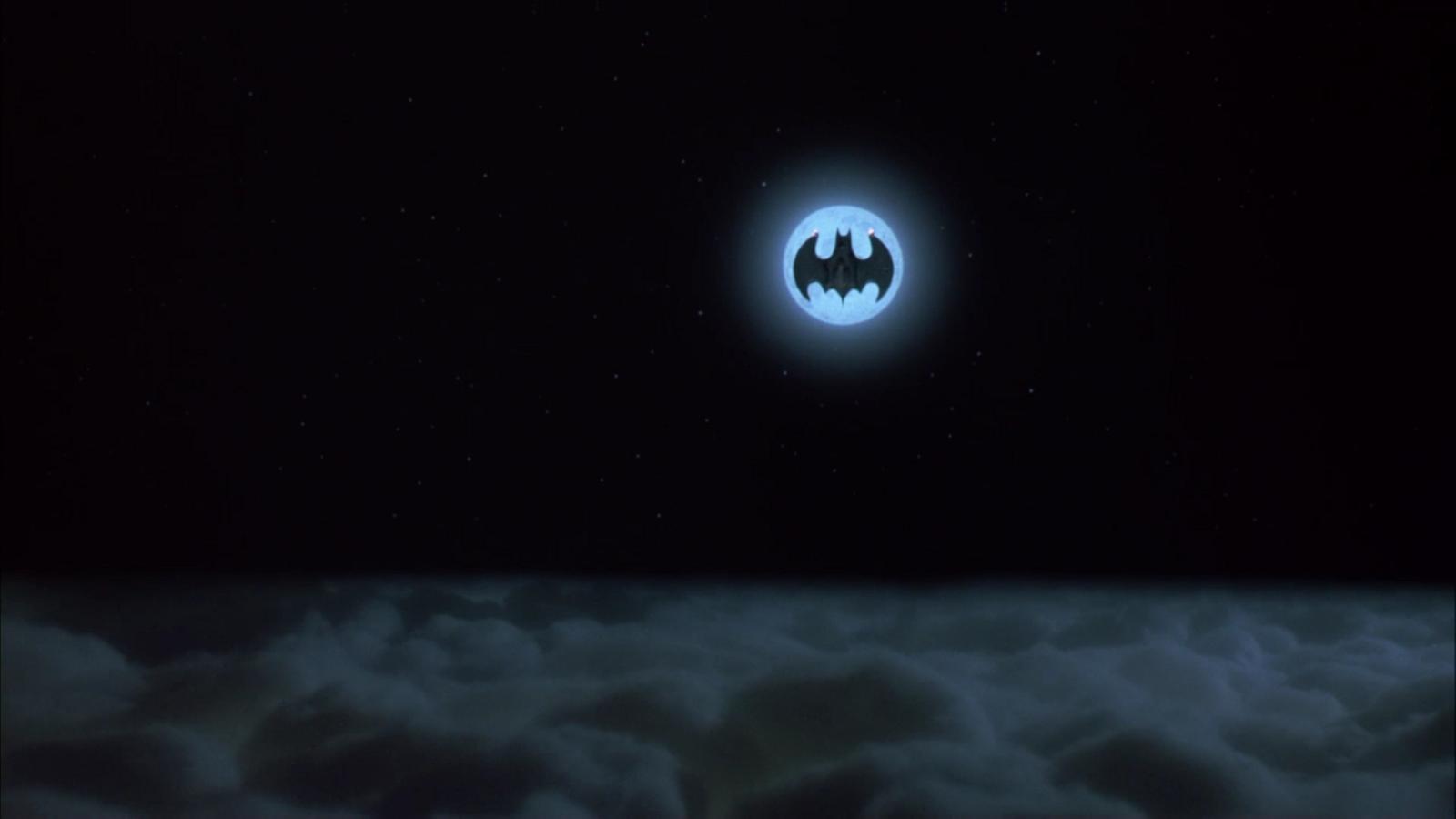 Whenever you think about at the amazing roster of superhero movies that have come out for decades, it’s not shocking to hear Tim Burton’s Batman is up there as many people’s favorites. Burton captured the fun and excitement associated with the character, all thanks to the performances from Keaton and Nicholson and embracing the dark and fun side of it all. Regardless of the mostly positive reviews when it came out, it still went on to be the highest-grossing movie of the year for the big-screen treatment we deserved. Is this considered the most perfect thing in the world? No, but putting the realism aside, it’s what you’d expect from something featuring The Caped Crusader.

Side note: I always wanted to try the cereal they had to market the movie.