Many issues plague America, not just at this very moment, but what those who’ve been fighting for in years to what really matters to certain people. Never Rarely Sometimes Always goes out of its way in taking the topic of abortion in the country in a way that’s more realistic than anything else, especially when it’s for a small audience and its results make for an amazing drama that understands real-life situations.

What’s the Story: After facing an unintended pregnancy and the content laws in her home state, seventeen-year-old Autumn (Sidney Flanigan) and her cousin Skylar (Talia Ryder) board a bus to travel from rural Pennsylvania to New York City to get herself an abortion and navigating in a city they haven’t been to.

Never Rarely Sometimes Always was one of the films that debut at this year’s Sundance and winning the Silver Bear Grand Jury Prize at the 70th Berlin International Film Festival, and I was very happy to hear so many positive reviews from the latest drama from writer-director Eliza Hittman (It Felt Like Love, Beach Rats). This would’ve been nice to see this at the art-house theater that usually gets smaller indie films like this, but with the situation we are in right now, that wasn’t going to be the case. Even if this wasn’t trying to go for some kind of political statement, this was a personal story that can be relatable to many women in the world. One of my biggest takeaways was that I never thought of this as a movie rather than seeing this through the eyes of real people going through this difficult time. Many movies have taken on teenage pregnancy before, but they did this in a way that was realistic enough to understand how to go through with this. Seeing none of her previous work, this was a quiet and human portrayal that hasn’t been put to better use in a while.

We’re focusing our attention on Flanigan and Ryder’s performances of Autumn and Skylar, respectively. For young actresses that probably haven’t acted in anything before this, they gave some great breakout performances that shouldn’t be ignored when it comes to them getting more work after the release. Their communication with each other isn’t a ton once they set out to NYC, but seeing them on this journey of getting this thing done shows that you need someone to be supportive, especially when it’s a family member.

Hittman’s screenplay touches on a hot-button subject that’s a ton of people don’t enjoy talking about: Abortion. This film takes this seriously and not provide any jokes keeping to this. When I saw the trailers and saw this was going to be part of the story, it didn’t concern me since we probably haven’t seen a drama take on this thing that could lean on either side. I won’t say my opinion on it, but this was a mature approach everybody needs to appreciate, whether it’s challenging. Never once did this become melodramatic and trusts those who watch this to get attached to what’s going on without a bunch of dialogue. Another thing is the cinematography by Hélène Louvart goes out of her way in not making a scene look beautiful but a bleak, gritty-looking towards the city. 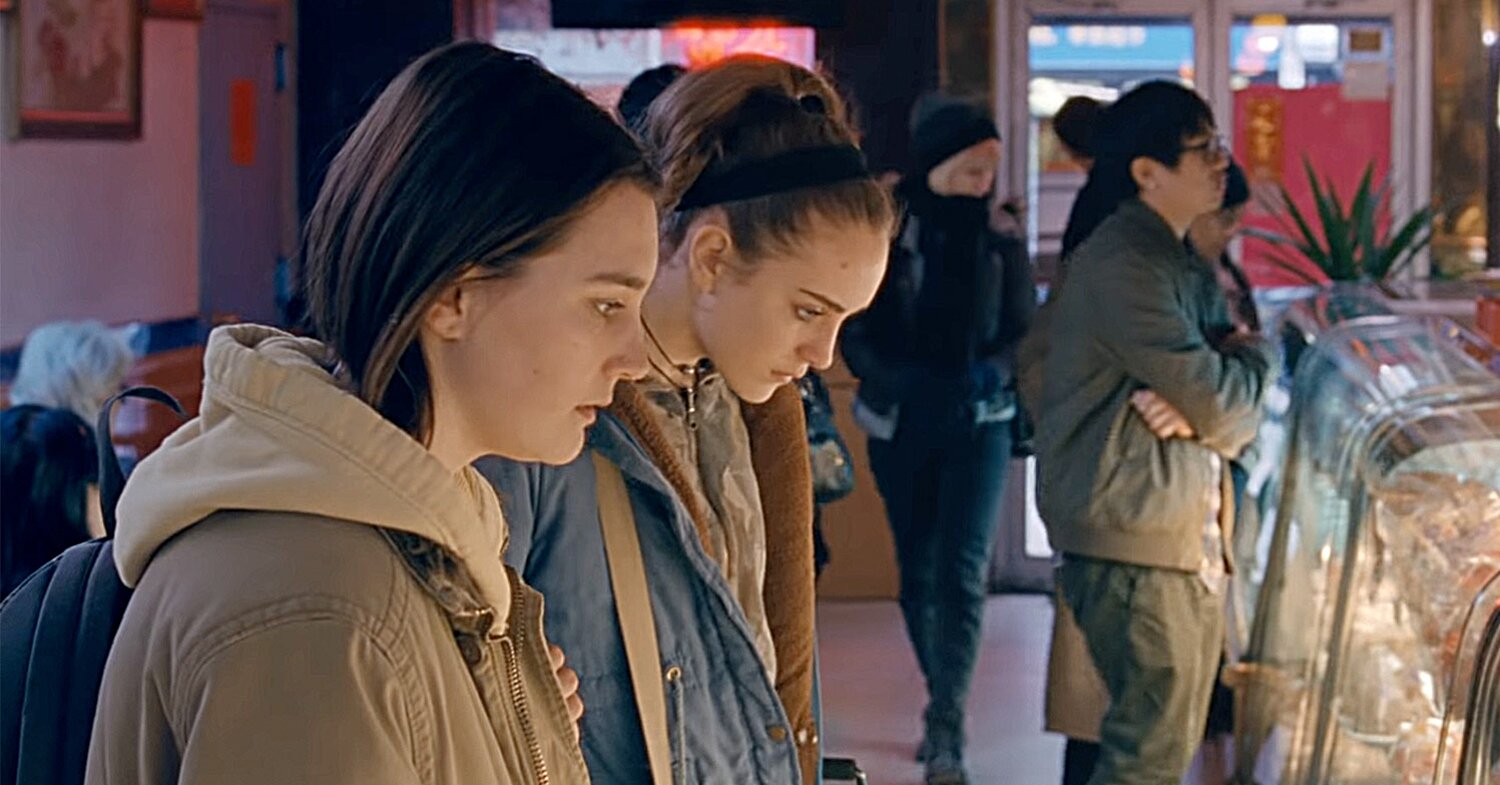 There’s one scene where the camera is just focusing on Flanigan while she’s being asked a series of questions by a clinic counselor, that’s where the title comes into play, with no cuts involved from what I know of. That might be my favorite scene in the film because it gives us the devastating opportunity to learn about how we got here and just seeing her reactions felt real, to the point of truly seeing her as a real person rather than a character. We’re only a few months into the year, but that will be a scene worth remembering.

If there were any problems, some might find it boring. The film doesn’t have any big outbursts of arguments as it felt like you’re watching a play with a small budget. To me, it might’ve been slow, but I didn’t mind it and thought it earned the right to keep that kind of pace. From start to finish, I was completely engaged in following our main leads. Other than that, I wanted more scenes with singer Sharon Van Etten who plays Autumn’s mother. She also provided the track “Staring at a Mountain” that played during the end credits. I also have to recommend you guys to listen to “Seventeen,” one of my favorite songs from last year.

Seeing a new release like Never Rarely Sometimes Always on television still feels weird when it’s a small film that many people haven’t heard of, but this is easily one of the best this year has to offer, with the praising going towards Hittman’s direction/storytelling and two amazing performances from its newcomers. Though this probably might not be for everyone, Focus Features released this on-demand this month as it gives us the chance to check the beautiful that is this drama. Did you also know Moonlight‘s Barry Jenkins is an executive producer on this? What a surprise. Not the type that’s worth the casual re-watch, but it’s worth checking out if you’re not busy.