Talks of a Bad Boys follow-up have been around for almost ages. If you want my opinions on the first two movies from 1995 and 2003 directed by Michael Bay, I’m not a fan of them like everyone else. They’re the buddy cop action movies that showed that stars Will Smith and Martin Lawrence can be more than sitcom stars, yet there isn’t anything great about either of them. That goes with Bad Boys II, especially, since I honestly feel it’s bad. That’s what you expect when it comes to Bay directing action poorly. After waiting for 17 years, we now have Bad Boys for Life that will give fans rejoice to finally see the best one yet.

What’s the Story: Miami detectives Mike Mowrey (Smith) and Marcus Burnett (Lawrence) are back, and getting a little older where Marcus just wants to think about retirement while Mike still wants to continue being a cop since that’s all he’s good at. Though they are called back into action once again when someone close to them starts to take out people involved with their past and putting their lives in danger.

What was worrying me about Bad Boys for Life was that this was going to feel like an unwanted sequel Sony spatted out in the middle of January, and even though Bay didn’t direct this time, this is something huge for Belgian directors Adil El Arbi and Bilall Fallah. These are also the same guys that are also attached to direct Beverly Hills Cop 4 later on (hopefully). Though it still surprised me that they went forward with this after years in development. I had low expectations because of the trailers and not looking forward to this at all, but I had a good time with this third movie that’s more re-watchable than the others. It was almost like they knew I’m in the minority with its predecessor and gave me something good for once.

Easily the biggest strength this franchise has is the unmatched chemistry between its two leads. After just 17 years since the last one, there wasn’t a single moment between them that was unengaging when we know Smith and Lawerence just had a blast working with each other again. It’s almost like they’re an old married couple in the friendship they blossom. Smith is always going to be awesome in this role, no matter what, but this is the strongest performance in playing Mike. And normally, I’m not a fan of Lawerence with comedy because I don’t find him funny, but this is probably the best I’ve seen from him in a long time as Marcus. This is the best they’ve been together.

This entire movie improves significantly over what Bay has done before. For starters, it’s surprising to say this made me laugh throughout. That might be because it didn’t have that stank Bay humor that gets tiresome, but most of the funniest moments had me and my audience laughing because of how absurd or relatable a situation may be.  Even the fast-paced action sequences were a million times better when they film these scenes with no ridiculous shaky camera work. Nothing was mind-blowing, but from the opening car chase to the climax, it didn’t give me a headache since it was pretty cool. Some love the freeway chase in the second, but that was an example of Bay at this worst, and its style is not shown here. Arbi and Fallah did the best they can in fitting their style with what Bay brought before in a good way.

Out of the new cast involved, be on the lookout for Paola Núñez as Rita. Never seen her before, but not only is she gorgeous, her role was pretty cool when the chemistry between her and Will is solid. It was also great to see Joe Pantoliano reprise his role as Captain Howard. Then the trio of Vanessa Hudgens, Alexander Ludwig, and Charles Melton as part of the AMMO squad didn’t felt wasted and were good editions when teaming up with the duo.

And this franchise finally has a good villain in Kate del Castillo’s Isabel Aretas. That’s true to say because none of the villains from the other two movies were memorable in the slightest, and I don’t even remember what their respective purposes were. Bad Boys for Life gave her a reason why she’s doing this, along with her son Armando (Jacob Scipio) that makes sense for to hinge of revenge. 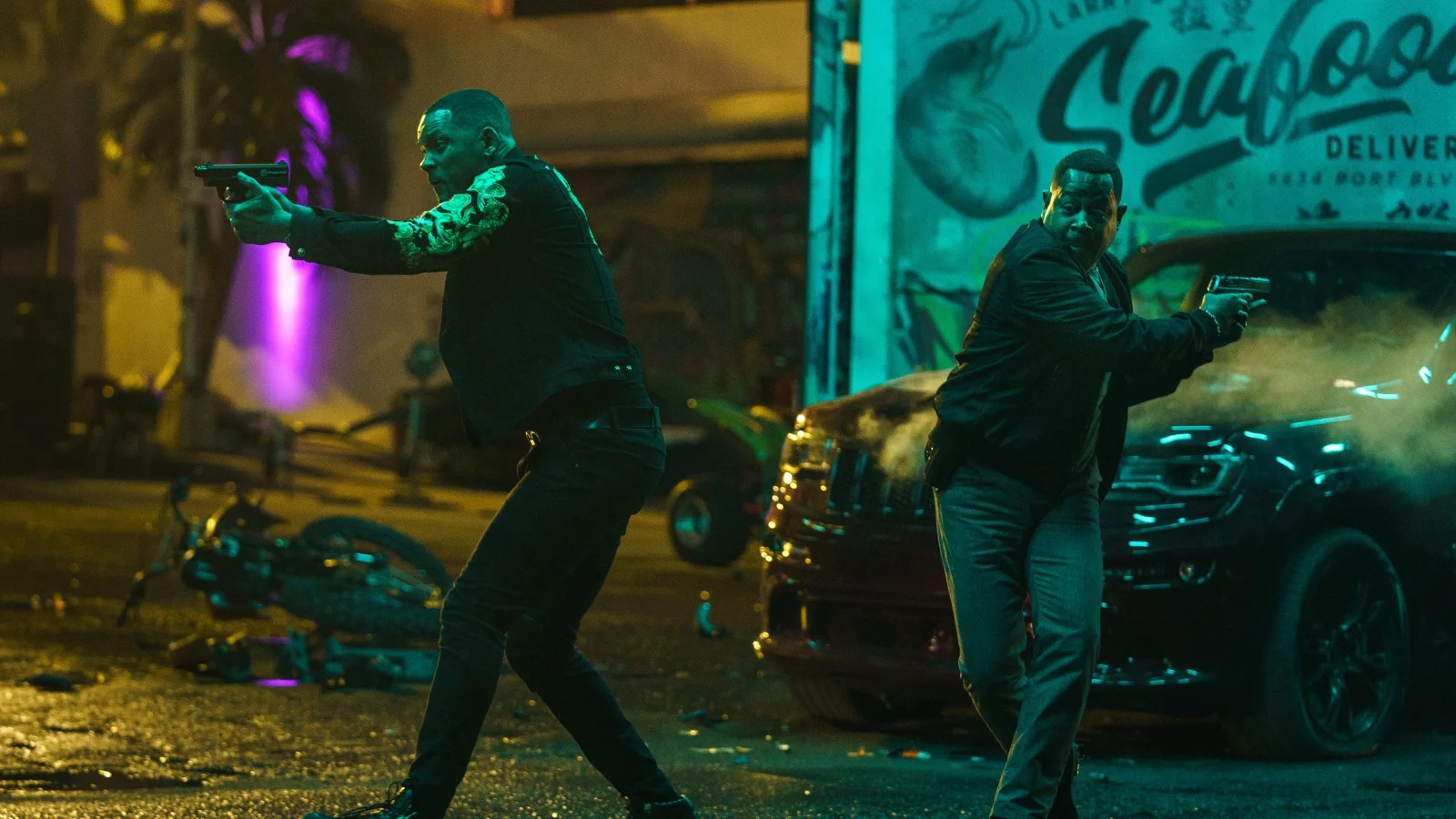 The story is about as basic as one could get, which you kind of what to going into this thinking ahead of time. This is one of those occasions where there’s a plot to follow and makes some sense half the time. This throws in some surprises I didn’t see coming. Most of all, it appears shocking. They even did away with handling rightfully emotional moments, which lacked very much so from before. At least what Arbi, Fallah, and the writers (Chris Bremner, Peter Craig, and Joe Carnahan) realized what we now care about the characters and the stakes that are realized in this. I didn’t care about Marcus or Mike that much before, but this was one of those times where I didn’t know what was going to happen. They ride together, they die together.

While I easily consider this the best one in this long-running, R-rated series, this isn’t the most perfect action movie out there. Some jokes didn’t make me laugh in the cause of not-so-good dialogue. It also tends towards being predictable in the same veins as a ’90s movie.

Bad Boys for Life isn’t going to be winning any Oscars anytime soon, but color me shocked to say this is the first big surprise of 2020. For someone who doesn’t care about the previous two movies, this third installment was entertaining, they handle well the action, and the chemistry between Smith and Lawrence is at its best in here. Finally, it’s refreshing to see Smith not only in a satisfying sequel to one of his own movies (besides Men in Black 3) but a good movie after seeing him in disappointments left to right. There are already plans for a fourth movie, so sign me up because I’m down to see what comes up next for them.