Let me tell you something: It’s going to be a hard obstacle trying to talk about Serenity. Why you may ask? Because a lot had to process about the what kind of thriller this was supposed to be and how everyone is going to feel about its end it’s all over. For a movie that came out in January, I’d figured it’ll end up not being good. After sleeping on it, I honestly don’t know if this entire movie was a fever dream.

What’s the Story: Baker Dill (Matthew McConaughey) is a fish boat captain on the remote island of Plymouth. When his ex-wife Karen suddenly appears after tracking him down to get rid of her rich, abusive husband (Jason Clarke) to save herself and their son for $10 million, he ultimately struggles with doing the right thing for a huge price.

Who knows how this was going to turn out, but there was curiosity when writer and director Steven Knight (Locke) was attached to a thriller seemed to be surrounded in mystery from the trailers. Plus, I did remember this getting pushed back a few times, and when the studio dumps it in middling grounds of January that’ll be sweep under the rug like nobody notices isn’t helping. Believe me when I say Serenity is one of those movies to come out of 2019 that’s able to make me angry and honestly stupid beyond compare.

This is a talented cast that has the likes of McConaughey, Hathaway, Clarke, Diane Lane, and Djimon Hounsou. All of these actors are excellent in their line, but mostly all of them give horrible performances, and it’s sad to hear me say that. The best I can say is that they’re trying their best with bad material.

McConaughey looked like he’s been dazed the entire time, Clarke is over-the-top in the worse way, and Lane’s character adds nothing to the story whatsoever. Hathaway is by far the worst in a role that calls for her to be melodramatic in an unbelievable manner. And then you take in the fact that neither her or McConaughey share any chemistry. At least it was nice to see a little Interstellar reunion with the addition of a steamy (kinda) sex scene. How fun.

From a directing perspective, Knight didn’t do a good job, unfortunately. There was nothing about this so-called thriller that was intriguing with it has a plotline that’s so boring, and it offers up a script that doesn’t make you care about any of the characters. And the dialogue is not even worth mentioning since it’s pretty trash. 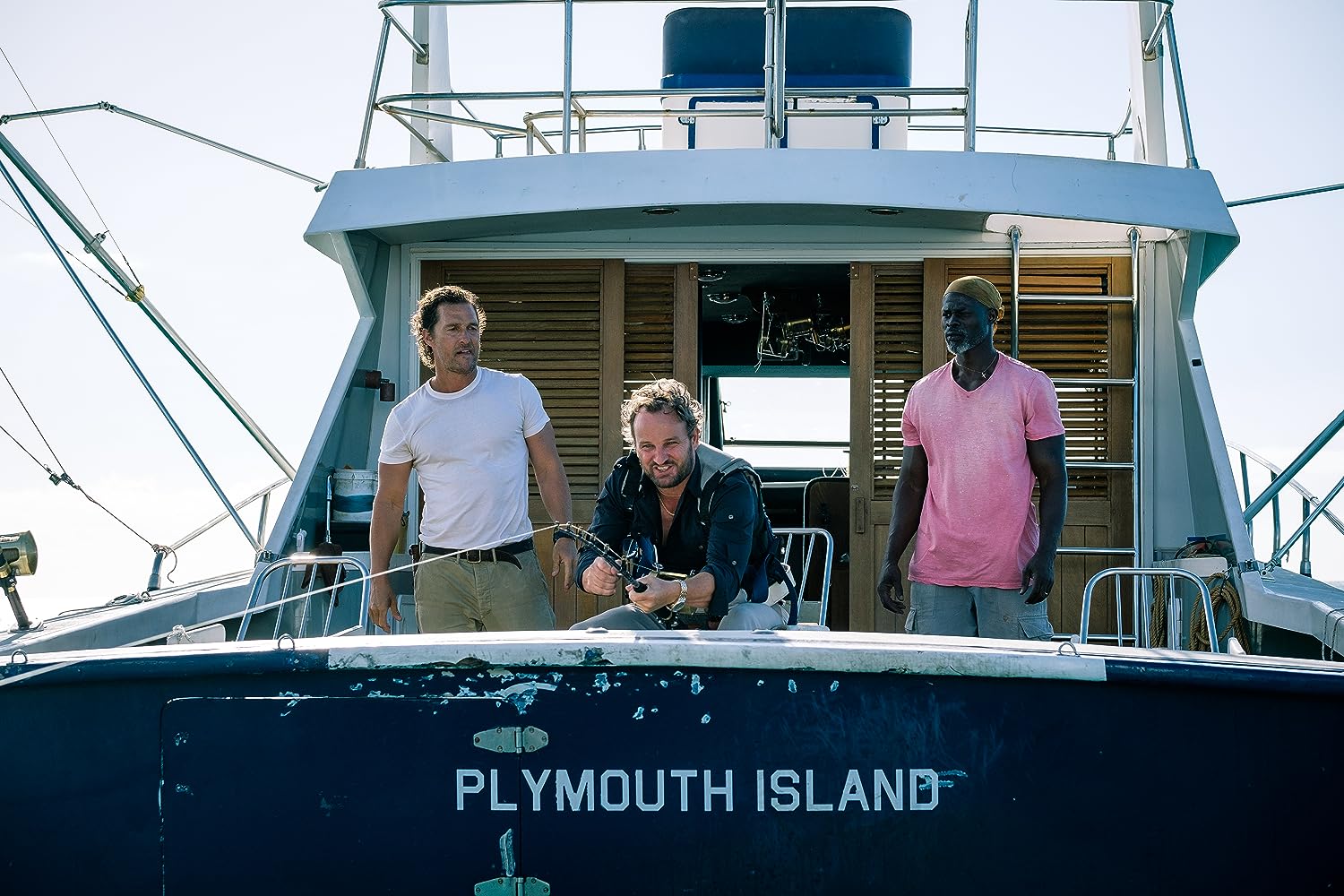 But there is something in here that explains what the entire movie is set up as. You may call it a twist. I truly didn’t know the face of confusion I had to make when it’s equally bonkers and one of the dumbest things I’ve ever heard, and it’s actually in this. After the reveal, the rest of the movie had me in a state of looking like an idiot and not exactly paying attention to what’s going on. The day after I watched it, I’m still trying to convince myself that it wasn’t real and I dreamt it happen.

Overall, Serenity such a frustrating mess because it thinks you’re expecting one thing, but something else ruins it in hopes of being clever but failed hard. Maybe giving Knight a bit of credit for doing something original, but that doesn’t make up for its bad performances and a painfully awful twist. Some might think of throwing this in the movies that are so bad, it’s good pile, but it’s not even a guilty pleasure kind of bad.