Never take the Fast and Furious seriously because it’s supposed to be over-the-top and it’s just there to be a popcorn flick to watch with your friends. Before the franchise eventually goes one step further into actually going into outer space, and I believe it will happen at some point, we get to see Dwayne Johnson and Jason Statham reprise their roles from the previous entries to give us the summer movie season spin-off that fans have been waiting for Hobbs & Shaw and it knows exactly what it is.

What’s the Story: Luke Hobbs (Johnson) and Deckard Shaw (Statham) are forced to team up with each other after a cyber-genetically enhanced criminal named Brixton (Idris Elba) wants to release a deadly virus around the world, and it’s up to them to stop him.

If you’re like me and think the Fast and the Furious franchise has gotten better and even more ridiculous when Fast Five came out, then you understand how much fun this entire series came to be. Seeing that David Leitch, director of John Wick, Atomic Blonde, and Deadpool 2, was going to be helming the spin-off features characters that we grew to enjoy in the good movies in the franchise, maybe it wouldn’t be such a bad idea. All I wanted out of Hobbs & Shaw was this to be a fun summertime action blockbuster that I can turn my brain off and just enjoy. And, yeah, this is basically a buddy cop movie that’s an easy watch.

Just like how we got a little glimpse at what was to come between Johnson and Statham in The Fate of the Furious, the both of them worked so well together and their banter between each other never fails. You know right off the bat that these two don’t like each other, but they have to team up to save the world. Also, both of their performances are what to expect from these action stars. Some of the funniest moments between these two are when they are trading insults, and most of them are a bit unexpected.

After seeing Vanessa Kirby in this and Mission: Impossible- Fallout just over a year ago, I think it’s safe to say that she’s totally capable of becoming an action star. As playing Shaw’s little sister Hattie, she’s practically forced to work alongside with her brother and Hobbs, and the chemistry for all three of them was so good.

And Elba’s Terminator-like villain is hardcore and a great addition to the franchise. Could I buy the fact that he’s unstoppable as he calls himself, “a black Superman”? Why not? But of all the villains that have been apart of the franchise so far, he does a lot more than the rest.

But I go into any Fast and Furious movie expecting some killer action sequences, and it didn’t disappoint. At some point, I knew what to expect from these movies because they will go into the moments of chaos where it’s very stupid and you have to suspend disbelief how anyone would survive what happened. Not to the insane level where a car flies into another building in Furious 7 type of insane, but you know. Anything that has to do with a chase was probably the movie’s best standout set-pieces. So, yeah, they were pretty awesome.

Yeah, the plot does hinges on being totally ridiculous when it involves a deadly virus, and that kind of idea has been done times before in other action movies with probably mixed results. But I wasn’t expecting a spin-off from a billion-dollar car racing franchise to be Shakespeare. Secondly, though Elba was cool, he was one-note. And though Leitch does a great job with directing the action, I did wanted them to have a little more style to them. 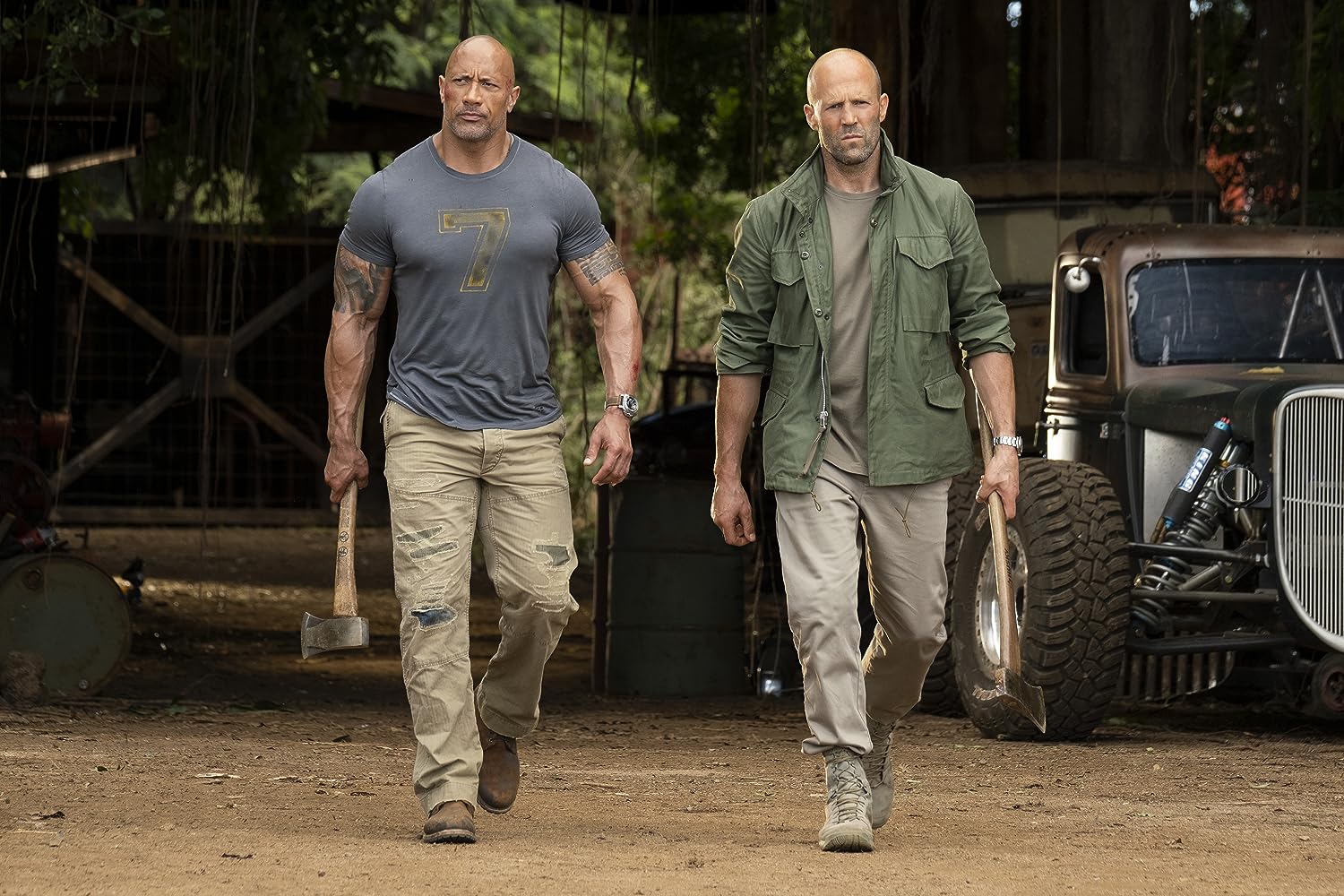 If you haven’t gotten into this franchise since it started, then you will not like this whatsoever just based on the trailers. But I won’t lie when I say I was fully entertained with Hobbs & Shaw, even though it wasn’t great. Even with the long runtime of 135 minutes, it didn’t feel that long when what helps with the chemistry between the leads, killer action, and a few surprises in the mix. This spin-off might keep you on your feet until Fast and Furious 9 comes out next summer.