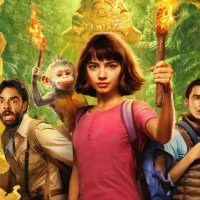 It’s unsure if writer/director Quentin Tarantino will plan to retire from filmmaking after he’s done with his tenth film in the future. Whether it’s his R-rated Star Trek film or something else. But when fans of his see his name, that’s the ultimate selling point to know something amazing will happen. Once Upon a Time in Hollywood, his ninth film, gives us a blast from the past to present his love letter to the golden age of the television and cinema in only the way he does it best.

Leonardo DiCaprio plays Rick Dalton, an aging television actor that’s best known for his role as Jake Lawson on a popular television Western called Bounty Law while working alongside with his stunt double and friend Cliff Booth (Brad Pitt). While transitioning into film and making a name for themselves in Los Angeles, it’s a bit of a struggle for both of them. All the while, Dalton also lives next door to actress Sharon Tate (Margot Robbie) and director Roman Polanski in the year 1969. 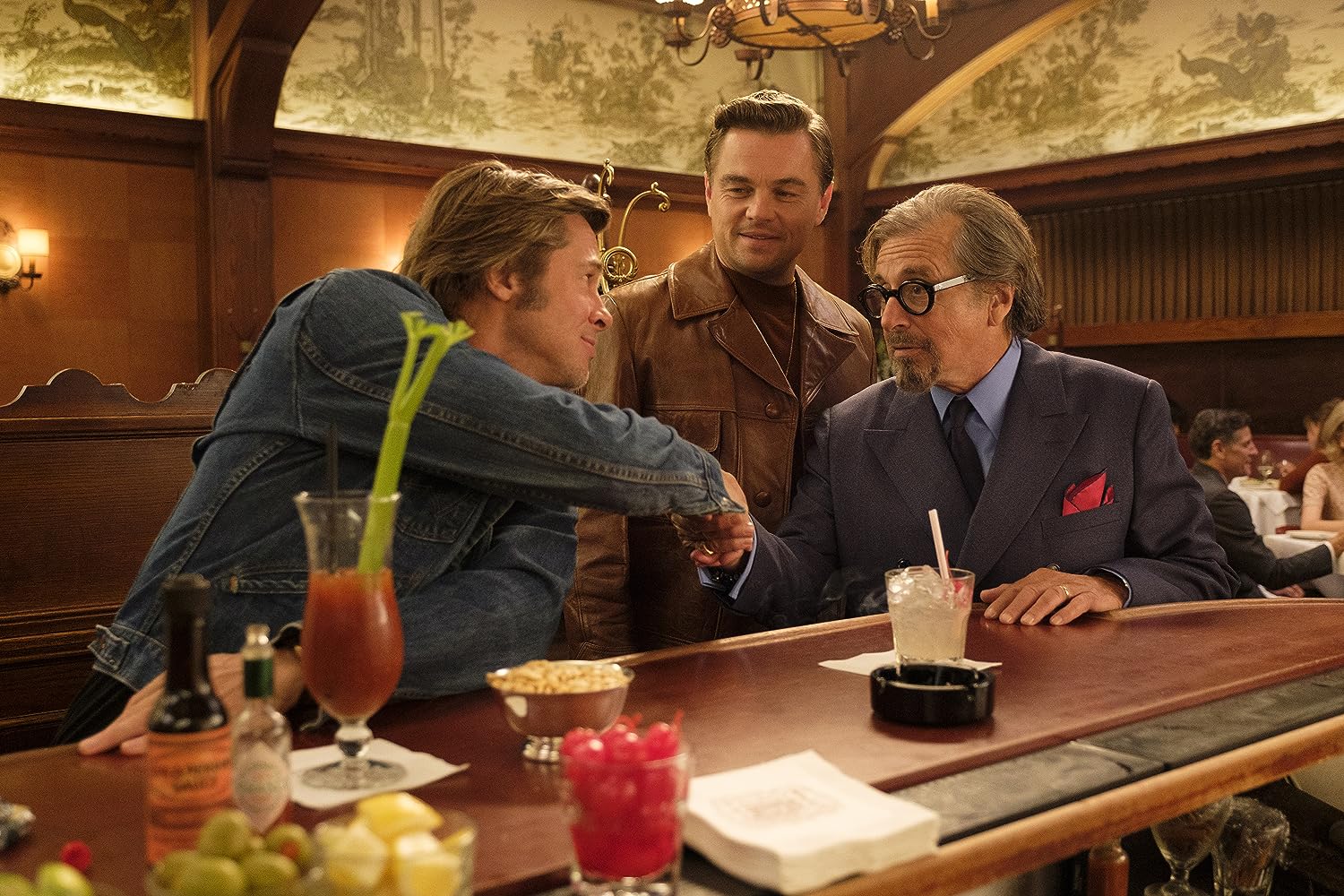 Once Upon a Time in Hollywood was one of my most anticipated movies of the year because I’m up for anything that Tarantino is involved in. His style of filmmaking is enough for me to appreciate what he can do with a script and behind the camera. Each film he tackles is shown with excitement, especially 2015’s The Hateful Eight, his previous film that I still one of those who still enjoyed it. Is it enough to say Once Upon a Time in Hollywood is a masterpiece? No, but I still had a ball watching it.

As you walk into a Tarantino film, there’s a lot of things that are to be expected from those who’ve been with him from the beginning. What you got here are amazing, long sequences with dialogue between characters, a killer ’60s inspired soundtrack that completes any scene, shots of feet, and a captivating and original story. All of those features are in this. But what I was surprised with this is that unlike his previous films, this is the one that’s the most laid-back and almost chill, and that’s a good thing. There’s violence in here, of course, but everything else is just the characters talking and working in the industry.

Even though some might feel like the narrative isn’t exactly clear and it could make them bored, I was able to understand it and follow along with these real and fictional people. It’s also able to provide some funny comedy and dramatic moments without clashing. Probably the one film from Tarantino that has the most laughs.

The performances from DiCaprio and Pitt are amazing, and the chemistry they share is the best. Totally crazy how two of the best actors working today never been in a movie together, even though they worked with the director in the past with Django Unchained and Inglourious Bastards, respectively. This is DiCaprio’s first film after finally winning an Oscar for The Revenant three years ago, and his role of Rick Dalton is never dull and believable when he’s acting. But if I had to pick a favorite out of the two leads, Pitt was the absolute best. He has some of the best moments and lines of dialogue that made him steal the film as Cliff.

The production and costume design of re-creating the look of the late 60s floored me throughout. From the outside to the movie sets Dalton is working on, it’s pretty incredible how they can make Hollywood back then and turn it into perfect nostalgia combined with Robert Richardson’s gorgeous cinematography. Because of this, you can tell Tarantino full-out loves this decade and really wants to express his love with a film that speaks out.

One of the other things I loved about this was seeing these fake television shows and movies just like they were real. Seeing these scenes of the actors filming while watching an actual movie was outstanding. Once Upon a Time in Hollywood, as a whole, just felt like it could’ve been a movie straight out the decade in a seamless fashion.

But what was probably the main reason why the film wasn’t entirely great was the lengthy runtime. Sure, every one of Tarantino’s films are long, but they actually feel short, in my opinion. But this is 161 minutes, and there were some occasions where the pace lags and loses a bit of the film’s momentum in the middle. Maybe could’ve cut out about 20 minutes or so. And though Robbie was great as Sharon Tate, she’s not given a ton to do, which made me question if she was needed in this plot at all.

Even when this was first brought up, I just figured this would have something to do with the Manson Family murders, and I was a bit skeptical about how Tarantino would this when the anniversary of the tragedy turns 50 this year. Truth be told, it does occur within the story, but it was unexpected, and it made me love the last 20 minutes.

By the end, if you need a good summer movie, Once Upon a Time in Hollywood is definitely the one to check out, if you’re a massive fan of the writer/director. You go into this expecting great performances, well-written dialogue, and looking through the lens decades back to have fun. Even though I can’t say this is one of his best out there due to just experiencing it once, I can see myself re-watching again in the near the end of the year to see it can crack my best list of the year.

5 thoughts on “‘Once Upon a Time in Hollywood’ | Film Review: Tarantino’s Love Letter to the ’60s”