It all began in 1980 when 19-year-old Robert Shafran arrived on his first day of college. He recalled that everybody was acting friendly to him and calling him “Eddy”. Sounds strange, right? That’s because he looks similar to someone named Eddie Galland after another student said he’s a close friend with Eddy. What to do? They drove to Long Island to his house just to see if it’s all true, and it is. They were twins. If that’s not enough, the story was so unrealistic that it was published in The New York Post. That’s when David Kellman comes in after witnessing a photo of Bobby and David. This was a story about how three men founded out they are triplets who were separated at birth. Right off the bat, Three Identical Strangers is one of the more intriguing documentaries that I had the pleasure of ever watch. Director Tim Warble told a kind of story that would be an original idea for a movie, but you can see why most people don’t realize that they have siblings. I always find identical siblings fascinating because there’s this feeling that we all have that just because they look the same, doesn’t mean they think the same. But I just became engrossed by this story.

It turns out that the triplets like nearly everything in common. They have the same taste in women, they smoke the same brand of cigarettes (Marlboro), and anything that comes to mind. After the triples made way due to their discovery, Bobby, David, and Eddy became famous and were practically celebrities when appearing on different talk shows like Donahue. How so? They opened a Soho restaurant called Triplets, partied at Studio 54, made a brief cameo in the film Desperately Seeking Susan. But most of all, they became very close to each other after they have known about each other.

And as the movie was continuing along, I knew that something was gonna happen because it was starting off with how these brothers became really famous all over the world. You start to wonder why these brothers were separated. And once it was revealed without spoiling, it just unnatural and almost has my mind working trying to figure it all out. 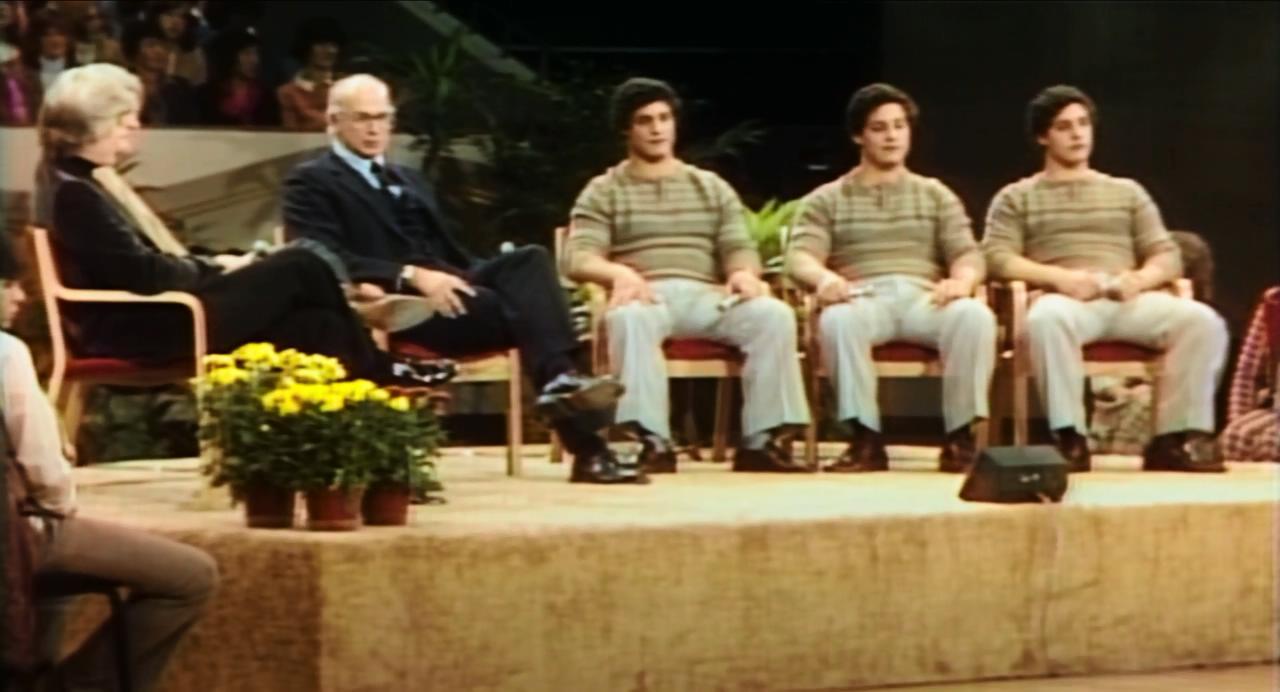 That’s all I really want to give out because there’s so much more that’s unraveled. There are, of course, interviews about their lives what started off as this amazing discovery and other things that happened later on. I will say it will make you talk with your family wanting to talk about any secrets that they might be hiding from you. The kinds of expressions that one might feel while watching this are possibly joy, sad, and the occasional “What?!”.

Since this made me think, I can really see this story being turned into an actual movie. It might be tough trying to picture who’s gonna play who. I’m glad I didn’t research anything before pressing play on my Fire Stick because it made the viewing experience more investing. Three Identical Strangers is such a fascinating and shocking documentary where I didn’t know that much going in. But the less you know, the better.