Spies, assassins, excitement, main characters out of their element. These are what some are to expect when going into a spy comedy like the latest film, The Spy Who Dumped Me. Most of the comedies that have come out lately has proved me wrong with the lowest of expectations. Is it wrong that this never peaked my interest when the trailers came out?

What’s the Story: Audrey (Mila Kunis) and Morgan (Kate McKinnon) are two best friends living in Los Angeles. But when Audrey’s ex-boyfriend Drew (Justin Theroux) shows up to her apartment, she discovers that he’s a spy, and now she and Morgan are a part of a deadly mission to, hopefully, not be killed.

Now, I’m always up for a good blend of action and comedy when it’s done right. Relative newcomer Susanna Fogel (Life Partners) directs and co-wrote the script with David Iserson, and even though it’s the lowest of interest that came with this latest summer comedy that nobody is talking about, maybe I might end up like this. Let me tell you, The Spy Who Dumped Me is unwatchable for anyone who enjoys these genres all at once.

This is one of those storylines that’s been played out a dozen times before where people are wrapped up in this dangerous mission with no way of knowing what to do with never knowing who to trust and helping out in ways that are unimaginable.

It took me a while to grab onto the chemistry between Kunis and McKinnon, but that worked well off each other. Not to say that I was really rooting for them to survive since they do come off as jerks during one scene, but they have a good rapport. Kunis has been on my mind a lot and I feel bad for her in the past few years because she honestly hasn’t been in a good movie in six years. Most like the Bad Moms movies; I don’t think those were funny. And I know she has comedic timing, but it comes off short here. 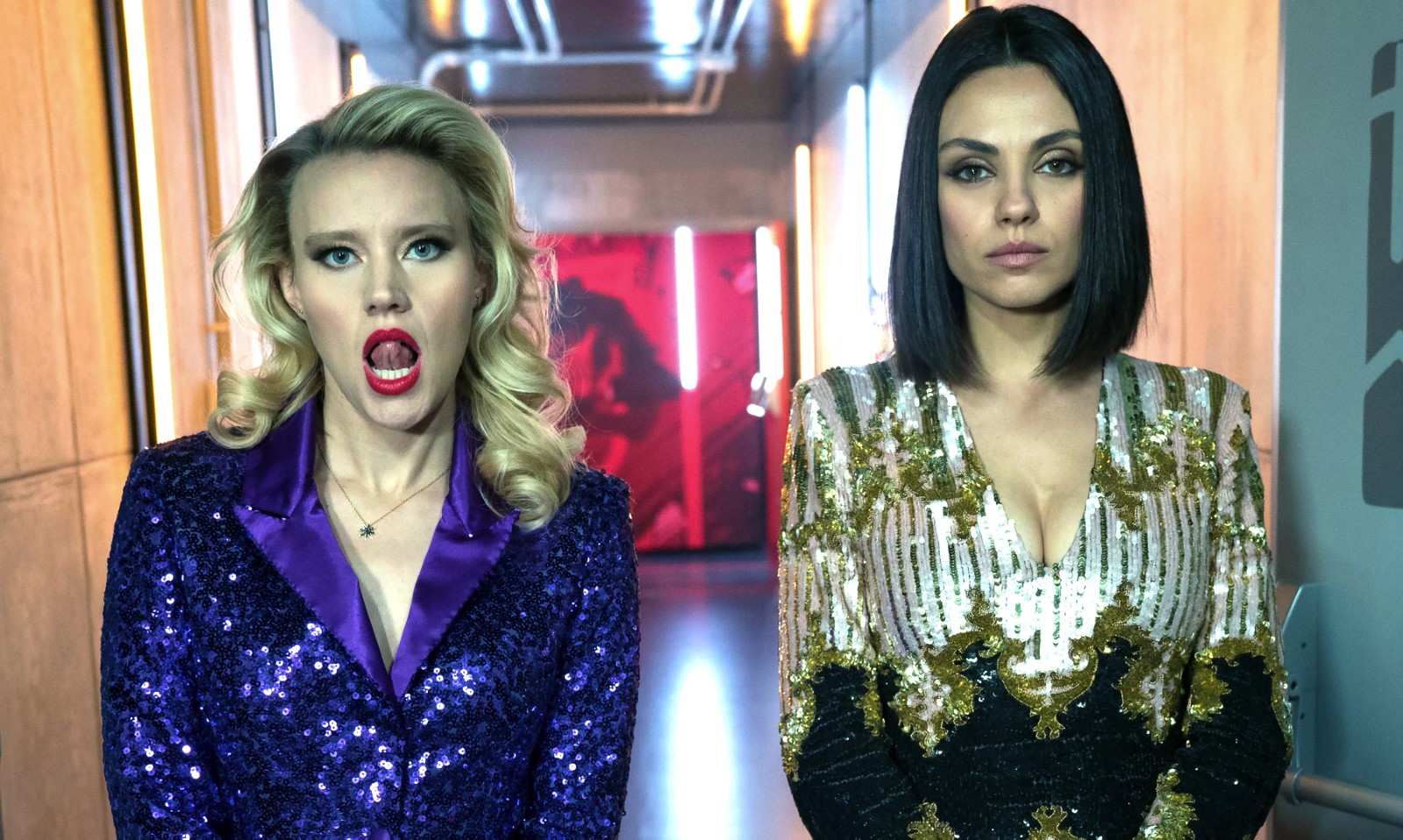 McKinnon still gets a ton of flask and I hate that she’s one of the divisive comedians working today. Everybody should have a mindset of knowing the type of character she’s gonna be. She’s definitely funny when she’s given the right material to work it.

The action, while well-shot, isn’t anything to get excited about since it’s difficult trying to figure out the overall tone of the movie since it goes from violet set piece to unfunny humor in the next. And it’s going for this hard R edge to realize that this wasn’t gonna be playing it safe with the blood, shootouts and a crazy car chase that’s always the go-about.

Sam Heughan (Outlander) as MI6 agent Sebastian, wasn’t actually too bad. He could easily play another agent in a better action movie than in here.

But I went into The Spy Who Dumped Me expecting to laugh and every joke in here bombs. That always bothers me when not even a chuckle is worth the time here. Even the car joke from the trailer didn’t even get me to smile. This overall screenplay is a mess through and through.

And it goes on for so long that it felt like we passed 90 minutes when it was only 75. Why is that almost two hours long? The first half wasn’t enjoyable but it was going for a good pace for a while, and then it becomes slow at one point.

The best way to compare The Spy Who Dumped Me is being in the same vein as Killers and The Hitman’s Bodyguard: both are action comedies that deliver poor jokes with action that does not provide worthy set pieces in between. There wasn’t any fun to be found in The Spy Who Dumped Me.  The chemistry is there and, but other than that, there wasn’t anything worth mentioning. Watch better spy comedies to spend your time with.

The Spy Who Dumped Me can’t be successful when all its humor and action set well even with the committed performances from its leading ladies in the forefront.

One thought on “‘The Spy Who Dumped Me’ | Film Review”