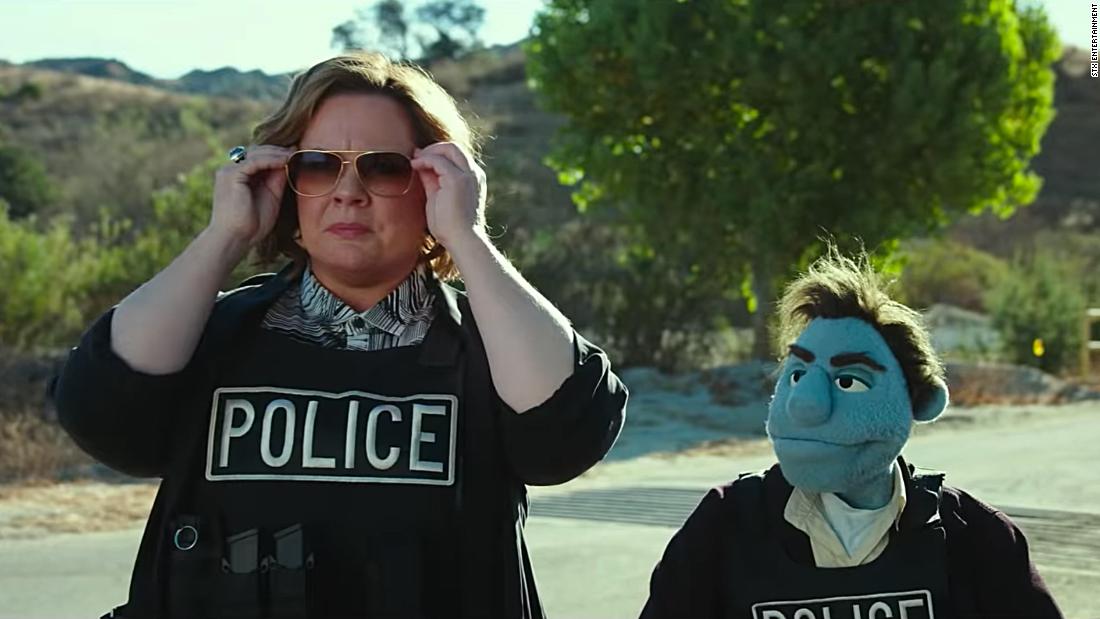 It’s great when the advertisement for The Happytime Murders, the latest noir crime- comedy released from Henson Alternative, lets you know that you have to leave the children at home for this flick because even though it involves puppets, there are scenes where they display adult situations that you wouldn’t let you young ones witness yet. Though we already have our fair share of raunchy puppet entertainment (Crank Yankers, Avenue Q, etc.), we seek into a such darker setting that might find its footing with most people.

What’s the Story?: In a world where humans and puppets co-exist, with the puppets labeled as second-class citizens, members of an old beloved TV sitcom called “The Happytime Gang” are being murdered. To stop from happening in Los Angeles, two detectives, Connie Edwards (Melissa McCarthy) and puppet Phil Phillips (puppeteer Bill Barretta), an ex-cop turned PI, must re-team once again to solve this case to end these brutal killings.

When I first heard about The Happytime Murders a few years ago, the concept actually sounded pretty cool, and it’s been in development for over a decade. Considering that you have Brian Henson, son of the great Jim, directing, only he can handle anything after he directed two Muppets movie in his career. The first time I saw the red-band trailer was before Deadpool 2 with a huge audience and we all thought it was the weirdest and filthiest trailer ever put to eyes. Who would’ve thought that R-rated movie involving puppets would get me excited (besides from Team America: World Police)? I knew going into this that I knew this was gonna be a silly puppet movie with nothing else. However, this didn’t make me happy as The Happytime Murders is one of the most disappointing movies to come out this year.

If the script, written by Todd Berger, wanted to be as raunchy as it can get, it didn’t to justice. Yeah, it does have that police detective plot that’s been done times before and there isn’t anything new here. Doesn’t the plot also sound reminiscent of Netflix’s Bright? The problem is that the buddy cop comedy angle of the mystery plot was uninteresting since we don’t necessarily care about these cast members of this popular show being killed off or even our main leads.

One of the reasons that The Happytime Murders might make for an interesting film is that this could make a case for the world building of the world. The reason why puppets exist doesn’t have a clear explanation and it comes off as lazy. It’s explained during the opening how humans don’t respect them, but it doesn’t go forward with that matter.

Would you believe that there would be some chemistry between McCarthy and a puppet? Not here. There was an incident to causes them to not talk to each other for a long time, and it wants to develop the plot a bit more, although it doesn’t. With that being said, McCarthy being in here does make as the only real highlight of the entire movie and she doesn’t come off as annoying; she fully gives a committed performance in the entire film. Too bad Paul Feig didn’t direct this.

Then you got the rest of the human cast like Maya Rudolph as Bubbles, Phil’s secretary; Elizabeth Banks as Jenny, Phil’s former flame and the human star of “The Happytime Gang”, Leslie David Baker as Lieut. Banning, the police lieutenant; and Joel McHale as the dumb FBI agent Agent Campbell. Aside from Rudolph, the rest doesn’t have much to work with.

With the laughs being the bright spot from the trailer, every joke is painful with just how bad the writing was. Most of them do rely on shock humor that’s going to be unexpected from puppets performing it, but it doesn’t work when it’s raunchy joke after raunchy joke that can’t seem to find a footing. Because of that, it wears off very quickly. How many times did I laugh throughout this? Once, and that was in the second act. I can also tell you that one woman was enjoying it since she was laughing almost hysterically.

Everybody has been comparing this to Sausage Party where you don’t assume this kind of movie to be aimed at adults when it looks like it’s made for kids. Honestly, these two really aren’t the same in any capacity. Most people didn’t think Sausage Party wasn’t all that funny, but I personally thought it was. Here, it comes nowhere near this or Peter Jackson’s Meet the Feebles (recent discovery for me).

In the long run, The Happytime Murders might have a liking to the other side of the crowd, but for me, this was 91 minute waste of time for a comedy that should’ve been way better than it sounds. Although I had a feeling that wasn’t gonna be good since the marketing didn’t show anything new to actually show in their ads. And if you liked the trailer, you’ll have fun with it. This just doesn’t have anything fun to this as this can be called one of the worst movies to come out this year.

The Happytime Murders had the potential to be full-out hilarious crime comedy, but it ultimately fails to be funny or have an intriguing story behind all of it.

One thought on “The Happytime Murders: Film Review”