Almost every kid growing up has probably read any addition of Captain Underpants: the superhero who wears a red cape and underwear. That how I was back in middle school when I remember reading two of the books when it was still popular at that time. Now, Dreamworks Animation has finally adapted Dav Pilkey’s biggest creation big screen in Captain Underpants: The First Epic Movie to hopefully be entertaining. If some people are already tired of the superhero movies that have come out in the past few months, maybe they won’t have a wonderful time with this.

George (Kevin Hart) and Harold (Silicon Valley‘s Thomas Middleditch,) are two best friends to come up with the craziest pranks they can pull on their school. But when their latest prank leads them into being in separate classes, they hypnotized their principal (Ed Helms) into thinking he’s a superhero named Captain Underpants, a character both George and Harold created from their stories they make together.

A part of me didn’t think this was going to work for some reason. This was going to be either watchable or forgettable. Will this be something children will highly enjoy because it’s based on source material that they probably don’t know yet? By the account of the past few animated movies that came out before, most definitely. Knew what I was expected when watching this, Captain Underpants honestly surprised me on how much fun this was.

The animation is creative and uniquely very well done. The style itself reminded me a lot of the animation for The Peanuts Movie. Everything has a lot of cool colors to really bring a sense of enjoyment when they used different styles during certain sequences. The design of all the characters really came straight out of the books as they look very similar in that kind of style.

The voice talents didn’t even distract for a little while. They really lend themselves to good work that doesn’t feel like a paycheck for any of them. Hart and Middleditch, together, had some good chemistry. Helm as the voice of Principal Krupp/ Captain Underpants was the right guy to do this character. Nick Kroll is hit and miss for me sometimes and as Professor P, doing his spot-on German accent, to a surprise, he had some funny lines as the film’s main villain. I was even surprised that Jordan Peele provided the voice of Melvin, the suck-up kid who doesn’t get a single joke at all. 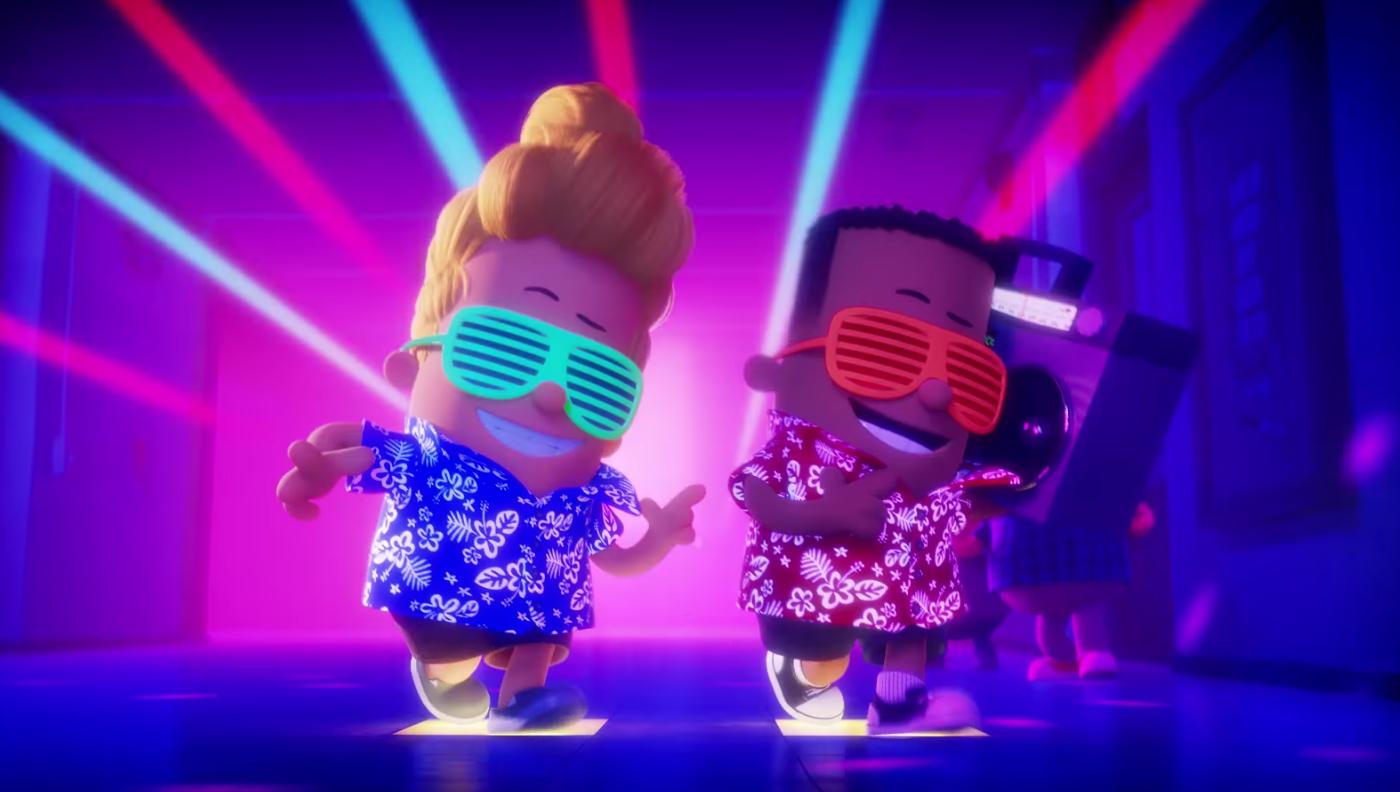 And this is actually really funny as the jokes don’t seem like they take a break speeding through. Never thought I would laugh more than five times, but its humor, while childish, was still clever when it’s trying to attach to its target audience. Credit to writer Nicholas Stoller (Storks) for once again writing good comedy when it’s needed. It also has its moments of bringing that meta-humor that makes for anything hysterical. I mean, when you have a joke about two of the main characters laughing at the word Uranus, how could you not laugh at that?

The story itself is somewhat simple and straightforward tolerated just for kids and while it can sometimes fall under some jokes and kind of rushed story that is meant to kids, it had to bring back that there’s probably isn’t going to be a classy kids’ movie at best. This is a very fast-paced movie as it’s only an hour and a half. Luckily, there wasn’t any dull moment to be found.

2017 isn’t having a good track record with its animation slated as some of them don’t reach that level of enjoyment especially for who it’s meant for. But, this is actually one of the better-animated movies that come out this year. Kids will have fun watching this and hopefully, they will gain some insight into reading the books that which this is based on.

Captain Underpants: The First Epic Movie is perfectly fast-paced and entertaining based on the popular kids’ books with its animation, humor, and simple enough story to pay attention to.