Taking a real event from history that said changed the world that has never been told on screen could be challenging. If it’s in the hands of somebody who can easily tackle anything, that’s a perfect thing to capture. In the eyes of writer-director Christopher Nolan, Dunkirk is just the epic story that needs to be shown on screen in the perfect way possible. Better yet, it gives a solid history lesson about everything that’s important.

The Story: In May 1940, Germany advanced into France, trapping Allied troops on the beaches of Dunkirk during World War II. Under air and ground cover from British and French forces, troops were slowly and methodically evacuated from the beach using every serviceable naval and civilian vessel that could be found. At the end of this heroic mission, 330,000 French, British, Belgian and Dutch soldiers were safely evacuated. 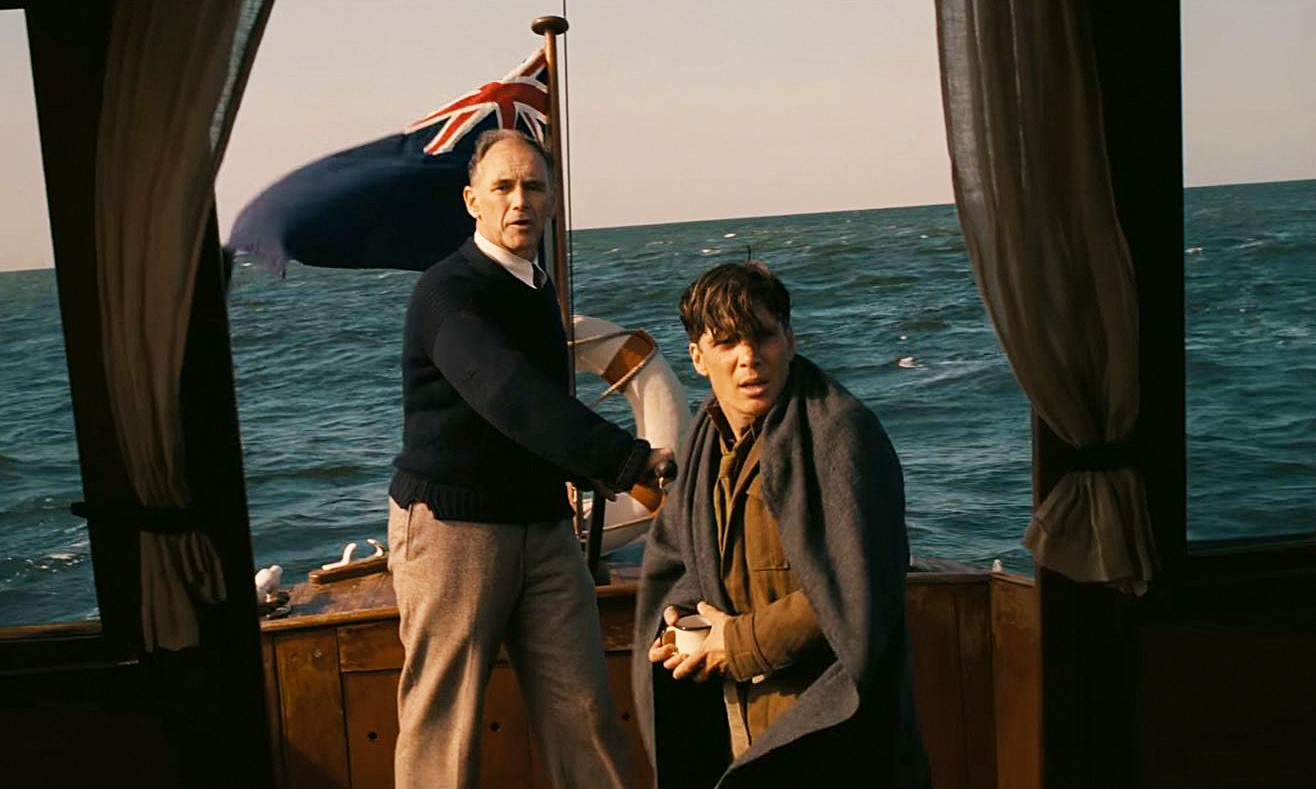 Like many, I’ve never heard of the Battle of Dunkirk. But the fact that Nolan was going to be directing a war movie sounded intriguing on the spot. He’s my second favorite director of all-time. He personally hasn’t made a terrible in his career yet because he personifies himself as a visionary director, in my opinion. His past films are examples of why he’s talented with the greatness of The Dark Knight Trilogy, the mind-bending Inception, and the divisive but equally entertaining Interstellar. Because of Nolan’s name, this was easily one of my most anticipated movies of the year as I had high hopes for this to be a great summer movie. But his latest film, Dunkirk might be the best movie of the year so far as this is a masterpiece of cinema.

Nolan is just a genius at crafting his work. The direction is flawless bringing flare into making it feel like we’re put into the dangers of Dunkirk. Like some of his films, he tends to showcase nonlinear narrative storytelling. Here he uses that tactic to show what happens between everything shown in the land, air, and sea. It gives you a sense of being part of the scene where something’s going down. The structure left me off guard slightly, there was a point where it made sense thanks to the editing.

The battle sequences are something to be blown away by. Even though this is a PG-13 war film, which is rare, it’s still pretty violent as it didn’t need to utilize blood and gore. There are great uses of practical effects with real planes and boats and real locations giving it that genuine feel of making it real and not just on a soundstage. Anything from the dogfights in the air, anything that’s in the sea, and what’s happening on land felt authentic and realistic feeling like you’re in that situation. This is also one of the shortest Nolan’s films clocking in at 106 minutes (still shocked by that) as this was pretty fast-paced. From the opening scene to the last moment, you’re on the edge of your seat engaging in what’s going to happen.

This has some big name actors in here with Kenneth Branagh, Mark Rylance, Tom Hardy and Cillian Murphy. All of the performances are well-done. Rylance, in particular, was the standout. The main lead that can be counted for is Fionn Whitehead, who did a fantastic job. You wanna know who actually surprised me? Harry Styles of One Direction fame. When I first heard he was cast in this, this worried me because some artist who acts in a film probably isn’t the best choice for a career. But he was honestly great. With his performance in this and his single Sign of the Times (A song that I actually like), 2017 for him is in good hands.

On the technical level, Hoyte van Hoytema’s (who also did the DP for Interstellar) sweeping cinematography fills up the entire IMAX screen and it’s beautiful. Didn’t get the chance to see it in 70 mm, but it’s still brilliant in all amounts as the framing on the screen is incredible. Han Zimmer’s exhilarating and heart-pounding score is incredible as I think it was used throughout the film immersing the suspense of nearly every scene. He uses the sound of a ticking clock to be recorded to be a part of the score, which is a neat touch. And the sound design sure is loud as it makes you feel like you’re in a scene involving gunshots, bombs dropping, or the sound of the planes flying by. And by loud, I mean it makes seats shake as it feels like thunder struck the auditorium. Kind of the same way I felt while watching Interstellar for the first time. It didn’t make my ears bleed, but it was worth seeing it in IMAX.

The only small issue that followed the film was the lack of characterization that’s carried with the characters. There’s never really a real focus on a certain character as we don’t get enough information or background about them. Maybe it was supposed to show real-time during the event. But even though the development isn’t there, it still gives me a chance to really care about them surviving a deadly time in that period, which is probably what Nolan was trying to intend as he wanted to focus primarily on the war itself.

This ultimately shows the impact of all these soldiers as it captures that they want to survive. They have nowhere to go without any rain of hope to be surrounded by. Around this time in life, it was becoming bleak and frightful with these wars between countries. All the men who risked their lives to rescue these men and also fight to live through the end is the bravest thing anyone could’ve done. The different perspectives are to purposely show everybody doing their best to be saved and protect is well-realized.

Walking into this, I knew this wasn’t going to be a full throttle action movie throughout. It’s directed by Nolan, and I’m pretty sure it’s a story that I need to follow. It’s definitely one of Nolan’s best films in years.

This is in the same position that Inception was years ago as this really has Oscar potential. Maybe it could be some nominations including Best Picture. I’m already doubting they will nominate Nolan for Best Director because he’s always screwed over for the category.

In the end, Dunkirk didn’t feel dull at any moment just showing it’s a fearless war film without holding anything back. Fantastic action, cinematography, score, and directing that should be considered as one of the best war films since Saving Private Ryan or Hacksaw Ridge.

Tension-filled, intense, and just brilliantly captivating, Dunkirk is epic on all scales brought together by Nolan’s filmmaking.