The reign of talking babies in entertainment still belongs to Stewie from Family Guy, Baby Herman from Who Framed Roger Rabbit?, and Mikey from Look Who’s Talking. Hearing that Alec Baldwin will be voicing a smart baby, did it catch my curiosity? From the gecko, I knew The Boss Baby isn’t going to be one of Dreamworks Animation’s best. I mean, it has to be a million times better than Baby Geniuses.

As being told from the perspective of his older self (Tobey Maguire), 7-year-old Tim (voiced by Miles Bakshi) is the center of attention with his parents (Jimmy Kimmel and Lisa Kudrow). He also has an active imagination. Everything seems to be going perfect in his life until the arrival of his new baby brother (voiced by Baldwin). However, he arrives at his home in a taxi, wearing a suit and carrying a briefcase. The instant sibling rivalry must soon be put aside when Tim discovers that Boss Baby is actually a spy on a secret mission, and only he can help thwart a dastardly plot that involves an epic battle between puppies and babies. 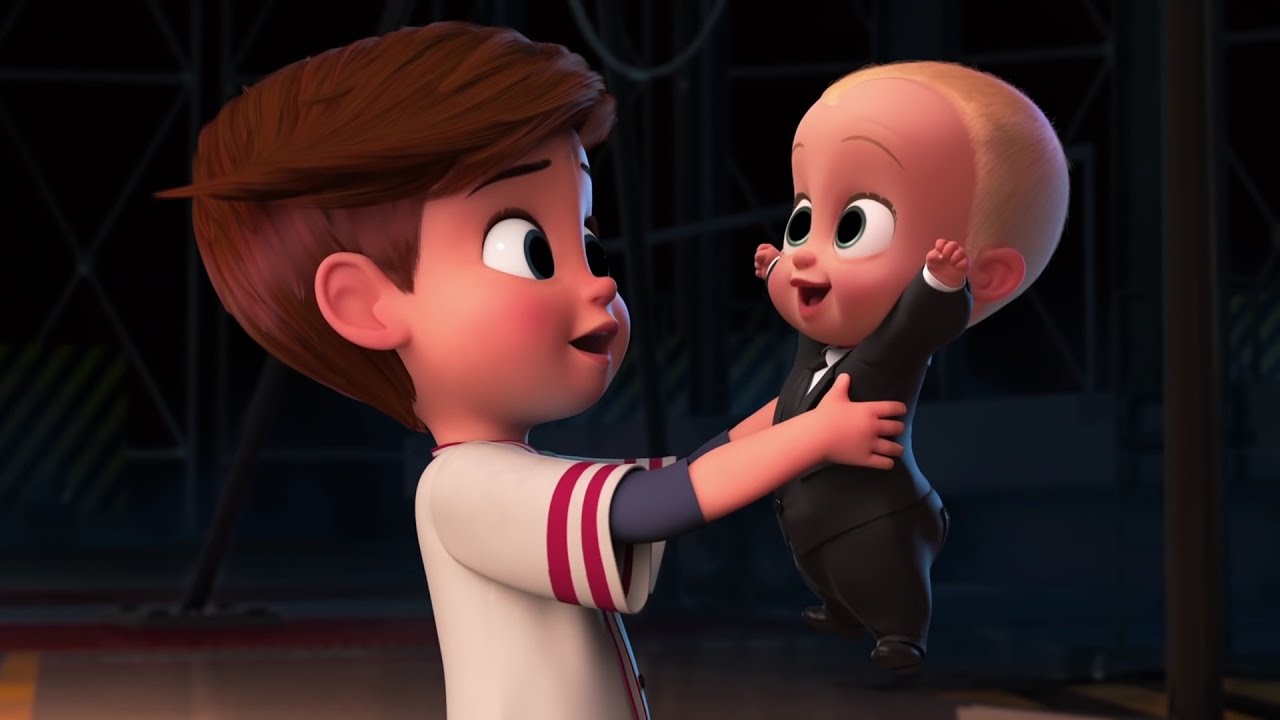 The Boss Baby is one of those animated movies that didn’t speak to me. At first, it seemed like it could be a funny movie. But after watching the second trailer and learning what the actual premise is about, it sounded ridiculous all the way around. As it’s based on a children’s book, it’s not going to be taken seriously. So after it was over, it’s very conflicting whether I liked it or hated it. It’s in the middle now. But I will say it doesn’t leave me feeling dumb after watching this.

I’ll say the story is a little baffling. It does tell you about how babies are there to stop puppies from being the cutest things in the world, but that wasn’t all that. When they tell us how babies are “actually made”, it leaves you with a question mark over your head, and it’s a little predictable on how everything is played out.

Even though I’m not a fan of Baldwin sometimes, he does have a comedic side of him that’s good. Especially his portrayal of Trump on SNL gets me to giggle once or twice. As the voice of the baby, he fits the role just fine. If there’s anybody who can voice a tough baby, it would probably be Baldwin as he owned this throughout.

The first half was terrible as it was kind of irritating about what’s going on. When the second half kicks in, it managed to be serviceable as both Tim and the baby are trying to get along and bond with each other.

There are a couple of times I laughed that was about a minute apart. The rest of the jokes do go for that baby humor that kids will get. Sometimes the adult humor is sprinkled in there, but it wasn’t clever, in my opinion. It tried the get a chuckle out of me with Wizzie, the talking alarm clock.

Its fast pace did keep the movie going especially with the animation, as it was looked nice primarily the imagination sequences that Tim has whenever it happens, and it changes the look of the film as it occurs. The problem is those sequences didn’t add anything to the story as it’s mixed into segments to make it more exciting.

The film does try to convey the important message about family and trying to finding the benefits of sibling rivalry between the arrival of a new brother/sister and doesn’t want the attention to be found someone new to the family.

This is coming from someone who doesn’t have a kid as this is from an adult perspective. The Boss Baby is only worth a rental as it isn’t a rush out and see it.

The Boss Baby’s perfectly fine for children and Alec Baldwin was fine. But there’s not enough laughs to carry on an uninteresting story.