Jordan Peele is one of the funniest comedians working, especially this decade. He’s known for, of course, his successful Comedy Central show “Key and Peele,” with Keegan-Michael Key, that I loved. I’ve always loved his work. But it looks like he’s taking a different turn in the industry, writing and directing his first feature film in the horror genre with “Get Out.” Could this be the film that secures Peele as a prominent and talented director? Let’s see.

“Get Out” follows Chris (Daniel Kaluuya of “Sicario”), a black man who’s been dating his white girlfriend Rose (Allison Williams of “Girls”) for about five months. Chris about to meet Rose’s family for the first time, with them being unaware that he’s black. Once he’s there, her parents (Bradley Whitford and Catherine Keener) seem totally fine with that. But something shady seems to be brewing that weekend.

For me, I tend to steer away from the horror genre, because many times the genre tropes get tired, to a point where there’s no stopping it. If you were to ask me what my least favorite genre of film is, it would probably be horror. But some of the more recent movies like “Don’t Breathe”, “Lights Out”, and this year’s “Split” weren’t too bad and it seemed like they’ve gotten so much better as time passes. And “Get Out” did look like it could be something different from the conventional horror movie and this turned out to be a kind of a surprise.

Peele did an excellent job putting his own style into the film. It felt original; something we hadn’t seen before. You can see his personal touch. I could tell that the “Twilight Zone” episode feel is what he was going for.

All the performances were outstanding. Kaluuya was so good as the main character, Chris. Williams, I thought she was surprisingly good and does have good chemistry between her and Kaluuya. Never watched “Girls” but I can tell this is different from her character on that show. I want to see her do more work. Whitford as Rose’s father was pretty cool and might be a father I would like to meet maybe. Still find him creepy, though. And Keener, who I think is an underrated actress, provided a pretty unnerving scene involving hypnotherapy.

The social and racial commentary sprinkled in here is honestly well realized and relevant. This takes the perspective of someone who’s the only black person around and expands upon what really happens, in a smart sense. Because there are times where I’ve felt that way but it sometimes never bother me personally. The characters address things that we would expect about racism in our world today. It also says something about interracial dating and what people might think when they see something like that.

The moments where there’s humor does work to which I was glad it worked. There were times it seem forced, but it didn’t necessarily bother me. That’s partially because of Lil Rel Howery, who stole every scene he’s in. He was so funny and it’s the kind of comedic relief that works for a horror movie like this.

As for issues, it was a little predictable about midway through where I saw something coming.  Also, it’s slow sometimes but it does want to build up the suspense when it’s necessary.  Some people might not get the tone it’s going for when it tries to be scary but kinds of end of being comical.

Is this partially scary? Not so much. There are a few times where there’s a jump scare, which is a pet peeve I have with horror movies, but I wouldn’t say this is the scariest movie to come out. And this wasn’t over-the-top like the trailers made it out to be. In the end, it’s like a horror version of a combination of “Guess Who’s Coming to Dinner?” and “The Stepford Wives”.

Overall, “Get Out” is a dark and thought-provoking thriller that doesn’t play dumb for what it was intended to be. It had good suspense, plays on the commentary well, and it was pretty solid horror movie especially when it’s coming out around this time. This is definitely one of the best films produced by Blumhouse and Peele made a great first effort for directing a theatrical film and I can’t wait to see what his next project will be.

“Get Out” blends horror and comedy perfectly while providing some well realized social commentary in Jordan Peele’s directorial debut. 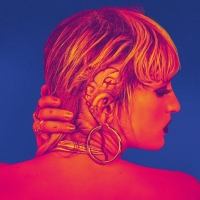 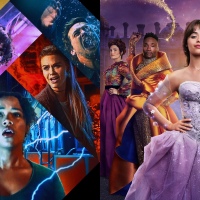 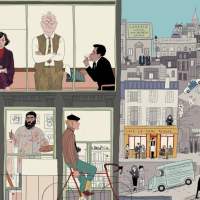