I’ve never watched any films that are directed by Ben Wheatley. His last film High-Rise was mixed but anybody who’s a fan of his would appreciate it. Now he gives us an action movie that doesn’t feel standard than the rest. So if you present a movie about people getting shot and deals being not what they seem with no way of getting out of this situation, then put on Ted Nugent’s Free For All because that’s what you’re getting with Free Fire because it’s indeed a free for all.

Justine (Brie Larson) brokers a meeting in a deserted warehouse between two Irishmen and a gang lead by Vernon (Sharlto Copley) and Ord (Armie Hammer), who intended to sell a stash of guns. But when shots are fired during the handover, complete pandemonium ensues, with everyone at the scene suddenly thrust into a heart-stopping game of survival. 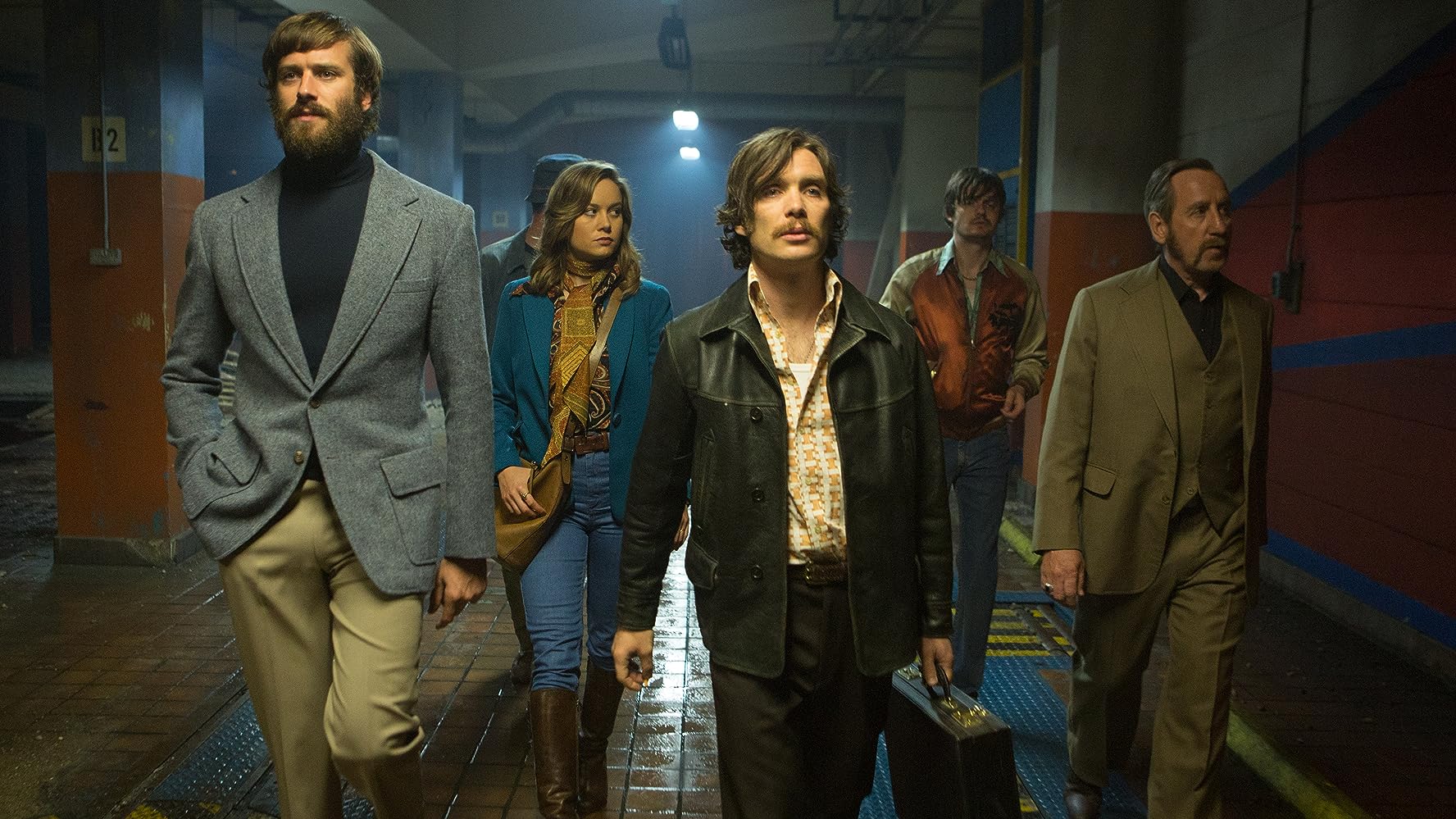 In all honesty, I was excited about checking this out. The red-band trailer looked amazing as it made it out to be this high-octane action thriller that will be a total ride from beginning to end. And after hearing the early word that it gotten some buzz from festivals, things could be looking good for a movie that’s there to be fun and entertaining on a smaller scale. This could be somewhere along the lines of Reservoir Dogs meets Snatch. But, it squanders on pretty much being a simple yet disappointing film overall.

This has an enjoyable setup between the buyers and the dealers. And when the bullets start flying, it goes into mayhem so fast. Though not the best shooters in the world, kind of the equivalent to Stormtroopers, you just know that somebody will get shot in the arm, leg, or even head by any chance. The action wasn’t as energetic as I imagined, but its 90-minute runtime really showcases that. Most of the humor worked in its favor. Though nothing made me guffawed out loud, it was still considerably humorous at times consisting of one-liners and other jokes.

The cast was actually really good. Never been a fan of Hammer because he’s never been in a great movie since The Social Network. Can’t believe I’m saying this but he worked well here as he was charismatic and cocky in a good way. Cillian Murphy was pretty fantastic. The standouts for me were Sharlto Copley and Sing Street’s Jack Reynor because most of the laughs came from them. Brie Larson was fine personally. 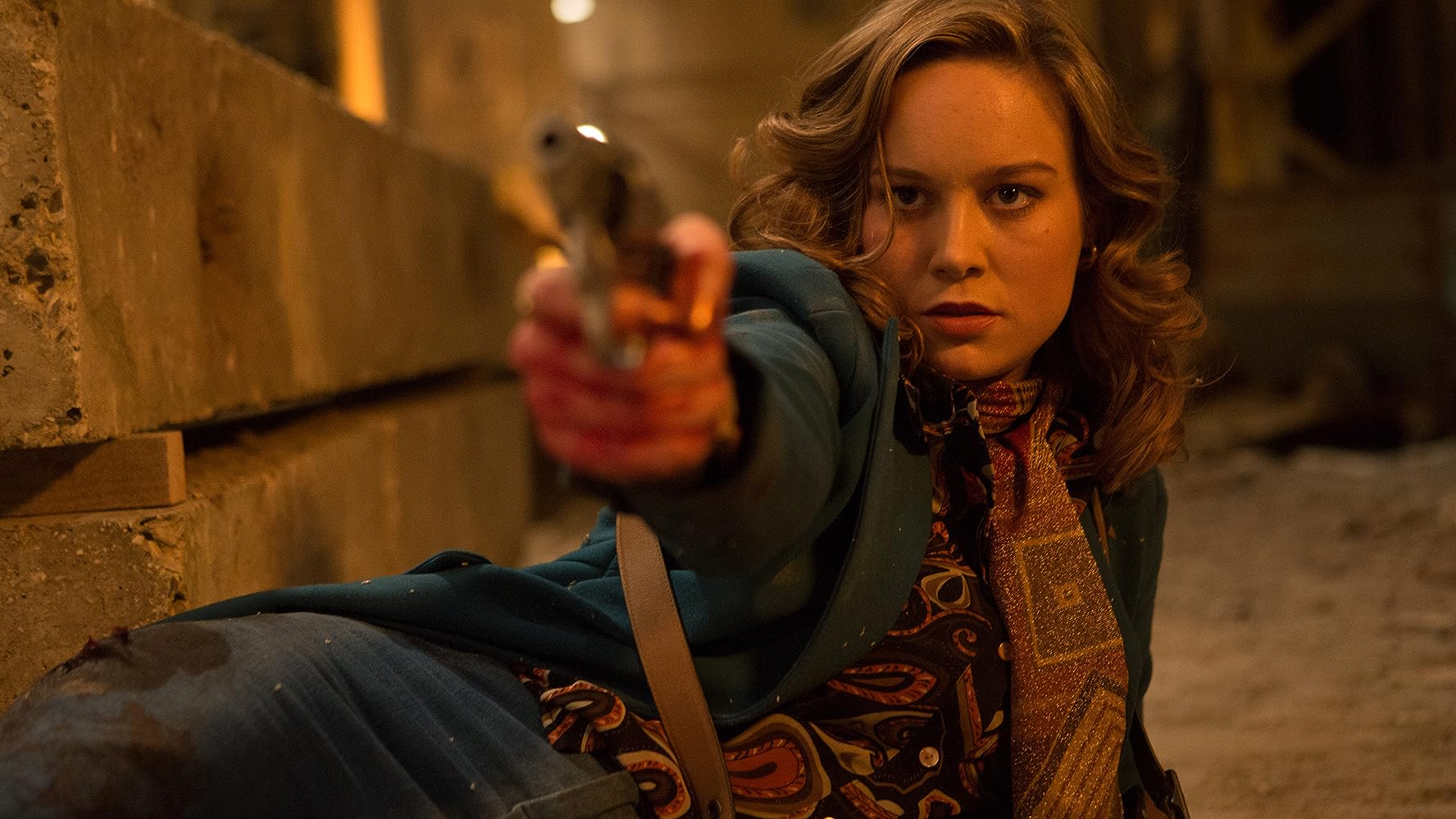 Keeping the setting in a confined places makes it feels invested as the entire film starts and ends at the warehouse. Makes it feel like a bottle episode of a show in a lengthy runtime.

Not a great movie by any stand because there isn’t enough development with all the characters, which isn’t really necessary for a story like this, but I would figure that there would be some detail on some of them. Also, Wheatley’s direction at times wasn’t the best when capturing the action that’s supposed to be happening. Most of the time, you can’t tell who’s shooting at who. And finally, the reason why everybody is being shot at was unbelievable upon realizing it.

This doesn’t have the same feel as say The Nice Guys since it’s set in the 70s but it’s still fun for what it was.

In a sense, it tried to be an homage to old-school Tarantino but failed short of becoming something special out of it. This isn’t one of those movies that you have to rush out to see. Safe to say it’s pretty much a rental. Having those expectations high, this was kind of a disappointment for me, but I’ll take it for now since the summer movie season is about to begin in a couple weeks.

A simple and slick enough premise for a shoot em’ up crime film, Free Fire has its moments but not as high-octane as expected.