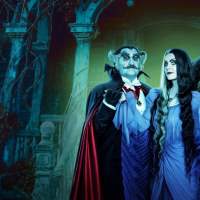 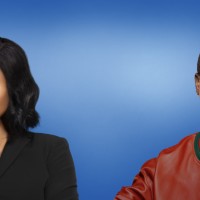 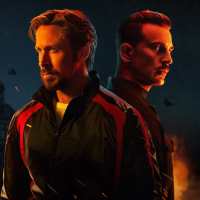 How comes there’s always a scientist making dumb decisions in these movies? We’re six films deep into this franchise, and nobody learned from their mistakes yet until they’re being terrorized by a Xenomorph or a facehugger. For someone who isn’t a hardcore fan of the Alien franchise, Alien: Covenant was one of the most highly anticipated movies of the year as this is director Ridley Scott’s next chapter in this series. Taking a look back at the franchise: I enjoyed Alien and Aliens for what it was (enjoyed the latter more), never watch the rest, and Prometheus, while visually stunning, it was disappointing and left fans polarized. And while that film didn’t provide any Xenomorph, this makes up for that. As this is a sequel to Prometheus, but a prequel to Alien, this was entertaining to its fullest as it exceeded expectations.

Bound for a remote planet on the far side of the galaxy, members of the colony ship, Covenant, discover what they think to be an uncharted paradise. While there, they meet David (Michael Fassbender), the synthetic android survivor of the doomed Prometheus expedition. The mysterious world soon turns dark and dangerous when a hostile alien life-form forced the crew into a deadly fight for survival.

First things first, Scott directs the hell out of this. Even when his films are terrible, they’re shot really profoundly and beautifully. He knows how to capture a shot while the action is happening as shown in the unique set design and eye-opening cinematography. Speaking of stunning, the visual effects work is incredible. Likely, it’s an early contender for a nomination for Best Visual Effects for the Oscars.

This combines the elements of Alien, Aliens, and Prometheus to its advantage. The blending of the action and horror of those films are well put when it involves the alien creatures. And this is a bloody film, alright. There are times where someone will get a bit skirmish when everything hits the fan. In the way it’s structured, it’s predictable with how everything is going to be planned out and when these crew members will get killed off. Nothing is too different in the formula that these films are creating.

One of the things that I found interesting before going into this was the prologues that were released online before the release. They give you more background information about the crew beforehand and it was entertaining to watch. It gives you a feeling about probably caring for them.

Katherine Waterston (Fantastic Beasts) as Daniels was perfectly fine, although she didn’t have that much to have on her shoulders to be compared to Ripley yet. Maybe because I thought she would have a more focused role and she didn’t have that much to do during the first half of the time. Fassbender completely stole the show as he really brought out all the entertainment I could handle. If nobody can’t get enough of him, he plays two androids in this, David and Walter. All of the scenes he provided was outstanding. Definitely carried the movie. The biggest surprise in the entire film was Danny McBride. I was excited when he was announced he was gonna be part of the film. He was really toned down for his character, and he was awesome the whole way through.

The sequences are filled with suspense at every corner as it becomes thrilling anytime the aliens are coming after the crew. Because when you see some kind of alien creature, you haul yourself out of sight before you get killed. Or wait till a Predator appears and watch them fight.

Where the flaws come in is that there are some questions that aren’t fully answered, leaving in a bit of confusion. Some of the character motivations were a bit dumb with what they decide to do, and the second half was a bit slow trying to find a position to carry the later act.

Anybody who wasn’t a fan of Prometheus will likely find this an exceptional sequel that may still deal with issues in between, might find this a major upgrade to the franchise so far.

It delivered on the promise that this film should explore something new and it’s proven in deep-space tension. Not as good as the 1979 classic, but it’s enjoyable for an Alien movie. At 79 years of age, it’s a possibility that I could see Scott directing another film, but it still seems like he’s coming back to form as a prominent director.

Alien: Covenant blends the classic elements of action and horror in this new installment of the franchise, and it’s a vast improvement over Prometheus.

One thought on “Alien: Covenant Review”