Director Greg Mottola is someone to thank. Because he’s responsible for directing my favorite comedy of all time, Superbad. And along the way, his next project was solid with the dramedy Adventureland and the Sci-Fi comedy Paul, the latter being better. When I hear about what he’s doing next kind of gets me excited. Now he gets his hands on the spy comedy genre with Keeping Up with the Joneses. It is a comedy that we need right now? No, we already had Central Intelligence this past summer. So with this, it doesn’t really scream excitement throughout.

With a premise like this, it’s played out kind of predictable in some cases. I’m always into blending comedy and action together as long it has a good balance of both. The story seemed confident enough to hopefully get some good entertainment for us all and it’s really a waste of film. And the trailer shows you about everything up to speed. It’s basically Killers but this is more tolerable.

What we got here is a well-talented cast, but unfortunately, they really don’t have much to work it. Zach Galifianakis is usually funny as in The Hangover and TV’s Baskets. He pretty much played straight, which is uncommon for him. And as of lately, he really needs to bring his comedic status up a lot. Isla Fisher has proven herself to be funny before like in Wedding Crashers. But in this, she doesn’t pull out the laughs when half the time she’s being paranoid. Jon Hamm has a great screen presence in almost every scene he’s in which is never a problem. Gal Gadot seemed to be trying here. I say that because she’s great as Wonder Woman so far and it’s great to see her in sexy lingerie. Gorgeous woman by the way. It’s just that it’s hard to fully see if she’s really is acting. And for the most part, she’s alright. To be honest, it could’ve benefited a better movie in the film as centered on the spies instead because Hamm looks like the type of guy who does have a license to kill so to say. Sometimes when all of them are on screen together, there isn’t a good balance of chemistry between them. 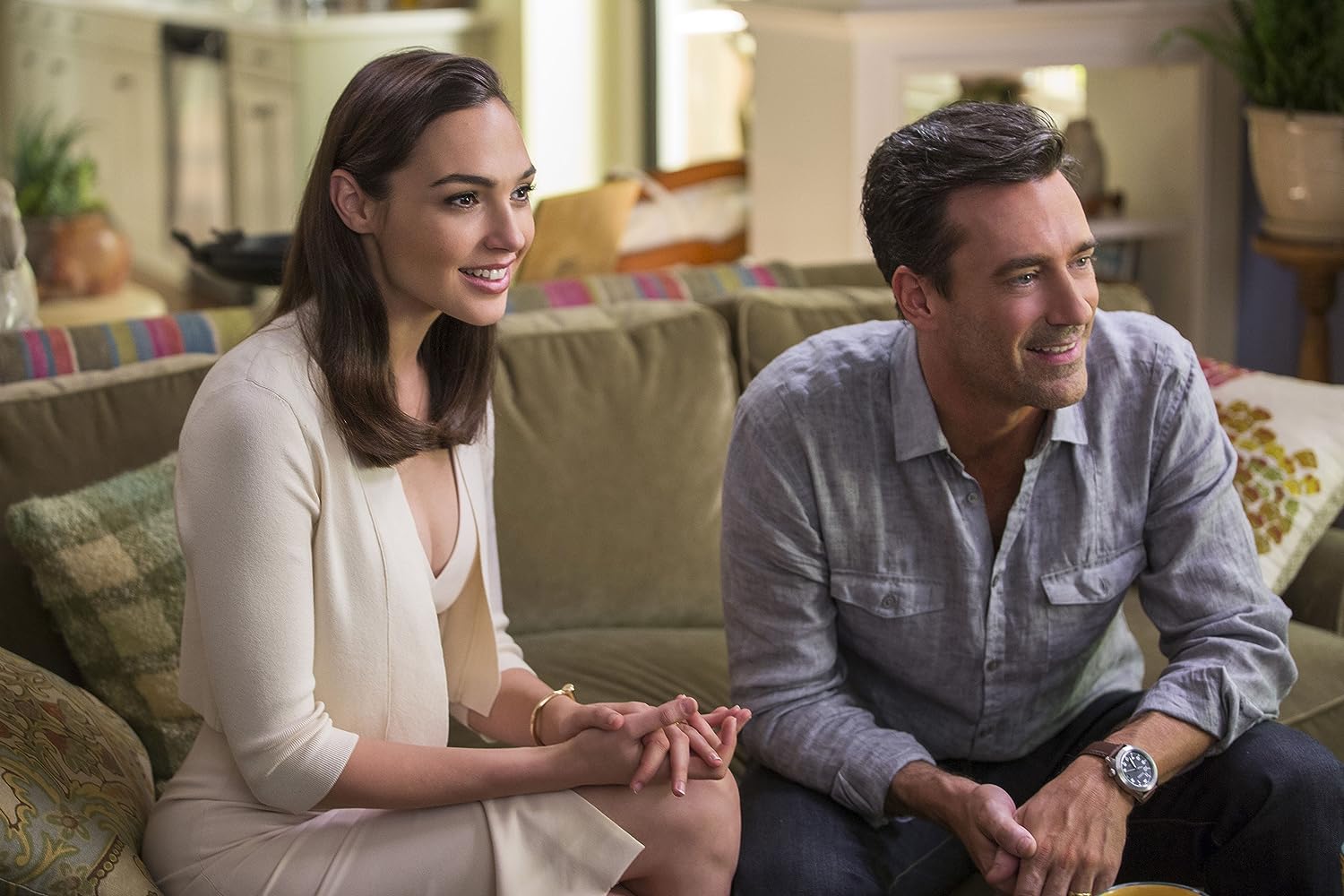 Almost throughout, there wasn’t anything that was laugh-out-loud funny. Most moments were sometimes forced or have a joke that absolutely doesn’t hit. It took a long time to get to the spy stuff we were hoping for. When the actions actually get going, there was no sense of danger to be found. And with the trailer showing us everything, it’s very predictable right up until the end with most of the jokes already set up or not shown. It not that it was bad, but it should’ve been better than it sounded like. With a script that doesn’t deliver on anything along with a promising directing not doing his best trying to get these actors not so much material to work with a bland movie overall. There are better spy comedies that are better than this in all honesty.

Keeping Up with the Joneses has a talented cast but they’re wasted in a forgettable spy comedy with barely any laughs.