Since Scary Stories To Tell In the Dark is an adaptation of the beloved children’s book series by Alvin Schwartz, I’ve never heard or read any of them before this came out, probably because I don’t describe myself as a reader. Just from hearing what others have been saying about and from watching the trailers, it sounded like a scarier version of the Goosebumps movies. Attended for a younger audience or not, I do believe those who’ve been fans of the series for a long time might be in for some thrills in a horror movie that didn’t turn out to be a dreadful watch.

What’s the Story: The shadow of the Bellows family has loomed large in the small town of Mill Valley for generations. It’s in a mansion that young Sarah Bellows turns her tortured life and horrible secrets into a series of scary stories. These terrifying tales soon have a way of becoming all too real for a group of unsuspecting teens who stumble upon Sarah’s spooky home.

Trollhunter and The Autopsy of Jane Doe director André Øvredal take over this while Guillermo del Toro takes on the role of a producer and had a hand with the story. Although I haven’t seen Øvredal’s previous work, knowing del Toro’s involved to help bring Schwartz’s stories to life that would stay true to what made the book series popular to those growing up. It looked interesting enough when the marketing started ramping up, in which you saw those Super Bowl ads, I didn’t know what was going to happen. This wasn’t to ruin anything about my childhood since this wasn’t anything that brought back nostalgia to my mind that will be satisfying to some, while disappointed to others.

What I dug about the story was the fact this didn’t play out to have separate stories or an anthology-style of sorts similar to The Twilight Zone where there are different short stories all about in here, but it’s an actual story of these creatures coming to life from this book. Since I’m a newcomer to all of this, those who’ve read these books will already know what’s going to happen. The direction from Øvredal looked fairly good for a movie that takes place in 1968 around Halloween time, in which the first opening was set to Donovan’s “Season of the Witch” while introducing the characters we’re following. 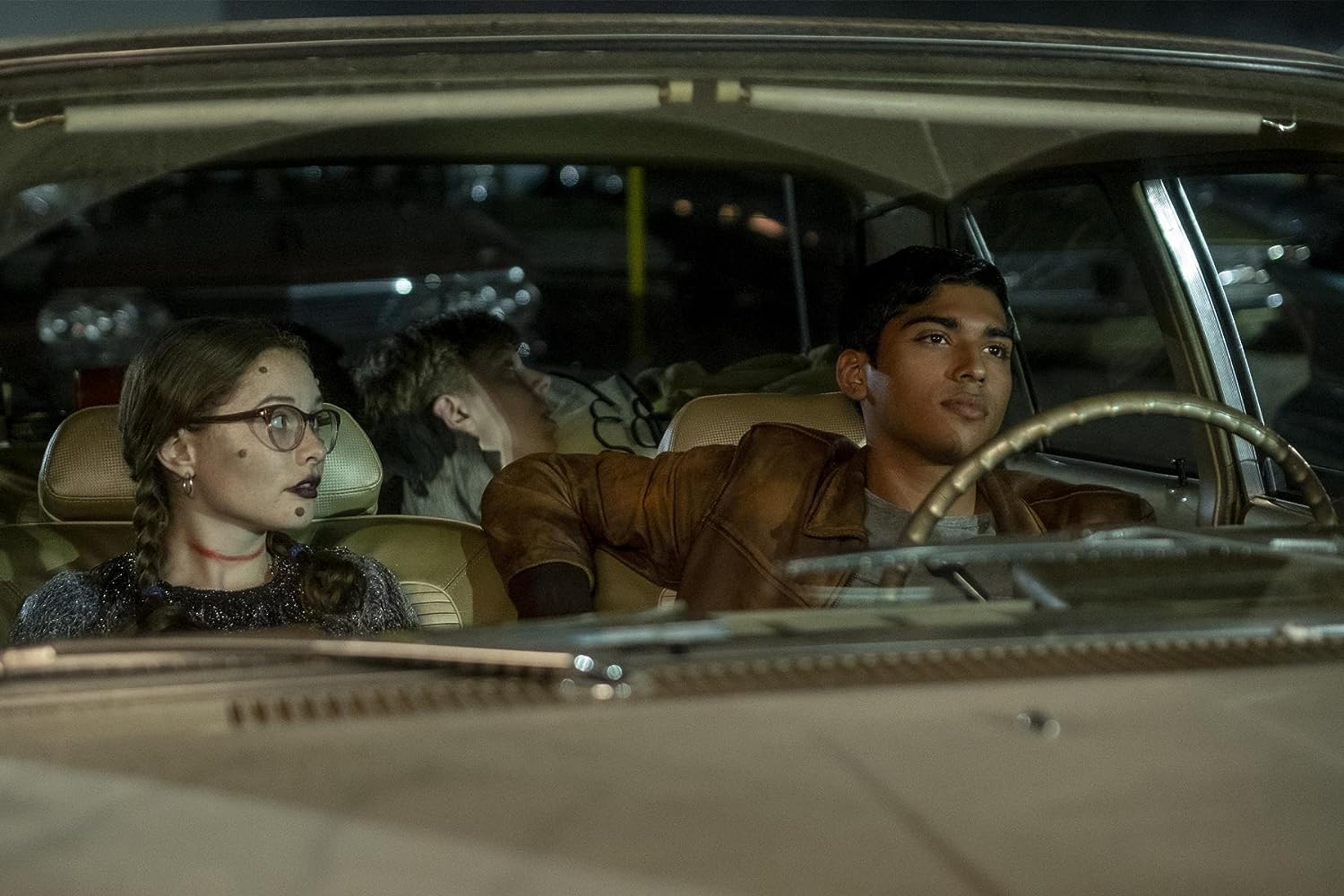 Everybody here does a capable job with what they have to do. Out of all the performances in here, it was Zoe Colletti as Stella Nicholls that was the best. Not only that, but I thought she shared some decent chemistry from her group of friends from Gabriel Rush as Auggie, Austin Zajur as Chuck, and Michael Garza as Ramón. That’s not to say its anything like the kids’ from Stranger Things or the Losers’ Club from It, but you don’t hate them. Stella was the only character I cared about since everyone else was written to be formulaic, except for Ramón. She’s the one who is the most developed when it involves her mother in the past. But then you have older actors like a wasted Dean Norris as her father, and everybody else that’s not the group are those that mean little.

While it wasn’t as scary as I thought it would be, it still was creepy enough to get by. Since these monsters are new to me, there’s no denying these are totally creepy, and it’s understandable anyone will be afraid of them with their circumstances. The CGI wasn’t the best for them, even though it’s mixed with practical effects, I’ll admit, but from taking a look at the illustrations Stephen Gammell provided in the books, the designs look close to how they appear. If there’s a lesson to learn from this, don’t mess with any kind of scarecrow, especially when named Harold the Scarecrow. The more you know. But my favorite sequence that frankly distributed me in the way they executed it involved the Pale Lady, where it took place in a hospital with red lighting throughout. How could anybody not be horrified after looking at something like that? 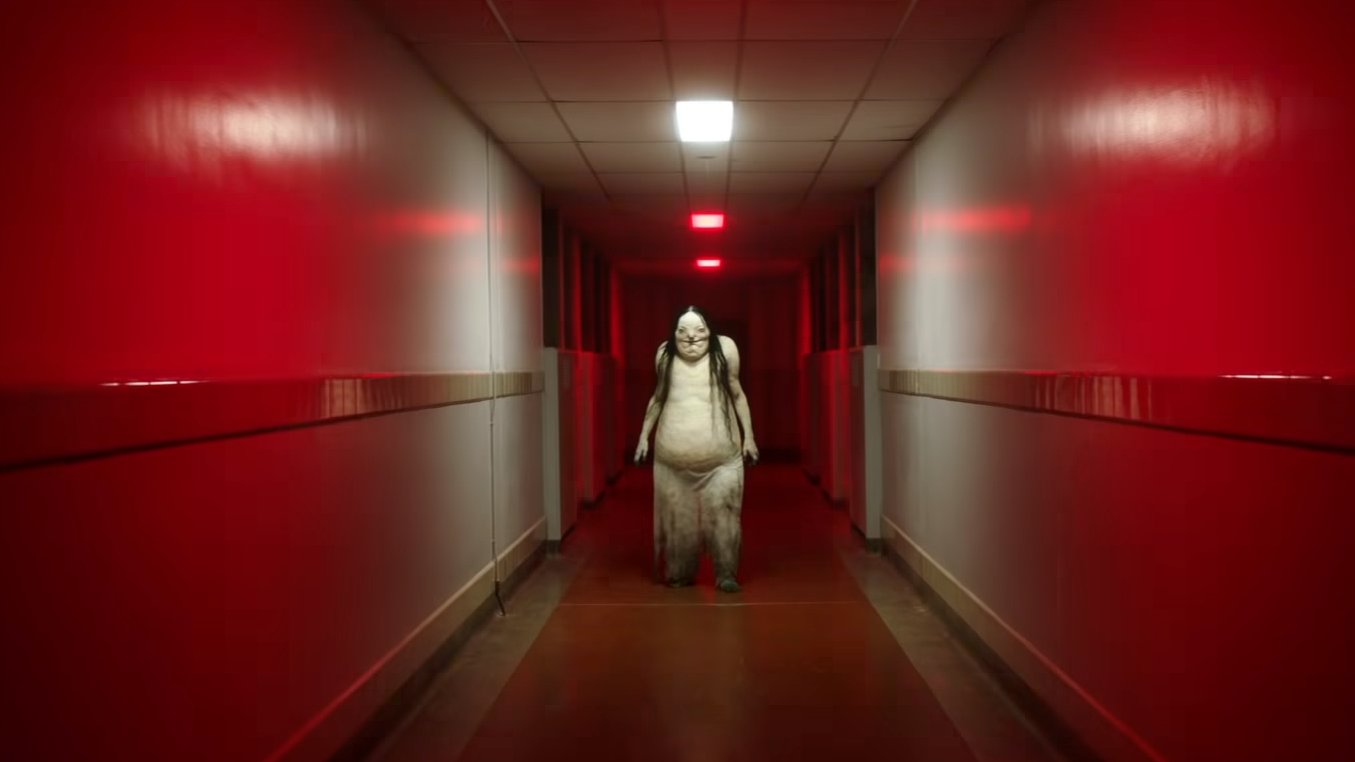 The screenplay suffered from two things that made it just an alright horror movie, and that would be not being more suspenseful, the dialogue, and it goes on too long. Some of that tension was serviceable, but besides the scene with the Pale Lady, everything else didn’t frighten me as expected when most of the scares were predictable here and there, especially when it goes for some unexpected gross moments I didn’t see coming from the PG-13 rating. But when talking about the script and other things, some of the dialogue the characters were saying isn’t anything new we haven’t heard before. And after a while, it goes on longer than the average horror movie, which resulted in the last half becoming tedious to get through. After watching it trying to figure out who the target audience is for, I would definitely say it’s for the older crowd because little kids would have nightmares if a parent took them to see this.

Coming from the perspective of someone who isn’t familiar with the source material, I can say Scary Stories To Tell In The Dark is simply fine. Not the best-written horror movie in the world and the pace needed improving, but this did its job at being creepy and proving solid enough performances. Is this something I’m going to watch again? Not really, I can only see myself checking this out once. They set up a sequel towards the end, and if that’s the case, probably won’t pay to see it at the movies, but I can see it being made since a few questions must be answered to those either liked or disliked what was brought here.