Don’t you hate it when a movie has gained a reputation of being labeled “controversy” for no good reasons or for having not been it yet? That can be a little annoying to most. None of us were thinking The Hunt, the latest from Universal Pictures and Blumhouse Productions, was still coming out after not having a release date. But they announced this was officially coming out a month ago that stated in the marketing “The Most Talked About Movie of the Year is One That No One’s Actually Seen.” Talk about taking a swing at something that won’t cause damage whatsoever.

What’s the Story: Twelve strangers wake up in a clearing. They don’t know where they are, or how they got there. They don’t know they’ve been chosen- for a very specific purpose- The Hunt, which has people being the targets for rich, liberal elites as they are being hunted for sport. 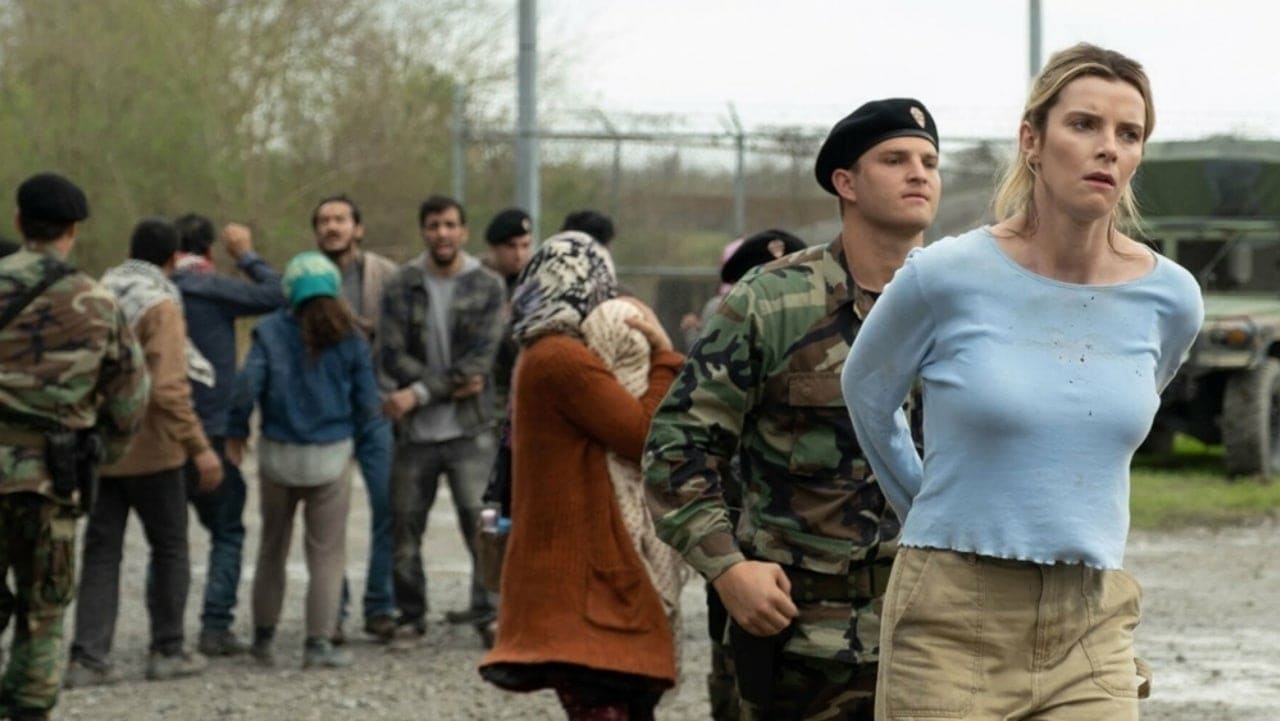 The Hunt has had a long way to get to where we are now. After the release of the first trailer back last summer, it differed totally from what I was expecting it to be. I knew nothing about it besides the title since Blumhouse wanted to keep the premise a secret, but I was thinking this would be a political thriller of some kind. No, I was completely wrong. This was an action-thriller about people hunting people for sport. The promotion for the film didn’t come out at the right time in awake of the tragic Dayton and El Paso mass shootings, in which Universal put a pause on the marketing. Then “the orange toddler” tweeted about how it was going to create chaos. He didn’t even see the freakin’ thing, by the way. So, it didn’t come out on its September release date, and we officially have it seven months later after they shelved it.

Since there was no way audiences were able to check this out after theaters closed at the moment, the smart move was to stream this On Demand. This is a good thing since I was originally planned to see this last weekend. With all that hustle of getting this one movie off the ground, I was curious to see how most people would be up and arms about a fictional satire. Something tells me this is going to be the next Purge franchise, and it might as well, but I couldn’t enjoy The Hunt for what it was trying to be.

Director Craig Zobel (Compliance, Z for Zachariah)’s not-so realistic tale of survival and finding out the truth of the matter has a tone that’s set on what it’s trying to match. While he doesn’t lead perfectly with the social commentary like other Blumhouse movies in the past,  I’ll give some credit for some good direction that doesn’t become disposable at any given moment.

If there’s one person who shines in the film, that is definitely Betty Gilpin as Crystal, making her a solid lead. You’re following her when she first appears on-screen, where it’s a sure thing she’s not buying into the BS that’s going around. Gilpin was excellent in her role, and it took me by surprise at how capable of an action star she turned out to be in this one movie. She made some questionable facial expressions that I wasn’t sure what she was going. Hilary Swank is also in this, and they made her a mysterious character at first with no revealing her face to the audience, but we all know it’s her from the trailers. She was fine, though. There’s no point in talking about the rest of the cast like Ike Barinholtz, Emma Roberts, Ethan Suplee, or Justin Hartley because you don’t get enough time to know anything about them, and with a premise like this, their screen time is very short. But if you want to see Glenn Howerton play a dick, this is your chance.

The premise kind of has a certain twink that could work if it’s executed properly. Yet, the script from Nick Cuse and Damon Lindelof was unfortunately weak. This makes you chose between political sides, but you never truly know which side is right or wrong? A film like this isn’t for those who get offended easily when it takes shots at everybody. Knowing that this is meant to be a satire is clear, it becomes heavy-handed when they pushed this too hard in being cartoonish with the violence or the way they portray certain characters.

Everybody reacts too heavily on the internet sometimes when rumors are in the works, which makes me think they shouldn’t be on social media. Even when I think some people are annoying with their stupid opinions, I wouldn’t want to hunt them. Which side are the pricks? Who should we root for in surviving this? Is that a reason this is a good idea for all of this happening? As someone who doesn’t give an ounce of crap about politics and try to stay away from them as possible, I couldn’t care less about either side.

The moments where it tried to be funny with its dark humor fell flat. Almost all of them made me cringe. The action is there, except nothing was making me feel nervous when the killing is on the way. Also, just knowing it’s bloody when there are guns and knives involved. But there is one cool fight sequence towards the end that was fully entertaining and really the one moment throughout the entire movie that was interesting.

If I had to describe this with movies that might be similar, it would blend The Purge, The Most Dangerous Game, The Belko Experiment, and a tiny bit of Ready or Not together, and it makes for an unpleasant experience that you’d wish was so much better in what it tried to be.

In the end, I didn’t like The Hunt, and seeing how this is very divisive makes sense in a world where it’s already suffering through sided opinions. There will be some that will enjoy the entertainment value with its well-paced 90 minutes, but aside from Gilpin’s performance and good enough direction from Zobel, this was very predictable and couldn’t find its footing in the satire department, in which its controversy surrounding it is dumb. Consider this a bummer for me in a count that I wanted to have a good time with this. See it yourselves and see if you enjoyed it more than I did.

One thought on “‘The Hunt’ // Film Review: This is What Was So Controversial?”