MPAA Rating: Rated R for Drug Use and Language

As much as I don’t like reading, that doesn’t mean I’m willing to take a chance in wanting to read them when they’re being adapted from a feature film. The Goldfinch is one of them that I consider wanting to check out. But I started to take that back about halfway through.

What’s the Story: Based on Donna Tartt’s 2013 Pulitzer Prize-winning novel, Theodore “Theo” Decker (Oakes Fegley/ Ansel Elgort)’s life has changed after his mother was killed in a terrorist bomb attack at the Metropolitan Museum of Art. He stumbles upon a painting called “The Goldfinch,” which was done by Carel Fabritius, in the rubble and keeps it for himself, as it tries to cope with the death of his mother while growing up and dealing with himself and everybody around him as he grows up to become an antique dealer. Now when it comes to The Goldfinch, I was honestly looking forward to seeing what this latest book adaptation had to offer. The two trailers they released were terrific and had me invested with its story, and I was curious to see what director John Crowley can do next as this is his follow-up to the Oscar-nominated Brooklyn, which I heard was great. If The Goldfinch was supposed to be the first movie from the fall to get hyped up for the Oscars, this ain’t it, and it’s totally frustrating.

What I believe is the main problem is the weak story. Oscar-nominated screenwriter Peter Straughan (Tinker Tailor Soldier Spy) handled the task of taking what’s important in the book to the screen, but it’s just a story that I couldn’t get a grasp at while watching where even the plot doesn’t even sound interesting after reading the synopsis again. One would expect this to be moving and feel like crying, but it’s just a messy plot structure where I didn’t care what was going on. At no point was this trying to be engaging with what this wants to convey and made me question, “Where is this going?”

The performances are fine, but not on the level of Oscar-worthy someone would expect since it seemed like all of them weren’t given good material to work off of. Lots of great talents that includes Elgort, Nicole Kidman, Jeffery Wright Luke Wilson, Sarah Paulson, and Finn Wolfhard. The one I felt was the best out of everybody was Oakes Fegley (Pete’s Dragon) as young Theo, where the emotional side of that character was shown the best and sees why his childhood was tough for him. And while I’m a fan of Elgort, there’s was something about his performances that I couldn’t buy. Maybe it’s the fact that he felt a bit miscast or because he was given not the best dialogue to work with and came off as wooden.

The bright spot that was going to be the biggest highlight was just witnessing the gorgeous cinematography from the legendary Roger Deakins. His first film after winning his long-overdue Oscar for Blade Runner 2049, he’s able to capture some beautiful scenes that, at least, elevate a scene, especially shots that are taken place at night. Even though praising Deakins’ work is always a pleasure, that’s not enough to give a movie a pass. 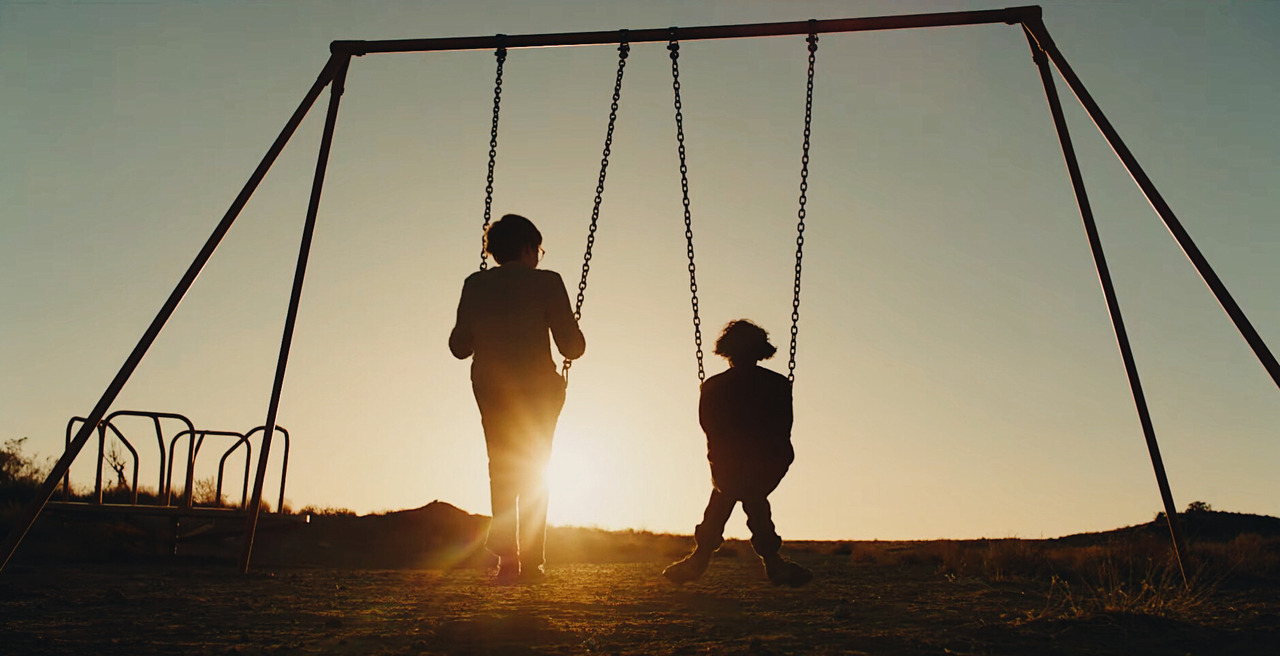 But besides the fact that the story wasn’t grabbing me as it should’ve, this was so boring. BORING. It’s two-and-a-half hours, and it had no right to be that long to the viewer to sit through. Even when the plot goes back-and-fourth between the past and present, nothing was exciting and made me ponder in the third act. The story felt like it was going nowhere, and I had to check my phone to see how long until it ends, which wasn’t even close.

Since I haven’t read the book before seeing this, even I can tell this wasn’t the best way to adapt this story to the big screen. This actually kind of sounds great on paper, but Crowley doesn’t translate it well here. But I can’t even tell if it would work better as a miniseries or thinking it’s one of those books that’s unadaptable. Does it deserve to be called this year’s example of Extremely Loud and Incredibly Close (the worst Best Picture nominee ever) or even Collateral Beauty? All of them range from pretentious to numbingly horrible, but The Goldfinch had much more potential, and it’s squandered into a pile of forgettableness.

It’s a classic case of Oscar-bait that had all the elements needed to, hopefully, make a great drama in the end to the point of making you feel for the characters and be touched, and this wasn’t even close as it tried too hard.

You know it’s bad enough when you start to forget what just happened as I was walking out to live on with the rest of my evening. The Goldfinch‘s attempt to be a memorable and heartbreaking drama, unfortunately, fails when it has an uninteresting story and shows to be downright boring. This is sad since I expected to walk raving about it. Instead, I had to right to be mad at the movie. Maybe if it was dealt with a better script, the talents involved wouldn’t be wasted with this treatment of the source material. This is easily one of the worst and most disappointing movies to come out this year, in my opinion.

One thought on “‘The Goldfinch’ // Film Review: First Oscar Bait of the Season”