In continuing of wanting to talk about my favorite movies from each year of the 2010s, let’s take a look at the best movies I saw in 2014. That year urned out to be a pretty solid year for movies, especially the indies and big blockbusters that surpassed expectations. To be honest, that was the year where my goal was to watch movies new and old that I haven’t seen before, and I’m proud to say I did.

The ones that I’ve chosen to be in my top 10 are those that I can watch on TV when it’s on or re-watch any memorable scene that cames from them. With that, let me talk about my top 10 favorite movies of 2014.

Honorable Mentions: 22 Jump Street, Guardians of the Galaxy, Big Hero 6, Interstellar, How to Train Your Dragon 2, The Guest, John Wick, The Grand Budapest Hotel, Mr. Peabody and Sherman, Bad Words, The Theory of Everything, Selma, The Fault In Our Stars, Neighbors

Everybody was thinking this sounded like the stupidest idea ever, and it turned out to be the funniest movie of the year. The Lego Movie was the first great movie that surprised every part of me just on the basis of not making a bad full-length commercial, but actually having a story that’s non-stop hilarious, touching and imaginative with an adventure filled with great characters. Best animated film of 2014. Everything is Awesome!

Nightcrawler is one of those original movies that not a lot of people went out and saw. What a shame. Director and writer Dan Gilroy made an unforgettable character study of a man discovering the world of public news and filming crime in unethical ways. Jake Gyllenhaal puts out the best performance of his career as Lou Bloom while working with an intriguing concept that’s a crossbreed between Taxi Driver and American Psycho.

My most anticipated movie of the year didn’t let me down. Captain America: The Winter Soldier felt more like a political/ spy thriller than a superhero movie in the best way said. The Russo Brothers helmed an MCU sequel that outshines its predecessor with its awesome action sequences, a memorable villain (The Winter Soldier) and an endless re-watchability factor.

Richard Linklater’s 12-year filmmaking is a true coming-of-age story. Some will argue that Boyhood didn’t feel realistic or felt like a gimmick for the unconventional way this was made. Who cares? Boyhood takes a look at a boy’s life and his family as we actually see him growing up, just like with the other actors playing them. For nearly three hours, what’s not to love?

Here is THE most underrated movie of the entire year. Edge of Tomorrow came as a surprise because most of us were thinking it was Oblivion all over again. Instead, it came off as a fresh original sci-fi flick even though it’s based off a manga. Truly engaged all the way through, this Tom Cruise/ Emily Blunt led film delivers on the captivating action, well-timed humor, and has a premise that never felt tired or lazy.

I figured X-Men: Days of Future Past was gonna be great, but I didn’t think it was gonna be this fantastic. Taking place as the best movie in the franchise, this brought the original and new cast into an amazing time travel installment that could make the timeline confusing, but worth it in the end.

Could David Fincher ever disappoint? Maybe once, but not Gone Girl. The adaptation of Gillian Flynn’s novel, who also wrote a mesmerizing script, never felt dull or uninteresting during its almost three-hour-long runtime. Ben Affleck and Rosamund Pike gave two of the best performances of the year, and Gone Girl is a thriller that I would’ve love to see more of when it was over. If you can’t be immersed by the cinematography, the mystery, or the score to like Gone Girl, I don’t know what to say about you.

Three words: Apes on Horses! Dawn of the Planet of the Apes is one of those sequels that end up becoming better than the original. It was the movie of the summer that was able to capture the feel of an epidemic that could happen. Director Matt Reeves was brought on to this franchise to give the audience stunning visual effects, amazing action, and Andy Serkis providing another phenomenal performance as Caesar. 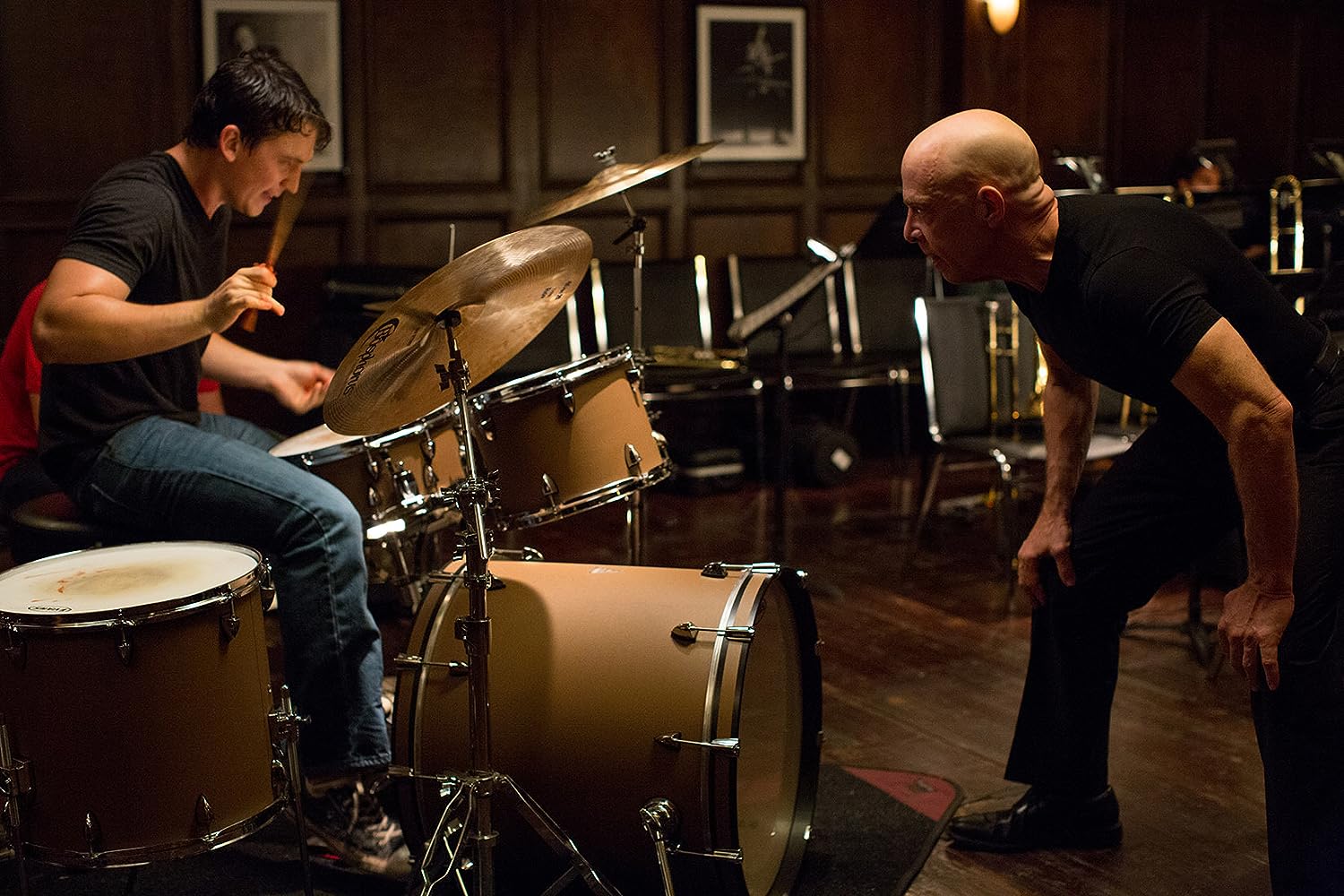 Whiplash was the favorite of Sundance, and it would’ve been a crime if it wasn’t. There’s going to be one movie per year where the adrenaline kicks in, and it was during this outstanding drama. Damien Chazelle’s tale of this student/teacher rivery is intense from the first scene to the last with not a single moment dragging (get it?). Miles Teller gives a surprisingly capable performance as Andrew Neimann in what can be considered the greatest role in his career, but J.K. Simmons’ intimidating performance as Fletcher steals every scene he’s in. There’s everything about Whiplash that feels extraordinarily special for an indie darling. This feels like a character study of student and teacher battling each other surrounding in the act of jazz. Just the last ten minutes alone makes this a great time. Whiplash was also the first movie I’ve seen in an arthouse theater. So, it made the experience a lot better.

No other movie experience made me feel transported in the film like Alejandro G. Iñárritu’s masterpiece Birdman. The group of people who dare to call this “overrated” clearly doesn’t get what the story was trying to convey. Not only is Birdman the best-directed film (with its insanely impressive single take), but it’s well-written, has great performances from Michael Keaton, Edward Norton, Emma Stone, etc., and its depiction of a star who needs to make a comeback. My mind was racing as soon as Birdman was over, and it hasn’t been ignored after, even when I was sitting through Dumb and Dumber To. The ending is still a bit ambitious, but it’s one of those endings that I can interrupt whatever I want. Loved the energy, the cinematography, the music, the pace, the editing. Birdman is everything!