Normally, the first movie to come out at the beginning of the year is always, and I mean always, something horror/thriller related. I always stay away from them because they always turn out to be horrible movies Hollywood puts out because its the one spot on the first weekend of January. Escape Room follows on that trend to be another addition that will probably not be good at all. But is it?

What’s the Story: When a group of strangers, Zoey (Taylor Russell), Ben (Logan Miller), Amanda (Deborah Ann Woll), Mike (Tyler Labine), Jason (Jay Ellis), and Danny (Nik Dodani), get involved to be a part of these escape rooms for a chance to win $10,000, the game quickly becomes real and deadly.

This actually has a unique premise towards it. Director Adam Robitel (Insidious: The Last Key) knows that escape rooms are pretty popular nowadays, and trying to make it a real, horrifying experience would make it better. I’ve seen the trailer multiple times before it came out in January where it looked dumb, but maybe this idea could lead to being a surprise. And yet, Escape Room is pretty much a dud in terms of being thrilling or entertaining.

Out of the performances, Labine and Woll were probably the best out of everybody. The problem with our characters trying despite to survive, there wasn’t a moment where you’re supposed to care about any of them when a few came across as unlikable. Danny is the one that gets picked on the most because he’s the nerd.

How were the actual escape rooms played out? They were fine, but I feel like these scenarios could’ve been played out a bit better in execution. Which makes you wonder if there are real rooms like these in real life. We’ll never know. The best room that was interesting involved a room being upside down. That was really the only time I was invested with what was happening onscreen. 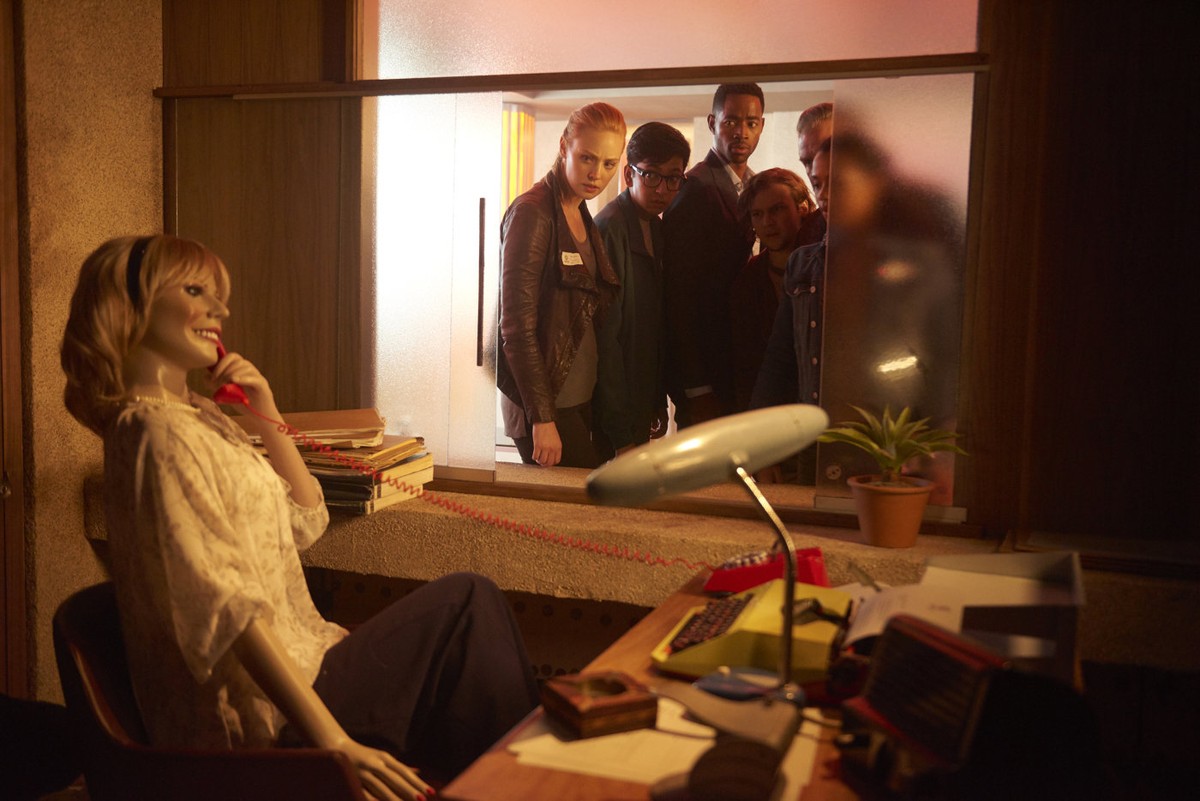 As great as the premise sounds, it doesn’t stray from anything we haven’t seen before. The first two acts do come off as predictable. The screenwriters felt like they wanted to be a combination of three other movies in total while watching: Saw, Devil, and The Belko Experiment, especially the latter.

And it was going fairly decent enough to be somewhat of a rental, but what I’m really starting to hate in movies that aren’t even good is a forced ending trying to set up a potential sequel. And Escape Room did just that. The last ten minutes were awful, and it was there to be the stinger for the next movie, which already has a date for next year.

For being the first movie released in 2019, Escape Room wasn’t as terrible as I thought, but it didn’t turn out to be as smart as it should’ve been. Will I remember it later on in the day? Most likely not. Put this with the other movies that have a neat concept but ruins it for all.