Nobody wants to go back to high school. Some are willing to go back to get their degree and move on with their lives. But some people in Hollywood still think adults going back to school is pretty funny. Didn’t work out well for Life of the Party because this isn’t the 80s anymore. Just look at who’s involved with Night School, and you just know how this comedy is gonna turn out in the end.

What’s the Story: Teddy Walker (Hart) is a successful salesman whose life takes an unexpected turn when he accidentally blows up his place of employment. Forced to attend night classes to get his GED to get a position in finance with his friend (Ben Schwartz), Teddy soon finds himself dealing with a group of misfit students, his former high school nemesis Stewart (Taran Killam), who is now the principal, and a feisty teacher Carrie Carter (Tiffany Haddish) who doesn’t think he’s too bright.

This is director Malcolm D. Lee’s follow-up to the hilarious Girls Trip, which was a massive surprise hit of that summer and made Haddish a breakout star in the making. But why is he following up something funny like Night School? A concept like this could possibly work, but the trailers made my eyes roll as this could appear to be a comedy that nobody will like and make a ton of money at the box office. I was hoping this was going to be a funny experience. And it makes for a really unfunny and predictable comedy that was a waste of time.

Night School is one of those comedies that has to rely on the main character telling a lie to somebody because it would sound ridiculous. In this instance, Teddy has to keep his secrets from his gorgeous fiancée, Lisa (Megalyn Echikunwoke). And that always bothers me when they don’t tell the truth digging into a deeper hole, which just becomes very predictable. Some are willing to understand without lying.

I want to go into every Hart movie thinking it’s gonna be good and proving me wrong about him years later. And yet, still nothing. Just like all of his other comedies outside of probably two, now we can add Night School to the list of Hart movies that are not good at all. I never cared once about Teddy and his whole situation because did came off as unlikable, even if he has learning disabilities. Hart plays this role to a tee and we all know he’s gonna be the same kind of character in all of his previous efforts.

And you would think that two comedians like Hart and Haddish in a movie together would make for some hilarious banter between them. Sure, but they really don’t have any chemistry with each other. It’s almost like the studios wanted to push these two names out there in hopes of making the audience sit through whatever this tried to be. Speaking of Haddish, she’s pretty much wasted when the script is giving her nothing to do. She does play more on the straight role in here where she doesn’t necessarily go over-the-top with her performance.

The supporting characters, especially Teddy’s adult classmates, are morons. There’s an entire scene of the classmates introducing themselves and they all have some kind of quirk to them, which includes Mary Lynn Rajskub as the stay-at-home mom who’s being controlled by her husband; Rob Riggle as a father who’s pretty much the dumbest out of everybody; Romany Malco as a man who doesn’t like technology that much; Al Madrigal as a fired waiter due to Teddy’s involvement and wants to be a musician or a dental hygienist; and Fat Joe as a prison inmate that Skypes into class. How could you waste a supporting cast with jokes that don’t land?

Speaking of the comedy, this was really unfunny. I got a couple of smirks (not chuckles), mainly from Killam. When you have a comedy that’s written by six different writers (including Hart and Nicholas Stoller) that’s a huge problem when you know most of these comedic talents are probably improving a lot of the dialogue. One of my biggest pet peeves with comedies are jokes that go on too long to the point of it not being funny anymore. Nobody needs to see a lengthy sequence of the students trying to break into the school at night to steal the answers for the test. They do know that it isn’t that hard to pass the GED, right?

Even when it’s trying to get the message across about achieving certain goals in life, they just throw it out the window and make it comedic to the point of just giving up. Night School wastes its comic talents with a comedy filled to the brim with dull jokes and a storyline that provides little effort. Sitting in my chair for a movie that’s overly long just think these people could’ve been in a better movie overall. 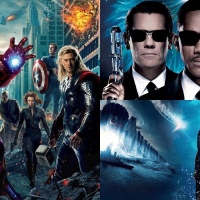 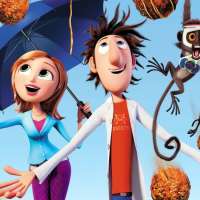