Every person’s opinion on film is always up to them and how they felt about it, and there will occasionally be a few that will highly be divisive amongst fans and critics. What movie recently has proven this point? The 2016 reboot of “Ghostbusters”. Ever since it was released two years ago, almost everybody has to talk down about the movie nearly every time it’s brought up and it’s one of those times where it makes me frustrated because a movie with this much backlash is, without a doubt, ridiculous. So, should “Ghostbusters” be attracted to this unnecessary hate? In my opinion, absolutely not.

Paul Feig’s interpretation of the classic 1984 comedy classic didn’t have a chance to begin with as some fans didn’t like the idea of two things: Rebooting or remaking a favorite film of theirs, or the gender swap. It didn’t matter to me, but it sounded like it could be a fairly entertaining spin. And this is coming from someone who loves the original. And then the first trailer came out that early March… and that’s when it the annoyance began. The trailer has garnered the most dislikes out of any YouTube video because of how it played on the idea it takes place in the same universe (it wasn’t) and some thought it wasn’t funny. 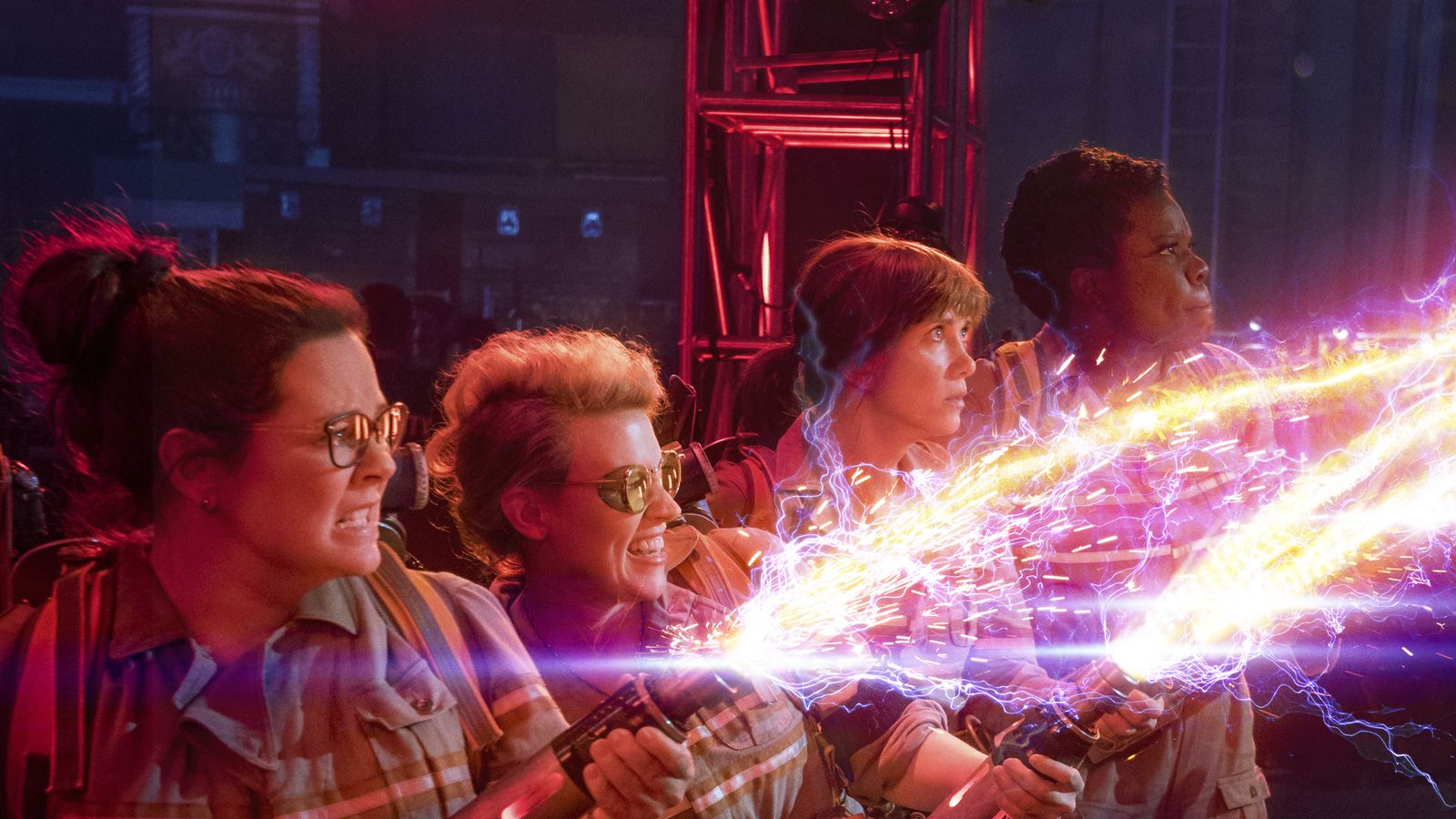 The results came in with this “Ghostbusters” labeled as “controversial”. And who is to blame? Sony, for starters, for the marketing and the mediocre hate it’s still receiving. If you look at the YouTube video talking about the movie in a slightly positive manner, it gets flooded with downvotes even when they have the typical issues. But it doesn’t when it’s mixed to positive reviews or analysis that has over a million views, which doesn’t make sense to me. People and fans are still treating this as one of the worst things ever made.

The movie itself followed mixed-to-positive reviews from casual moviegoers and critics alike. Currently, it has a Certified Fresh 74% on Rotten Tomatoes, which isn’t too bad, but an undeserving 5.3/10 on IMDB, which is way too low for a sci-fi comedy like this. You can also look at the box office results made that caused this to pretty much be considered a bomb as it made $128 million domestically and $229 million worldwide on a production budget of $144 million. Expensive, it is. I believe there are two reasons why it didn’t perform better: It opened a week after “The Secret Life of Pets” and its $100 million-plus opening weekend in an already crowded summer movie season, or it’s the bigotry of people boycotting the movie because it’s “ruining their childhood”.

What’s my reaction? For starters, I thought this “Ghostbusters” was surprisingly fun. It isn’t perfect since I did have some problems (the villain, the way the cameos were used, Fall Out Boys’ remix of the theme), but it was better than I expected. I personally enjoyed the movie. The box office totals make me confused and angry since people would go out see awful entertainment like the “Transformers” franchise than a reboot that’s trying something different. Because we are all afraid of change, maybe.

Nobody was giving this a chance and just hate on it without even seeing it. Here’s a lesson: actually see the movie and judge it for yourself without bashing it prematurely. Sure, I have that case of thinking a movie is gonna be good or bad just from the trailer sometimes, but not to extent of declaring it on the spot. Its female cast has been tagged with internet trolls online, especially Leslie Jones. She’s been back since, but it one of those issues where it’s unpleasing me when people take fictional things too seriously, which goes back to one of my previous papers talking about cyberbullying. If this stared men, chances are that it probably wouldn’t be any different.

Does it have to do with women in the leading roles? It shouldn’t be since a dozen movies have had an ensemble cast of female actors, some worse than others. But it does lend itself to sexist comments in the comment sections. This is why the term “SJW” is annoying every single time it’s brought up in a negative way. The kinds of people saying that women can’t be funny is not true at all. Being sexist isn’t always true, but it feels like just from the tone of the comments. And with some needing to compare this to “Wonder Woman” in how it represents women is just unnecessary. With it being remade, every movie is going to get remade at some point whether we like it or not. And since this didn’t take place in the same universe as the first two movies, I didn’t mind it that much, even though some of the callbacks did feel shoehorned sometimes. Making a sequel and make it better won’t be the answer since nobody saw it.

Original franchise actor Dan Aykroyd actually had to nerve to criticize the movie even though it said he liked the movie a year prior to his comments and now he doesn’t like the movie because of how it went over-budget? His thoughts come off as self-centered about him throwing Feig under the bus and made me just not care about what he says again. Looks like he also jumped on the unwanted bandwagon. Even Melissa McCarthy’s recent comments about how her experience after the movie came out felt relatable. This is one of those movies that needs defending at any cost.

The easy way to handle this is to just ignore it, even though I’m trying to deal with criticism. Someone says it’s a good movie, people will basically spite you. Videos talking about “Ghostbusters” in a positive light will have nobody liking it or being mentioned on social media is frustrating when it has this many retweets and likes, I’m usually the lone wolf trying to say that person is wrong, but do they listen? No. Even with the people I casually watch mention the same issues over and over again just making me dislike them every time it’s brought out (Kristian Harloff of Schmoes Know, Andre of Black Nerd Comedy, etc.) 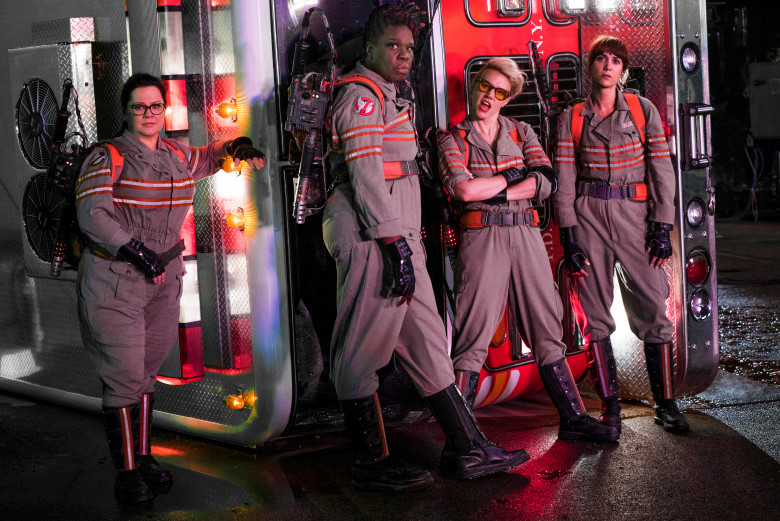 So, are the people defending the movie the bad ones? Sometimes it’s baffling when trying to prove a point? The fact that not everybody liked like isn’t because of the actresses, because that’s not always the scapegoat, but most think it’s because of the script, in their opinion. At least the best I want to do is stay away from any reviews that speak negatively about it, especially Red Letter Media and its cancerous channel.

In conclusion, my opinion about “Ghostbusters” has always been non-negative, and the hatred circling around it should be with cases people on the downside of being attacked at any given moment. If you’re the biggest complaint is Kate McKinnon acting like a weirdo or it should’ve been connected to the original two movies, you’re just being a complicated person to talk to. And comparing it to something atrocious like “Pixels” is insulting. At least this is now a movie that has little girls dressed up as a Ghostbuster as they saw it in here. I just want some positivity every time this needs to be mention without someone jumping down our throats to dumb criticism.