In every Oscar Season, there’s always a possibility that the gripping biopic of a well-known person might be in consideration even before the movie is even released. Breathe turns out to be one of them that’s based on a true story that has the basic material that could see nominations in the future. But it’s one of those times where it’s gonna be known as the “Oscar-bait” this time.

What’s the Story?: Inspired by a true story, Robin Cavendish (Andrew Garfield) in 1958 is stricken by polio at the age of 28, paralyzed and is confined to a hospital bed and given only a few months to live. Taken care of by his wife Diana (Claire Foy, The Crown) and refused to let this ruin his life, they became advocates for the disabled with the technology to devoting their lives to help other patients with polio.

This comes to a surprise to find out that this is the directorial debut from outstanding character actor Andy Serkis. Though he had been working on his long-developed version of The Jungle Book, this is the first to be released just to show he’s more than an talent in front of the camera with William Nicholson (Les Miserables, Gladiator) penning the script. Jonathan Cavendish, Robin’s real-life son produced the film through the production company The Imaginarium with Serkis, and you can clearly see that he wanted to tell the story of his father the right way.  Just from the story standpoint, it may sound like Breathe is going to be this year’s answer to The Theory of Everything. Both are a little similar, but this period drama doesn’t come nearly as close as it should have.

Garfield and Foy worked well together and both do give likable performances with their chemistry with each other. The way that they first made a connection felt rushed, much so like the first act of the movie, but it was a standout. This doesn’t even compare to Garfield’s Oscar-nominated performance in last year’s Hacksaw Ridge, but he truly gives a committable and difficult performance as Robin when he’s just paralyzed from the neck down throughout the movie. And even from haven’t seen an episode of The Crown, Foy has proven to be an outstanding actress on her own. Being the supportive wife that helps out Robin, she carries the emotional side, even when she was pregnant around the time and struggling, she’s still giving her life to her husband through determination whenever the time comes.

The cinematography from Robert Richardson (The Aviator) was also beautiful with Serkis’ decision to shoot the film in a wider ratio aspect providing some truly amazing imagery. 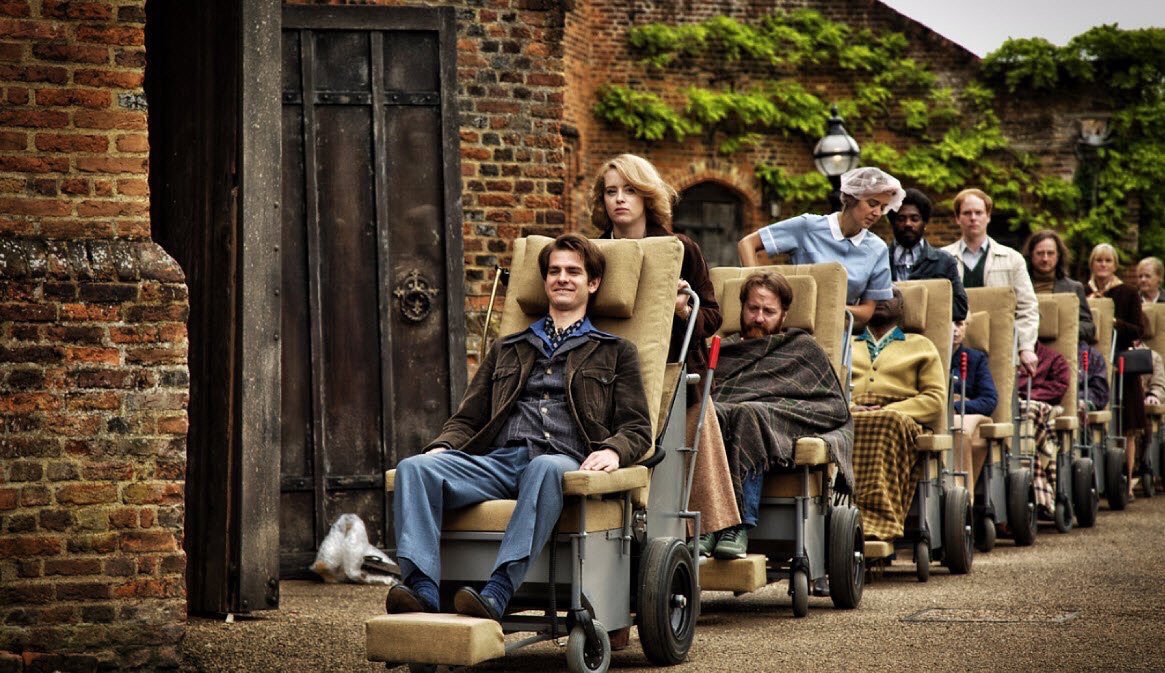 Going back to when I said that Robin and Diana’s relationship might’ve felt rushed, that’s because the first act moves quickly, which comes to one of the problems that come with Breathe. To when Robin has contracted polo, it doesn’t give us a lot of leeway of any real development. For a true story that some might’ve read in books and articles, Serkis doesn’t take the chance to provide anything riveting to where a character is overcoming difficult obstacles. for a real-life person going through difficult obstacles.

Once it ended, it certainly didn’t leave an emotional impact on me and I just went along with my day when it was over as it was basically a boring movie that felt like a by-the-numbers movie that would come out around this time of year. About anytime someone has this disease and can’t move, the chances of them wanting to live forever and not commit suicide can make a strong argument since that what Robin wanted to do. But this isn’t Me Before You; this happens to a real person years ago with someone right beside him wanting him to live. 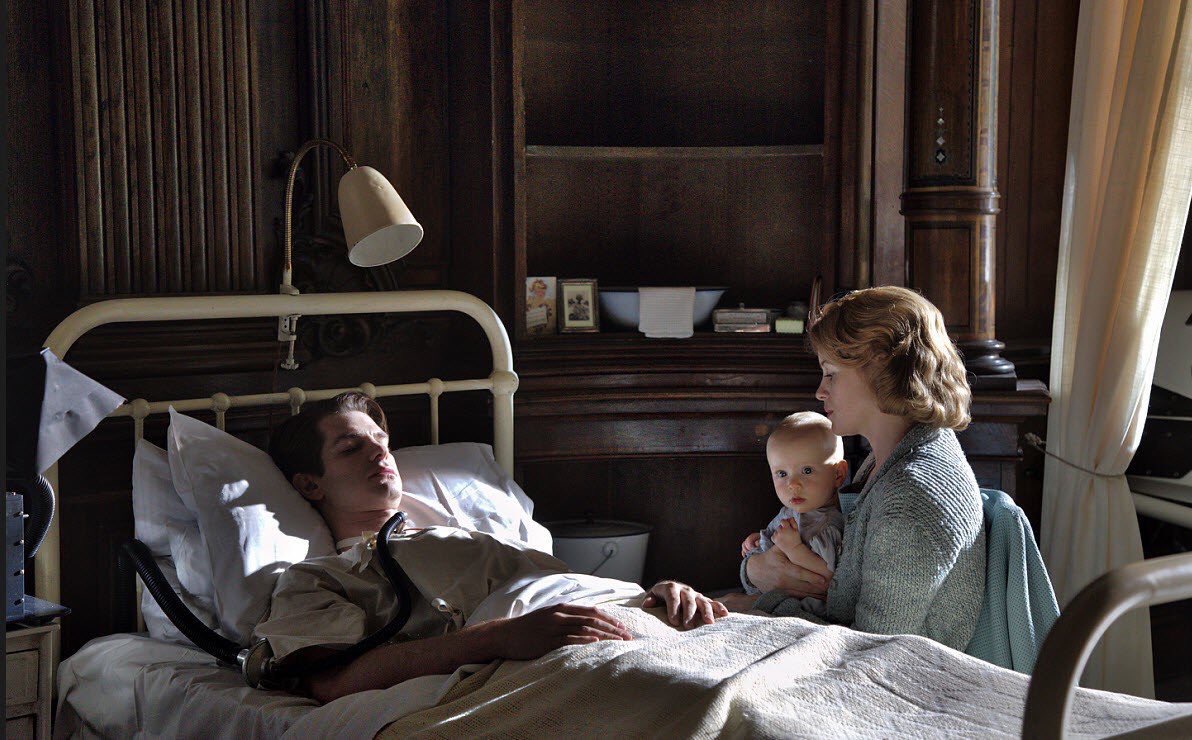 As it stands though, this is basically a standard biopic that doesn’t have any big moment of sadness. Not to say Breathe was terrible, but with the people attached to this inspirational story that’s needed to be told, surely it needed to be better than expected. For Serkis tackling this true story, this ends up becoming a disappointment, but it’s a good effort by showing that he had the passion bring this story to life.

Breathe shows that this inspiring true story needed to be told all because of its leads, but it ends up being a typical biopic with little sentimentality. Grade: C+