No matter what anybody thinks, film fanatics who love anything the comes from talented writer-director Paul Thomas Anderson is going to be head over heels no matter what others may say. His latest film Phantom Thread is already got gonna be made for the casual watchers, and his beautiful style will automatically show that case.

What’s the Story?: Renowned British dressmaker Reynolds Woodcock and his sister Cyril (Lesley Manville) are known for dressing the most famous people in the world when it comes to fashion in the late 1950s. When Reynolds comes across Alma (Vicky Krieps), a young, strong-willed woman, who soon becomes a fixture in his life as his muse and lover. Once this relationship starts to become something a bit more, that seems to take a dip when it comes becomes difficult for the both of them.

While I don’t consider myself a hardcore fan of PTA, he’s still one of the best directors working today even when I’m in the vast majority of people that didn’t like his last movie, Inherent Vice. And every time I watch the trailer for this film, a part of me thinks this looks intriguing, yet it could be boring. But there’s optimism to be found with Anderson since this is the second collaboration with Day-Lewis after the amazing 2007 epic There Will Be Blood with speculations that this might be Day-Lewis’ final role before retiring (highly doubt it). While I don’t think Phantom Thread is one of the best movies of the year, in my opinion, it’s fine, but nothing special.

Anderson’s style of direction is beautiful and believed to be shot on film. He wrote this drama believe that there’s gonna be this romance that might be filled with tension with the course of this relationship between Reynolds and Alma. Didn’t know until now that he was also the cinematography, which made it look like it was shot in the 50s.

Is there a performance from the 60-year-old that’s never bad? Probably not. He definitely gives another phenomenal performance, to anybody’s surprise, as the perfectionist Reynolds. Almost making the character his own, he feels like an actual person without thinking to yourself that’s Day-Lewis reading these lines off of Anderson screenplay. Being that he’s role tends to make him quiet and meticulous who’s a master of his workmanship along with her sister. It wouldn’t be hard to know that he actually knew how to make dresses to prepare himself for the film. Krieps is an actress that nobody has heard of and she’s terrific in a role that’s gonna get more attention later on in her career with a role that doesn’t mess around. 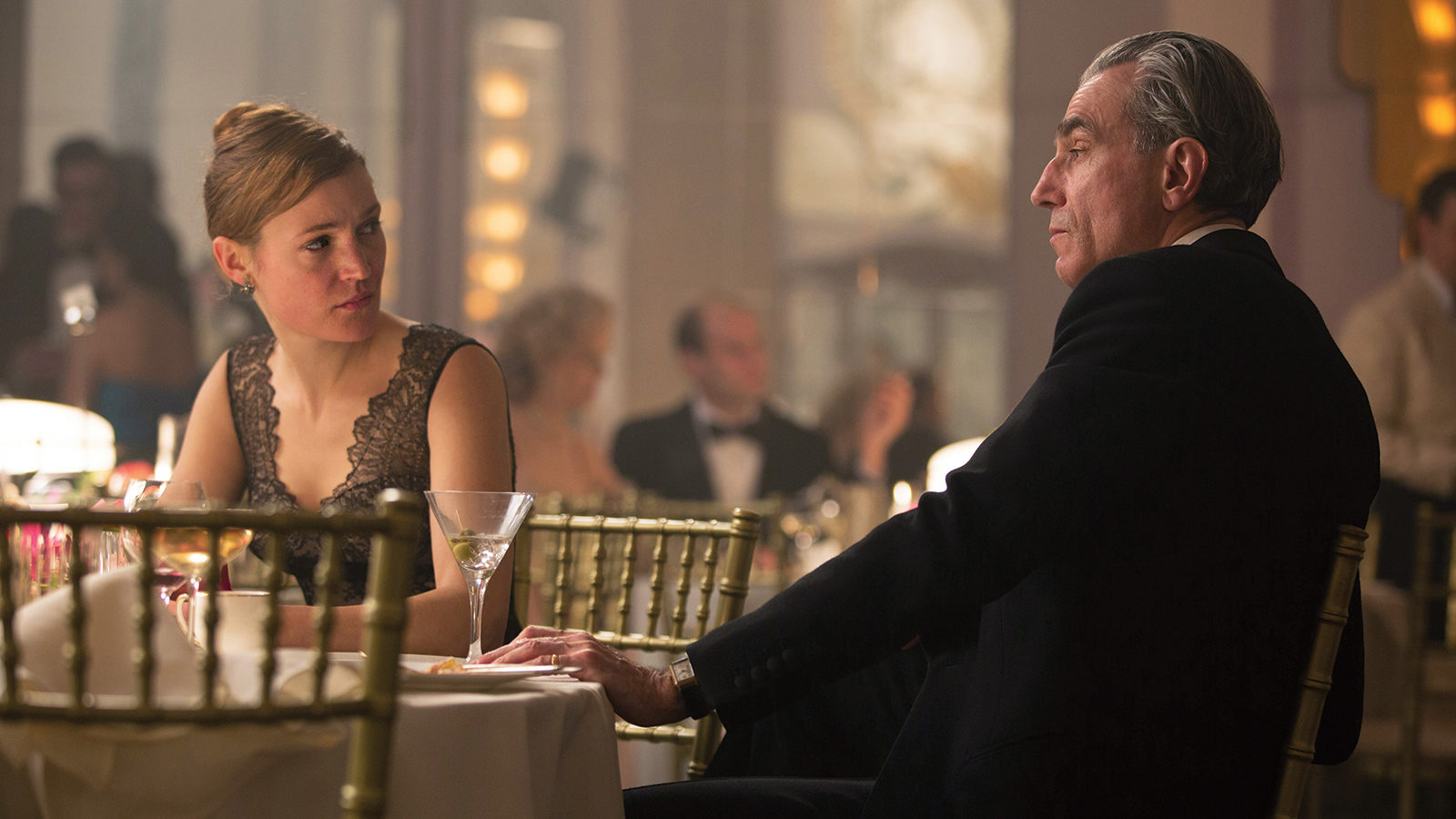 With the film focusing on fashion, I gotta give massive props to Mark Bridges’ costume design for all these beautiful dresses worn, and it’s probably the reason why it went on to win Best Costume Design at the Oscars. Also to be added, Mark Tildesley production design of the entire film is very unique and old-fashioned.

Like all of the films directed by Anderson, it can easily become apparent that it can be slow paced to where not a lot happens. It’s 130-minute runtime felt longer. Maybe it’s because I knew this was gonna have a lot of scenes that are dialogue driven where something like a burst of madness could’ve been approached; just to make it more interesting.

To me, Reynolds is just an unlikable character for me to latch on to throughout the entire movie. He doesn’t want to hear any noise while at breakfast so he can concentrate on his designs and one bit on of distraction will ruin his day. Because of his rash decisions, this makes his relationship with Alma difficult and no way of rooting for them near the end. Kind of feels like Reynolds doesn’t need anybody in his line of work.

Radiohead’s Jonny Greenwood reunites with Anderson to compose another score and it’s classical, yet melodious pieces are well done. 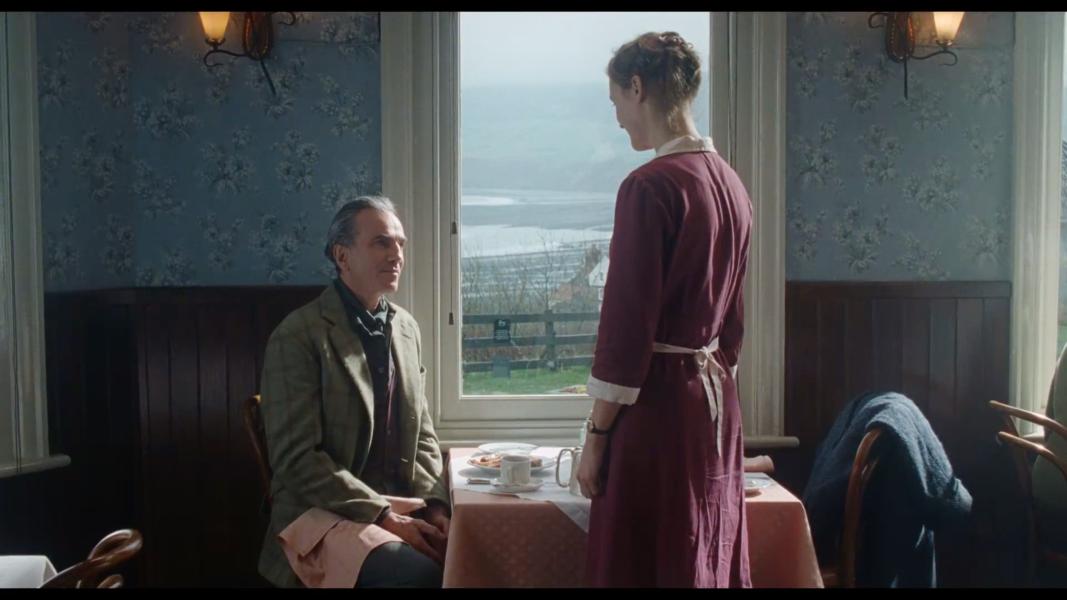 Many people love this for being stylish and subversive and will likely end up on their best list. For me, it’s one of those period dramas that isn’t gonna have a lasting impression on me. Which is sad because I went into this with low expectations and I wanted to really like it. Phantom Thread has many things going for it, but it falls under the kinds of movies that fans like these overhype to the point where you can’t get on board with the rest of them. If this is indeed Day-Lewis’s last film, he goes out with a win, as always.

Phantom Thread surrounds itself with romance, tension and outstanding performances from Day-Lewis and Vicky Krieps, however, its very clear that not major PTA fans will enjoy this ambitious drama. Grade: C+