In a year full of surprises, I was very apprehensive about how this prequel will turn out as this could’ve been terrible. But Matthew Vaughn did a great job at revamping this franchise with X-Men: First Class. James McAvoy and Michael Fassbender were both terrific as Charles Xavier/ Professor X and Erik Lehnsheer/ Magneto, respectively showing how the X-Men came to be in the coolest way.

This fourth installment in this franchise could’ve run it to the ground in the quickest and dumbest way possible, but Mission: Impossible- Ghost Protocol is exciting from every moment proving that Tom Cruise is still the action star he is providing the best scene of the year as he climbs the tallest building in the world. Brad Bird directed the slickest action movie of the year.

Great performances from Emma Stone, Viola Davis, and Octavia Spencer and a great adaptation of the best-selling book, The Help is a great drama that felt so lively. It was funny, touching, and realistically how everybody was treated in that way back then. Very much so a sleeper hit of the year.

Martin Scorsese’s family-film Hugo is definitely different from all of his other films, but this is very much so for film lovers all around in this fantasy that’s very appealing. Everything from the Scorsese’s directing, cinematography, visual style, and performances from Asa Butterfield as the titular character and the best performance I’ve seen from Ben Kingsley in years, Hugo is full of delight with giving a great lesson about film history. And this was the best 3D movie I have ever seen in way Scorsese knows how to utilize it in a positive and useful way. 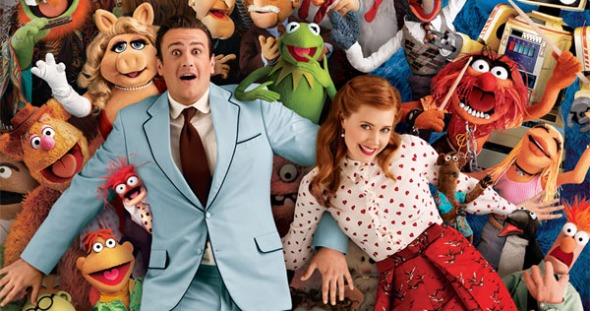 I grew up loving these guys for many years, and now they’re truly back with the best movie they’ve been in since the first Muppets movie. Full of hilarious moments, catchy songs, and gaining some love for the younger crowd, The Muppets is a back to form in many ways performed.

5) The Girl with the Dragon Tattoo (David Fincher)

Never seen the original Sweden version, this is a remake that’s absolutely needed for an American audience. David Fincher’s The Girl with the Dragon Tattoo is very fast-paced for a nearly three-hour film that has a dark and sinister tone that fits perfectly along with the suspense and knockout performances from Rooney Mara and Daniel Craig.

Having no expectations for Bridesmaids whatsoever, it turned out to be one of the funniest movies to ever come out. This could’ve been a very dumb R-rated comedy for only women will love, but everyone can have fun with this. This was a million times better than Hangover Part II in many ways performed. There are many laugh-out-loud moments that are held together by this screenplay and a cast of funny women like Kristen Wiig and especially Melissa McCarthy, who is a scene-stealing role. Unforgettable comedy for the ages.

Who knew a movie about cancer can be funny while also being touched? Didn’t think I was going to like this all that much, and it succeeded in me loving this. 50/50 lifted up my spirits after watching the story of a man diagnosed with cancer but has a 50/50 chance of living. The film has a great balance at controlling the comedy and drama with the subject matter of cancer very nicely. Great script, heartwarming, and a phenomenal performance from Joseph Gordon-Levitt. Also, this made me fall in love with Anna Kendrick.

Meshing the elements of classics like The Goonies, ET, and Stand By Me together and you got yourself a brilliant film of the summer Super 8. There’s so much to adore about this sort-of coming of age story that’s surprisingly emotional. J.J. Abrams directed a soon to be Sci-Fi classic that’s great for its Spielberg (who produced it) type vibe throughout, the magnificent musical score, and a great bunch of young talents that were great. Super 8 keeps you in suspense about what’s happening in this town without giving anything away. The greatest scene this year is the entire train crash sequence and the best ending of the year.

Harry Potter has changed the lives of so many people ever since the books came out as well when the Sorcerer’s Stone came out. After watching the other films before this came out, it made me very sad it’s ending so soon. Harry Potter and the Deathly Hallows- Part 2 is the greatest and satisfying finale of any film franchise that doesn’t pull any punches. Amazing action, terrific performances from everybody from Daniel Radcliffe to Alan Rickman, visually spectacular, and an ending you don’t want to happen. Not since Return of the King has a movie defined a touching conclusion to not only a splendid franchise but to a phenomenal cinematic hero.